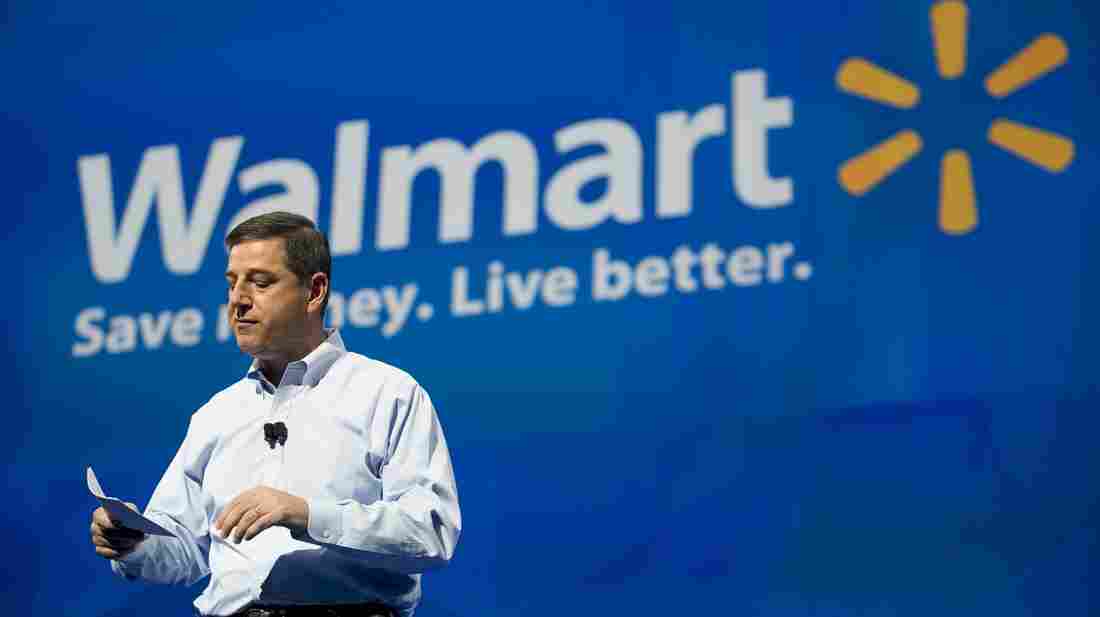 Wal-Mart U.S. CEO Bill Simon speaks to shareholders at Bud Walton Arena in Fayetteville, Ark., during this week's shareholders' meeting. The company is coping with a bribery scandal, as well as demands from workers. Gareth Patterson/AP hide caption 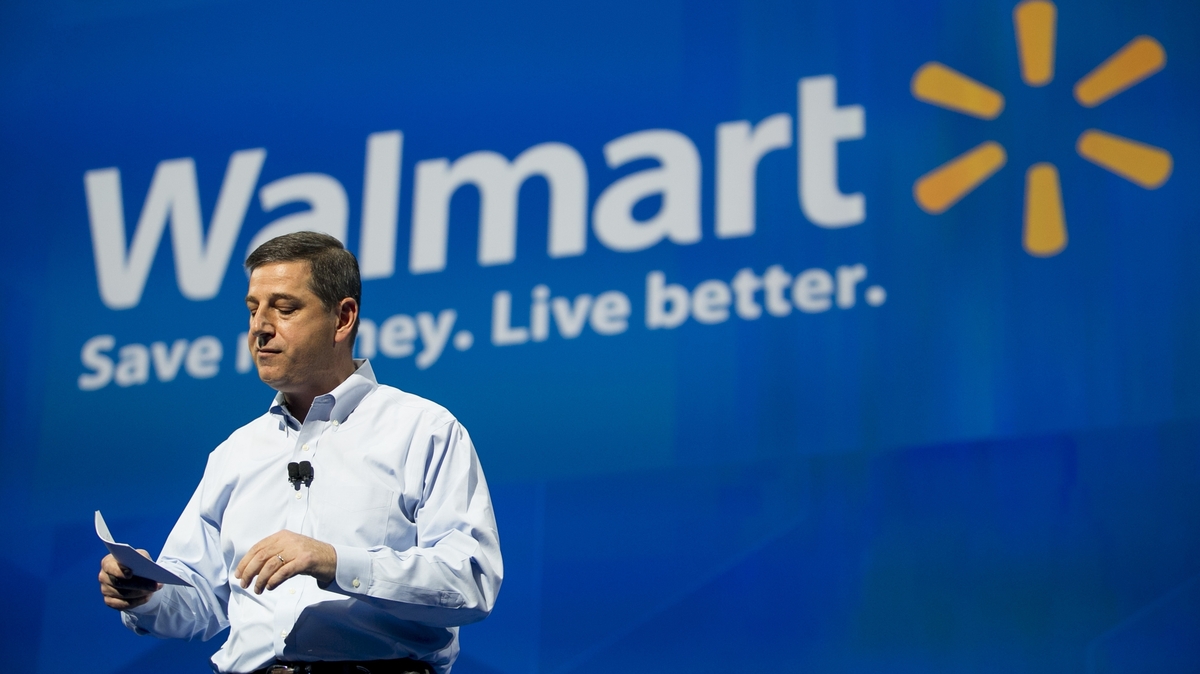 Wal-Mart U.S. CEO Bill Simon speaks to shareholders at Bud Walton Arena in Fayetteville, Ark., during this week's shareholders' meeting. The company is coping with a bribery scandal, as well as demands from workers.

Despite a court-issued restraining order, the protesters, including workers who are on strike, decried low wages and called for better safety procedures for supply-chain workers. And some of their views were heard inside the meeting, as well.

The strikers were in Bentonville, Ark., with the support of the United Food and Commercial Workers Union and the labor group OUR Walmart.

Akter took the stage to deliver a speech recommending the adoption of Proposal No. 5, a measure that would give shareholders of 10 percent of common stock the ability to call a special meeting. Such meetings would be useful, she said, in crafting responses to incidents such as the recent collapse of the the Rana Plaza garment factory complex, which killed more than 1,100 people in Bangladesh.

After that tragedy, several large European clothing companies said they will band together to create a program for inspecting factories and ensuring safety upgrades to protect workers. Last month, Wal-Mart said it would not be part of that effort, preferring instead to create its own plan, as The Two Way reported.

That didn't satisfy Akter, who noted that repairs that would make the company's factories safer had been deemed too expensive, despite equaling "just two tenths of 1 percent of the company's profit last year."

"Forgive me, but for years every time there's a tragedy Wal-Mart officials have made promises to improve the terrible conditions in my country's garment factories, yet the tragedies continue," Akter said. "With all due respect, the time for empty promises is over."

Wal-Mart employs more than 2 million people around the world, according to the company. It generated sales of around $466 billion in fiscal year 2013. Friday, Wal-Mart executives unveiled a plan to buy back $15 billion in stock.

"This year's shareholders' meeting comes at a time of turmoil for the world's largest retailer, which finds itself dealing with empty shelves, labor unrest, bribery scandals and tumbling sales," as Daily Finance reports.