Accessibility links
Report: Accidents Likely In Environmentally Fragile Seas : The Two-Way The WWF study says that the delicate South China Sea, Mediterranean and North Sea are also among the most prone to shipwrecks. 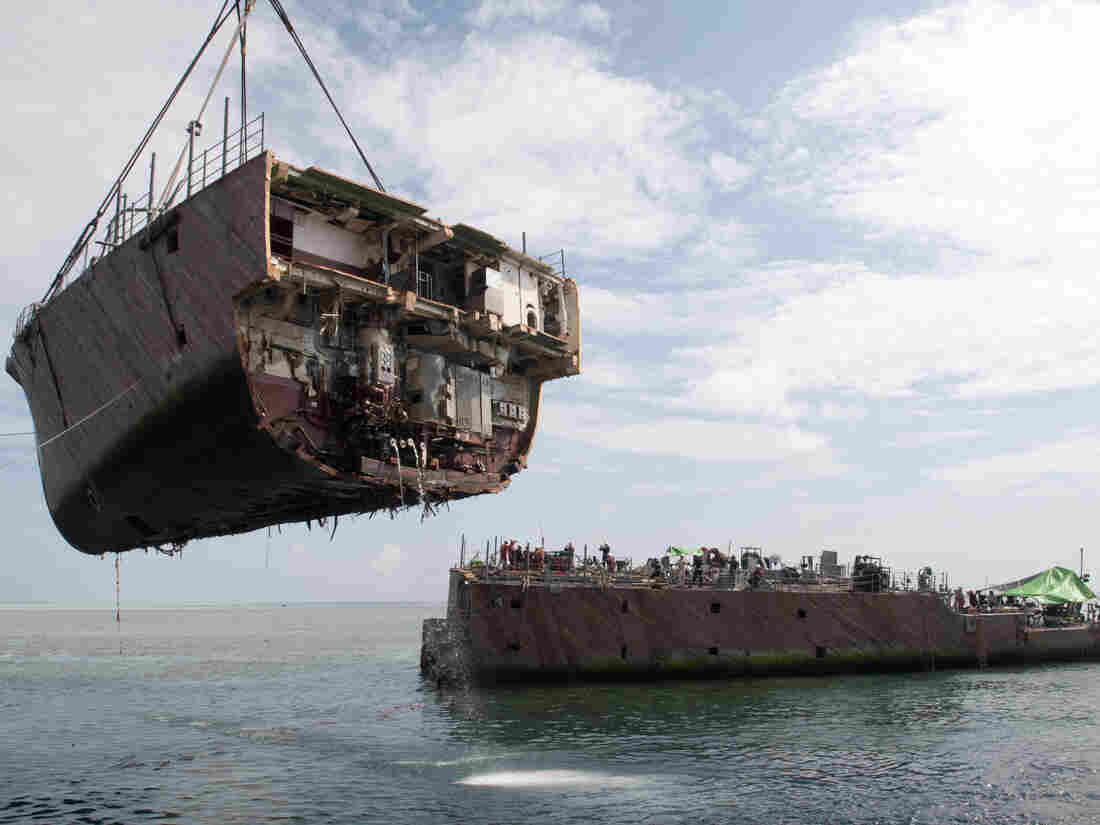 The bow of the mine countermeasure ship Guardian is removed in March in the Sulu Sea, Philippines. The Guardian ran aground on the Tubbataha Reef in January. U.S. Navy/Getty Images hide caption 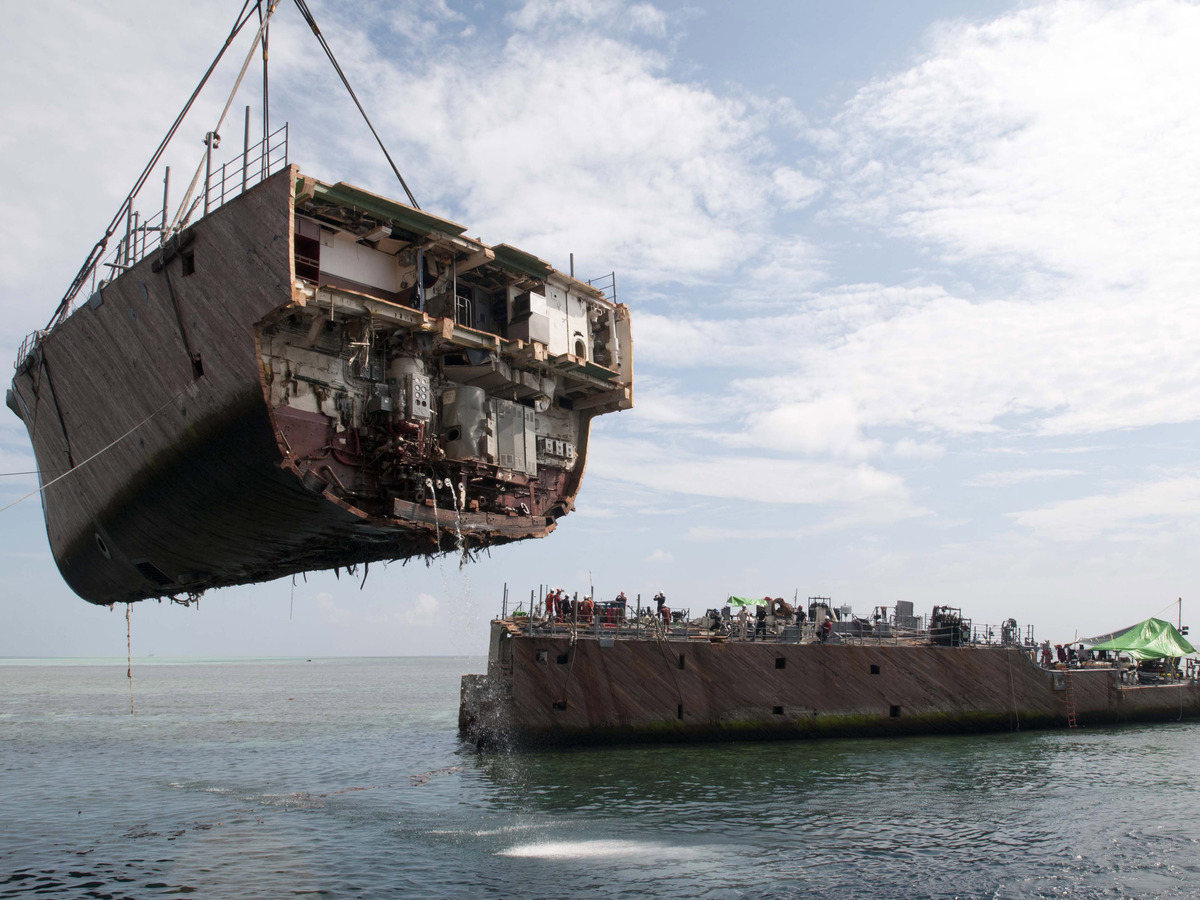 The bow of the mine countermeasure ship Guardian is removed in March in the Sulu Sea, Philippines. The Guardian ran aground on the Tubbataha Reef in January.

Many of the world's most accident-prone waters for shipping are also among the most delicate marine ecosystems, according to a new study released Friday by WWF International.

The fear of something like a major oil spill in environmentally sensitive waters comes as the number of vessels plying the world's oceans has risen 20 percent in the past 15 years, from 85,000 to 105,000, the report, released on World Oceans Day, says.

"Since 1999 there have been 293 shipping accidents in the South China Sea and East Indies, home of the Coral Triangle and 76 percent of the world's coral species," says Simon Walmsley, WWF International's marine manager. "As recently as April this year we've seen a Chinese fishing boat run aground on a protected coral reef in the Philippines that had already been damaged by a U.S. Navy ship in January."

The report says that general cargo vessels account for 40 percent of all ships lost at sea, and fishing boats for nearly a quarter.

"Climate change models show increased storm surges, changing wind and wave patterns and extreme weather events which are likely to exacerbate the risks of foundering leading to potential catastrophic environmental destruction. Fifty percent of all accidents are caused by foundering, where a boat sinks due to rough weather, leaks or breaking in two."

In a report issued by Allianz Global Corporate and Specialty Insurance earlier this year, the company concluded that while shipping accidents were up in the year before the study's issue, they were down 27 percent on a 10-year average.

"Despite this long-term downward trend, driven by technology, training and regulation and a proactive response from the shipping industry to safety improvement, human error remains the core challenge," Allianz said.

WWF says that "as the global fleet continues to expand rapidly and begins to operate routinely in more risky areas, the probability of accidents and likely severity of impacts will again increase unless precautionary measures are put in place to address identifiable risk factors."

The environmental watchdog group says new ports are being built to transport coal from Australia, which would bring more traffic in the vicinity of the Great Barrier Reef, the world's largest coral reef system. It also warns about the dangers from shipping in the Arctic region.

Walmsley called for exposing "irresponsible and badly performing owners and countries ... in order to motivate them to significantly increase their standards."