Accessibility links
Newspaper Reveals Source For NSA Surveillance Stories : The Two-Way The Guardian says a former technical adviser for the CIA who now works for a defense and technology consultancy is responsible for the leaks. 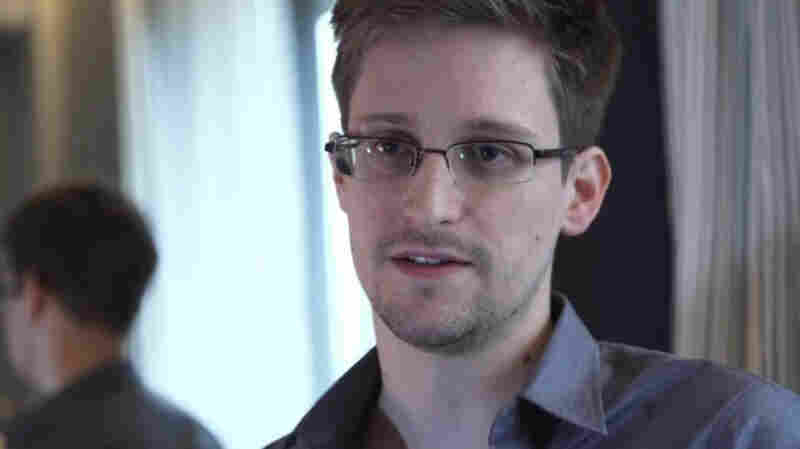 In a 12-minute video on The Guardian's website, Edward Snowden, a former technical assistant for the CIA talks about how American surveillance systems work and why he decided to reveal that information to the public. The Guardian hide caption 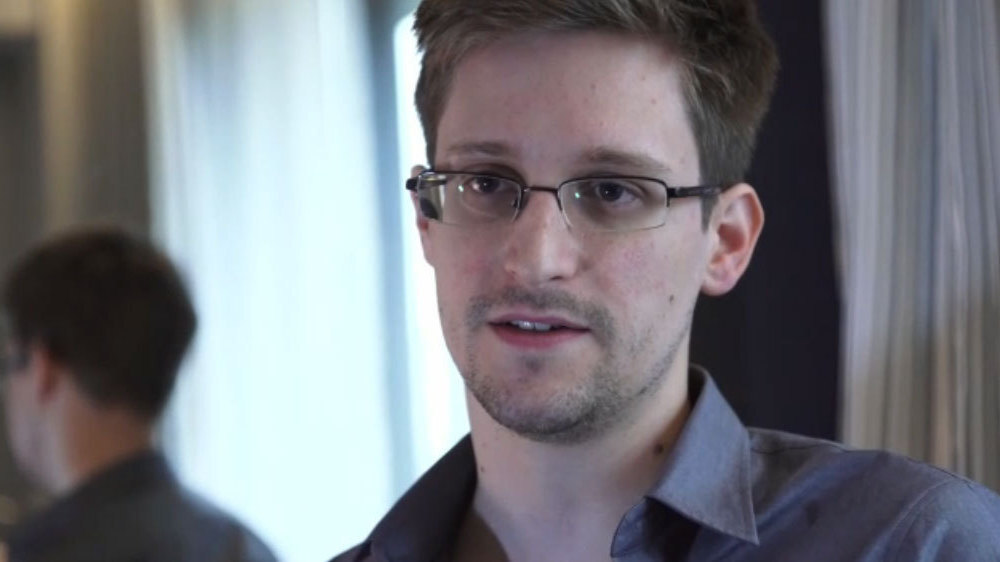 In a 12-minute video on The Guardian's website, Edward Snowden, a former technical assistant for the CIA talks about how American surveillance systems work and why he decided to reveal that information to the public.

The Guardian newspaper has identified the source for a series of reports it's published in recent days on secret U.S. surveillance activity as a former technical assistant for the CIA who now works for a private-sector defense and technology consulting firm.

The U.K. newspaper broke the story of the NSA's acquisition of phone metadata and monitoring of Internet data through a program called PRISM. On Sunday, The Guardian revealed Edward Snowden, who now works for Booz Allen Hamilton, is the source of the classified leaks.

The newspaper says Snowden, 29, asked that his name be made public as the source of the leaks.

In a video that is part of the Guardian's story, Snowden talks about his decision to come forward.

"I don't want to live in a society that does these sorts of things," he says in the video, dated June 6.

"I have no intention of hiding who I am because I know I have done nothing wrong," Snowden says.

He says he's been a systems engineer, systems administrator, senior adviser for the Central Intelligence Agency and a solutions consultant.

"When you're in positions of privileged access like a systems administrator, for some of these intelligence community agencies, you're exposed to a lot more information on a broader scale than the average employee," he says in the video. "Because of that, you see things that may be disturbing."

Snowden says felt compelled to become a whistleblower because "these things need to be determined by the public, not just someone who was hired by the government."

"In a note accompanying the first set of documents he provided, he wrote: 'I understand that I will be made to suffer for my actions,' but 'I will be satisfied if the federation of secret law, unequal pardon and irresistible executive powers that rule the world that I love are revealed even for an instant.'

"Despite his determination to be publicly unveiled, he repeatedly insisted that he wants to avoid the media spotlight. 'I don't want public attention because I don't want the story to be about me. I want it to be about what the US government is doing.'"

The newspaper reports that three weeks ago, while Snowden was still working at the NSA office in Hawaii, he copied "final documents" that he intended to disclose and informed his supervisor that he "needed to be away from work for 'a couple of weeks'" for medical treatment of his epilepsy.

The report says he boarded a flight to Hong Kong on May 20, where he has remained since.

"He chose the city because 'they have a spirited commitment to free speech and the right of political dissent,' and because he believed that it was one of the few places in the world that both could and would resist the dictates of the U.S. government," the newspaper says.

"The Department of Justice is in the initial stages of an investigation into the unauthorized disclosure of classified information by an individual with authorized access," according to a statement from Justice Department spokeswoman Nanda Chitre.

"Consistent with long standing Department policy and procedure and in order to protect the integrity of the investigation, we must decline further comment."

In a statement, Shawn Turner, a spokesman for the Office of the Director of National Intelligence, referred the matter to the Justice Department, adding: "The Intelligence Community is currently reviewing the damage that has been done by these recent disclosures. Any person who has a security clearance knows that he or she has an obligation to protect classified information and abide by the law."
Update at 6:23 p.m. ET 'Did Absolutely Nothing Wrong':

Glenn Greenwald, the reporter on the Guardian story, was interviewed by Tess Vigeland, guest host of weekends on All Things Considered. In part, he said:

"His attitude is that he believes he did absolutely nothing wrong, he did the right thing in his view. ... and because he feels like he did the right thing, he doesn't want to hide in shame or try and evade public detection. He wants there to be a debate triggered around the policies that are very consequential and yet very secret."

"Guardian" reporter Glenn Greenwald on weekends on "All Things Considered"

"Booz Allen can confirm that Edward Snowden, 29, has been an employee of our firm for less than 3 months, assigned to a team in Hawaii," the statement said. "News reports that this individual has claimed to have leaked classified information are shocking, and if accurate, this action represents a grave violation of the code of conduct and core values of our firm. We will work closely with our clients and authorities in their investigation of this matter."