Accessibility links
The Gamma Delphinids Are Coming: 'Elusive' Meteor Shower Tonight : The Two-Way They travel at about 127,500 miles per hour, and NASA calls them "elusive" and "scarcely known." Tonight could bring the best views of the gamma Delphinid meteor shower since 1930. 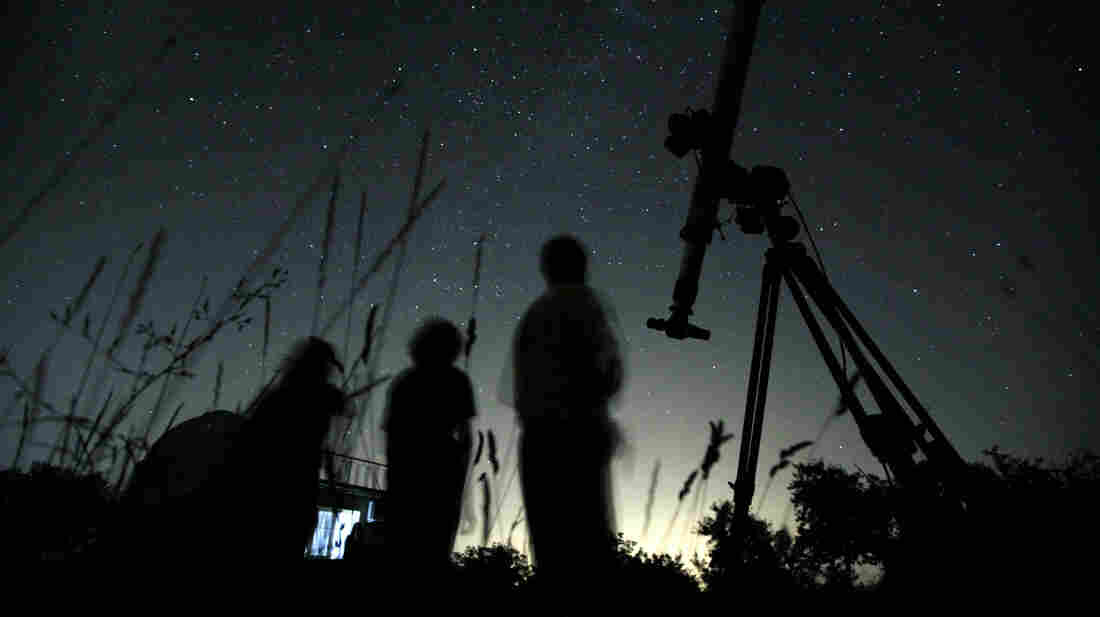 Tonight might bring the best chance to view the gamma Delphinid meteor shower in the United States since 1930, according to NASA. Here, astronomers watch the night sky for the Perseid meteor shower, in a file photo. Petar Petrov/AP hide caption 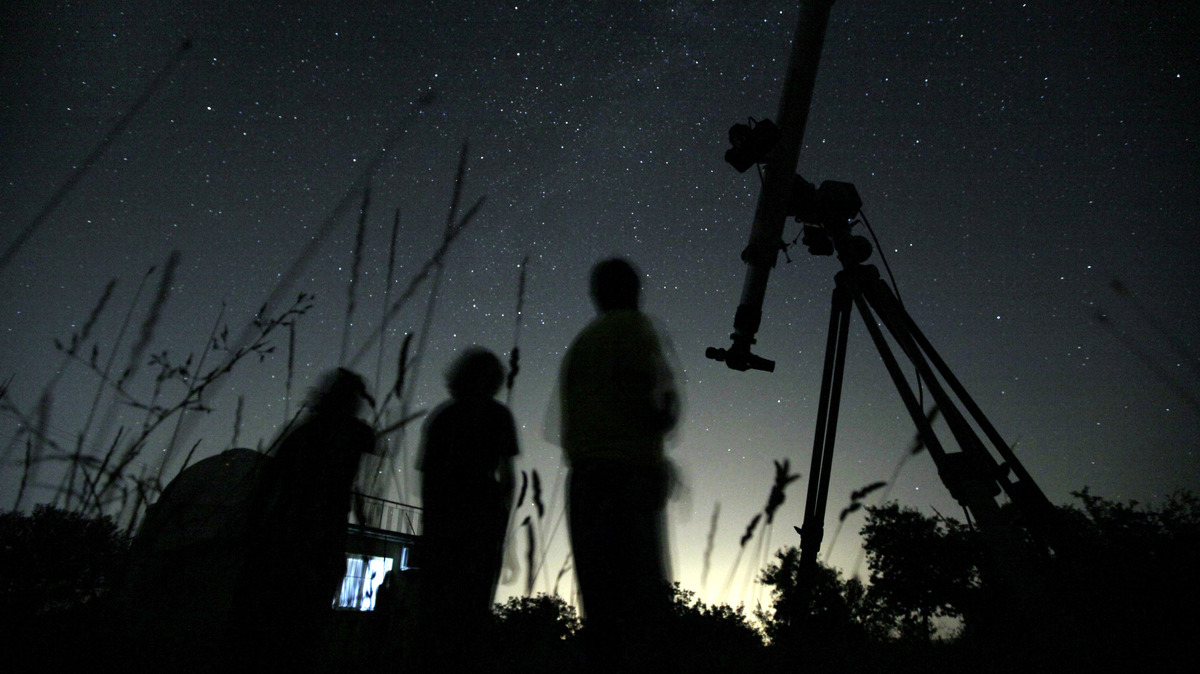 Tonight might bring the best chance to view the gamma Delphinid meteor shower in the United States since 1930, according to NASA. Here, astronomers watch the night sky for the Perseid meteor shower, in a file photo.

The gamma Delphinids are coming to Earth tonight, NASA says, as it predicts that the early hours of Tuesday, June 11, will bring the best visibility of the meteors since they were first observed in 1930. People in North and South America may be able to spot them in areas with dark skies, the agency says.

Because no viewing of the gamma Delphinids has been strongly confirmed since a group of Maryland sky watchers reported seeing them in 1930, the meteor shower has retained an air of mystery.

"No one knows the strength of this display or whether it will occur at all. It would most likely be of short duration (less than one hour and perhaps as short as 15 minutes)," writes Robert Lunsford of the American Meteor Society. "This is not something one can stand outside and try to witness. Serious observers should be comfortable in a lounge chair and watch for at least an hour."

NASA calls the meteor shower "elusive," "scarcely known," and fast, saying that, "If they exist, gamma Delphinids move at a speed of 57 km per second, or 127,500 miles per hour — pretty fast for meteors."

"The gamma-Delphinids are one of a dozen rare meteor showers for which only anecdotal evidence exists," says astronomer Geert Barensten. "Such showers are thought to be caused by the dust trails of unknown long-period comets."

If you'd like to see the meteor shower, here are some tips from NASA:

"The best way to see the gamma Delphinids is to go outside between midnight and dawn on the morning of June 11. Allow about 45 minutes for your eyes to adjust to the dark. Lie on your back and look straight up. It is possible that some gamma Delphinids can appear as early as the night of June 10 starting at 9:30 p.m. local time, which marks the rise of the constellation Delphinus in the eastern sky. However, the peak of the shower is projected for early morning on June 11 around 4:30 a.m. local time, which roughly coincides with the time when Delphinus is highest in the sky."

NASA will host a web chat about the meteor shower tonight, beginning at 11 p.m. ET and running until 3 p.m. The same page will also host live streaming video of the sky as seen from the Marshall Space Flight Center in Huntsville, Ala.

And the agency also wants to collect images and video of the meteor shower, at a Flickr group it has set up for the occasion.

"Scientists have been working on calculations, and given that we have minimal interference from the waxing crescent moon, this year is an excellent opportunity for a stargazer to contribute meaningful science for this elusive meteor shower," said Bill Cooke, who heads NASA's Meteoroid Environment Office.