Accessibility links
He Broke The NSA Leaks Story, But Just Who Is Glenn Greenwald? : The Two-Way A lawyer who turned to blogging and then to writing books and columns, Greenwald isn't shy about sharing his opinions. Now he's at the center of the stories about U.S. spy agencies' surveillance programs. It's Greenwald who broke the news in The Guardian.

He Broke The NSA Leaks Story, But Just Who Is Glenn Greenwald?

He Broke The NSA Leaks Story, But Just Who Is Glenn Greenwald? 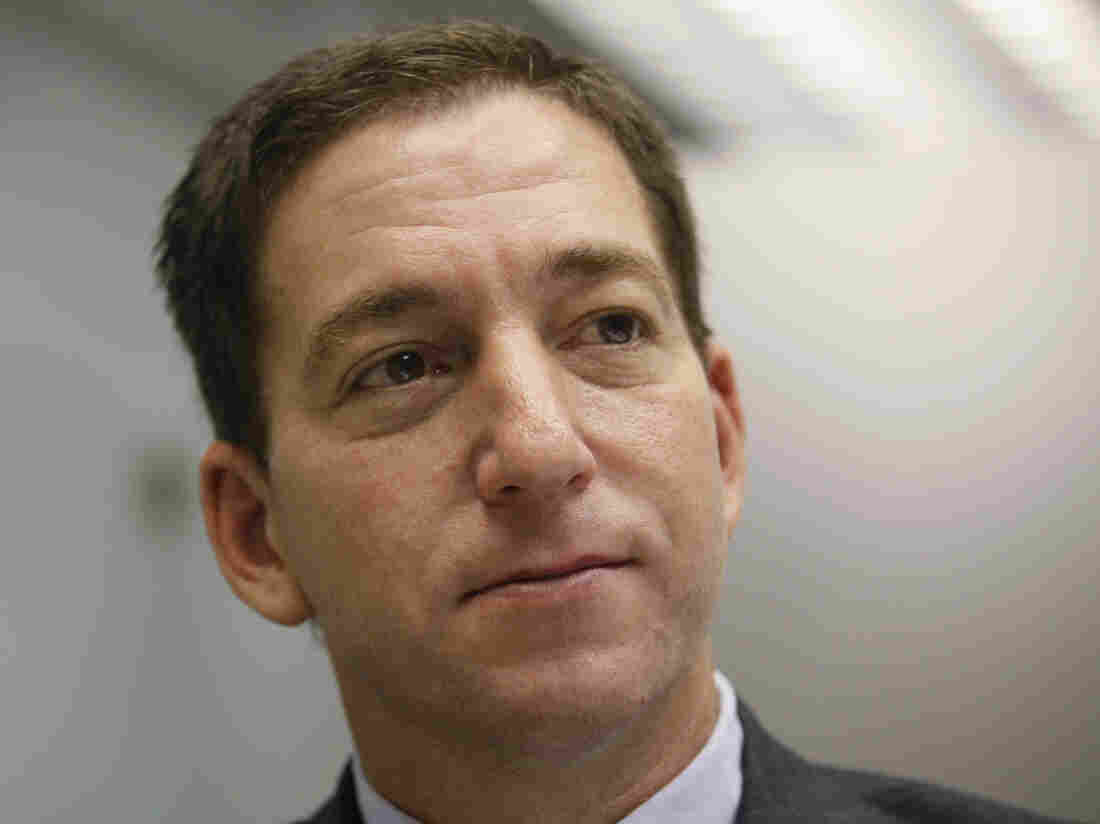 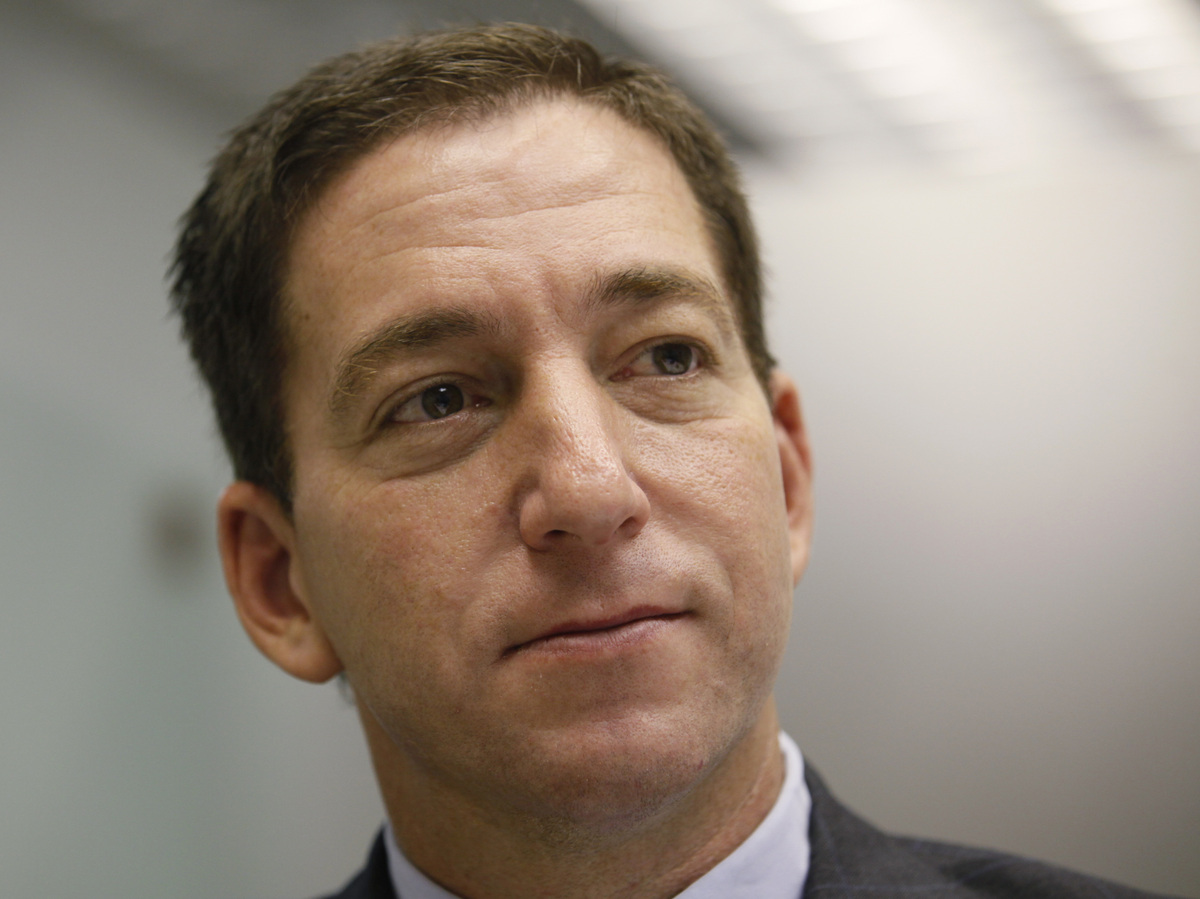 He's an advocate, an activist, a lawyer, a blogger, a columnist, an author and an award-winning investigative journalist.

Now, Glenn Greenwald is at the center of the stories about surveillance and data-collection programs being run by the National Security Agency.

Described most succinctly as a "columnist on civil liberties and U.S. national security issues for The Guardian," Greenwald last week broke the news that the NSA has been "collecting the telephone records of millions of U.S. customers of Verizon."

He followed with a report that the NSA "has obtained direct access to the systems of Google, Facebook, Apple and other U.S. Internet giants, according to a top secret document obtained by the Guardian."

Barton Gellman, a former Washington Post staffer now writing under contract for that newspaper, also landed with stories about the NSA's programs. Both Greenwald and Gellman say the source for their reports was Edward Snowden, who in turn says he collected the information while working as a computer security specialist for the defense contractor Booz Allen Hamilton.

Gellman can certainly share some of the credit for the scoops. But it's Greenwald who has been front-and-center in interviews with news outlets around the world (including NPR). That means it's worth learning more about this 46-year-old Florida native who isn't shy about treading into territory that most journalists from the mainstream media try to avoid — advocating, as well as reporting.

-- He began by blogging, and thinks like a litigator. "Greenwald ... came to mainstream journalism through his own blog, which he started in 2005. Before that he was a lawyer, including working 18 months at the high-powered New York firm Wachtell, Lipton, Rosen & Katz, where he represented large corporate clients. 'I approach my journalism as a litigator,' he said. 'People say things, you assume they are lying, and dig for documents to prove it.' " (The New York Times)

-- He's passionate about privacy. When it comes to privacy, "the topic is personal for Greenwald. ... The former constitutional and civil rights lawyer, educated at the New York University Law School, began the Unclaimed Territory blog in 2005 and wrote How Would a Patriot Act? a year later. The book criticized the Bush administration for its use of executive power. ... Greenwald described the [NSA's] collection of phone records on Monday as 'rampant abuse and it needs sunlight. That's why [Snowden] came forward and that's why we published our stories.' " (The Associated Press)

-- His passion may be an "antidote" to the way Washington reporters work, but also may constrain his work. Another columnist/blogger who's not afraid to share his opinions, Andrew Sullivan, exchanged emails with New York Times reporter Leslie Kaufman during her reporting of the Times' profile of Greenwald. Sullivan told Kaufman that Greenwald's "passion is a great antidote to the insidery access-driven village of Washington journalism, but at times, I think he has little grip on what it actually means to govern a country or run a war. He's a purist in a way that, in my view, constrains the sophistication of his work."

It's that last point that an old reporter such as this blogger finds fascinating.

Jay Rosen, journalism professor at New York University journalism professor and Press Think blogger tells the AP that Greenwald's clearly stated points of view on issues strengthen his reporting. Rosen notes that Greenwald has been critical of both President Obama, a Democrat, and his Republican predecessor. Some sources turn to writers like Greenwald because of the columnists' commitment to positions — putting "journalists whose professional stance is no commitment ... at a disadvantage," Rosen said.

But the AP adds that "Greenwald's known feelings ... 'leave a little opening for critics,' said Ellen Shearer, head of the national security journalism initiative at Northwestern University." Some readers may believe he ignores facts that don't fit his viewpoint.

What's clear is that Greenwald works in a way that's both true to a long-standing tradition — columnists have always let their opinions show — and in a way that's new and rapidly changing. After all, a decade ago blogs were still relatively rare and few people would have predicted that someone would leap from that platform to the website and front page of a newspaper read around the world.

Nor would many have predicted that someone who lives in Brazil would break a major story about the U.S. national security apparatus on the website of a British newspaper. (As the Times notes, Greenwald lives in Brazil. His partner "cannot emigrate to the United States because the federal government does not recognize same-sex marriages as a basis for residency applications.")

Ultimately, of course, it's whether the stories stand up that determine whether the work done by columnists/bloggers/advocates such as Greenwald stands the test of time. And so far, the basics of the stories broken by Greenwald and Gellman have not been undermined.

We'll end with a question that hopefully sparks some discussion.