Accessibility links
At Least 93,000 Syrians Have Died During Conflict, U.N. Says : The Two-Way The "shockingly high levels" of killings continue in Syria, says U.N. High Commissioner for Human Rights Navi Pillay. The U.N. puts much of the blame on the Assad regime.

At Least 93,000 Syrians Have Died During Conflict, U.N. Says

At Least 93,000 Syrians Have Died During Conflict, U.N. Says 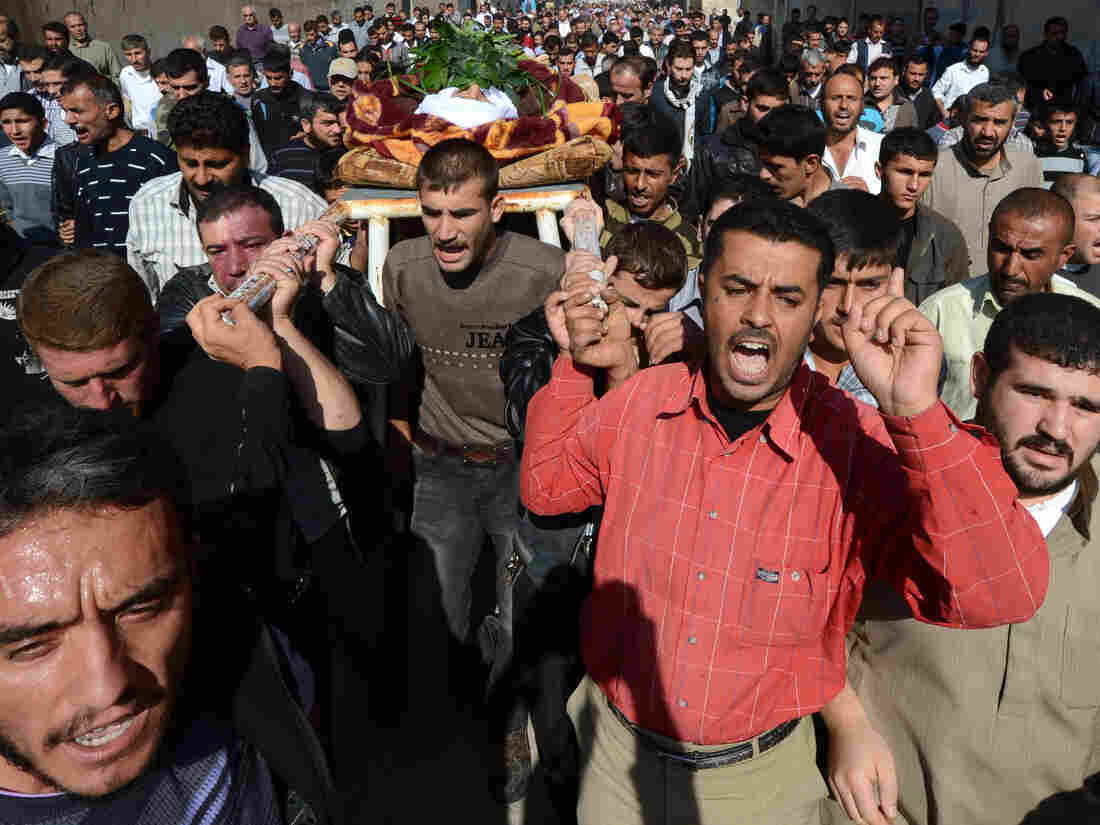 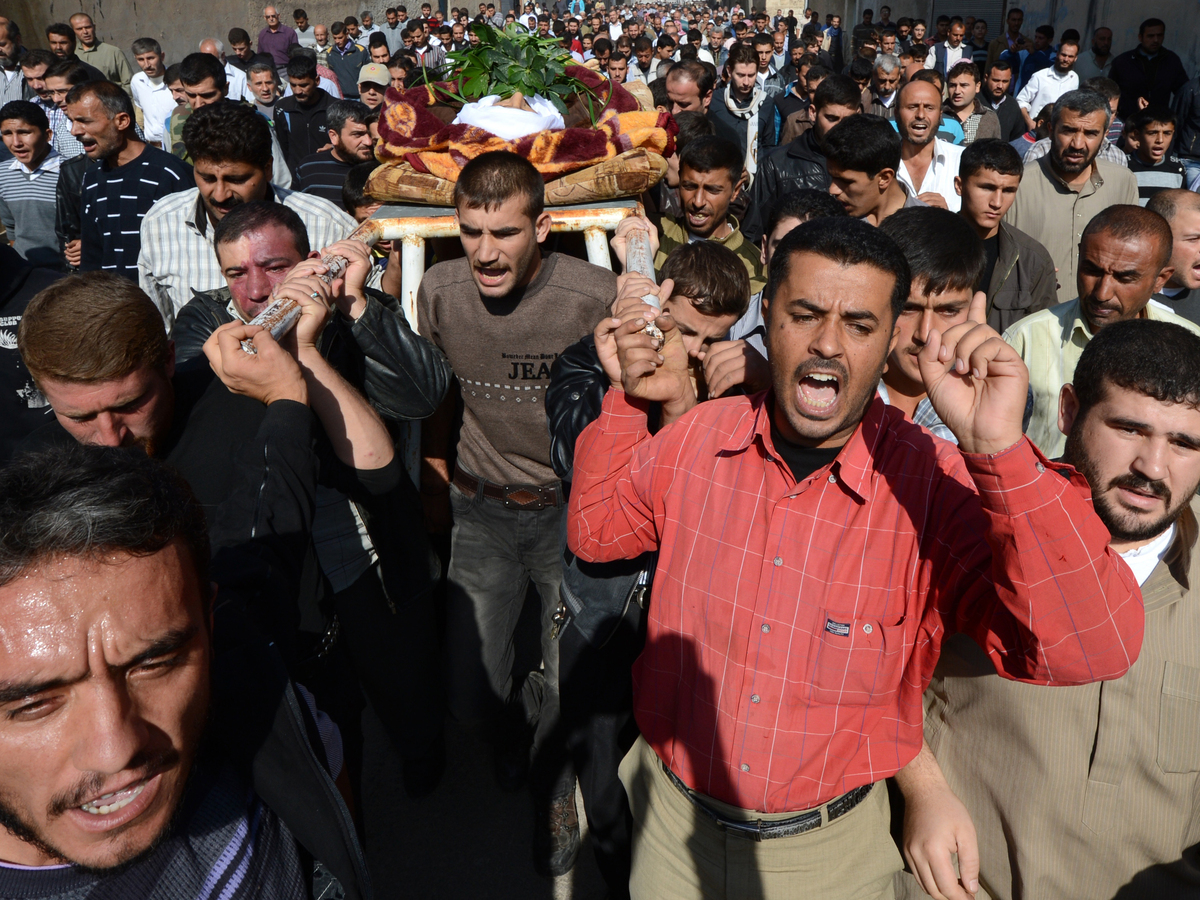 Mourners carry the body of a man killed last fall in the northern Syrian town of Azaz.

"The constant flow of killings continues at shockingly high levels," the U.N. high commissioner for human rights said Thursday as her office reported there have been at least 92,901 conflict-related deaths in Syria since March 2011.

That figure, based on "killings that are fully identified by the name of the victim, as well as the date and location of death," is likely "undercounting the true total number of conflict-related killings," the U.N. concludes.

Its researchers believe that "many killings remain undocumented."

As recently as January, High Commissioner for Human Rights Navi Pillay had said her office thought about 60,000 Syrians — mostly civilians — had been killed in the battles between forces loyal to President Bashar Assad and the militias that have risen up against him or in attacks on rebel and government strongholds.

In her statement Thursday, Pillay put much of the responsibility for the carnage on the Assad regime, but also noted that opposition forces bear some of the blame:

"This extremely high rate of killings, month after month, reflects the drastically deteriorating pattern of the conflict over the past year. As clearly indicated in the latest report by the Commission of Inquiry on Syria, civilians are bearing the brunt of widespread, violent and often indiscriminate attacks which are devastating whole swathes of major towns and cities, as well as outlying villages. Government forces are shelling and launching aerial attacks on urban areas day in and day out, and are also using strategic missiles and cluster and thermobaric bombs.

"Opposition forces have also shelled residential areas, albeit using less fire-power, and there have been multiple bombings resulting in casualties in the heart of cities, especially Damascus."