Accessibility links
4 Exchanges You Should Listen To About NSA Surveillance : The Two-Way Members of the House Judiciary Committee grilled FBI Director Robert Mueller about the electronic surveillance of Americans. These are four highlights.

Listen
4 Exchanges You Should Listen To About NSA Surveillance

4 Exchanges You Should Listen To About NSA Surveillance 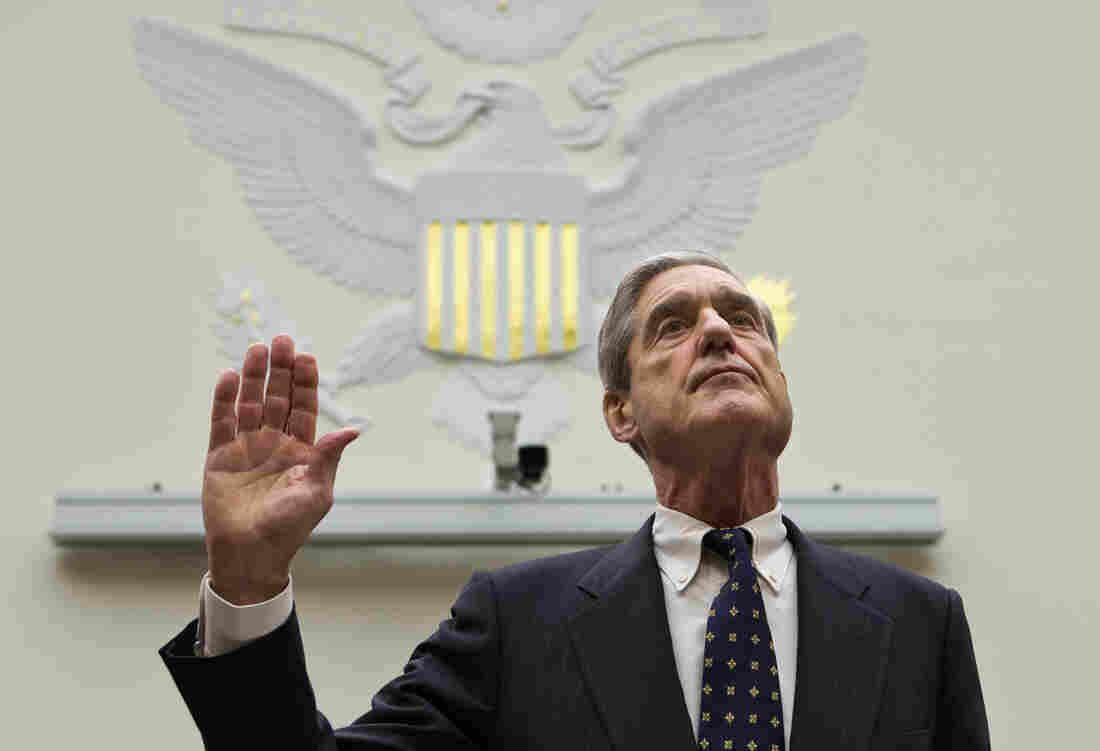 FBI Director Robert Mueller is sworn in on on Capitol Hill in Washington, on Thursday. J. Scott Applewhite/AP hide caption 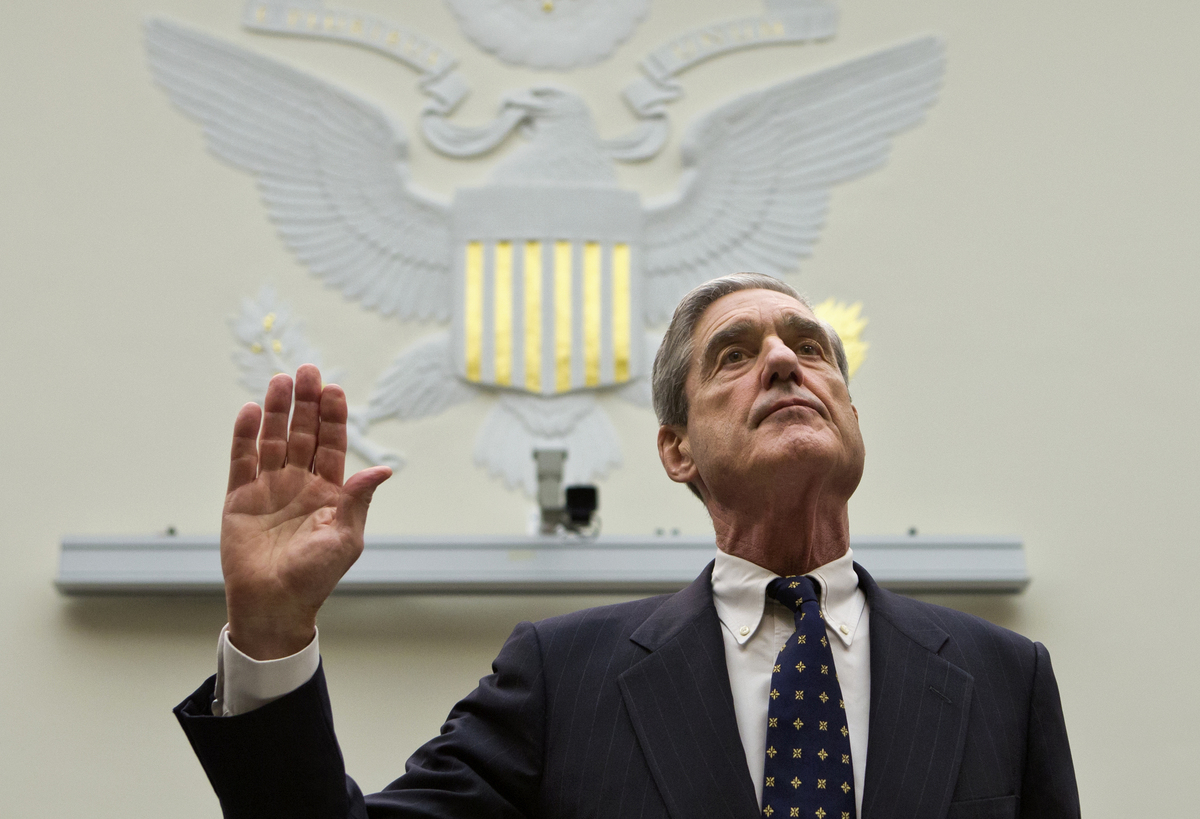 FBI Director Robert Mueller is sworn in on on Capitol Hill in Washington, on Thursday.

Today was round two on Capitol Hill.

While Gen. Keith Alexander seemed enthusiastic about releasing more information to the public, yesterday, the FBI's Mueller was more circumspect, saying the leaks of classified information hurt national security. What's more, he said that without the NSA surveillance program that collects meta-data about phone calls made in the country, we would be left "exceptionally vulnerable."

As we did yesterday, we listened to the long hearing and pulled out four sections of audio that, while dry and sometimes boring, are important to understanding the story of the NSA obtaining vast amounts of data about the electronic activity of Americans. As we've reported, at the center of the controversy is a leaked secret court document authorizing the collection of metadata on all the calls made by Verizon customers during a three month period.

-- The Al-Mihdhar Defense: Like Alexander did yesterday, Mueller also used the story of Sept. 11 hijacker Khalid al-Mihdhar to defend the program. Had the NSA been collecting meta-data, Mueller said, they could've connected al-Midhar to an al-Qaida safe house. Not only that, but could have perhaps connected him to the other hijackers:

-- Not Protected By Fourth Amendment: One of the more substantive exchanges, came when Rep. Jim Sensenbrenner (R-Wisc.), who had a hand in crafting the USA Patriot Act, asked Mueller what in section 215 of the post-Sept. 11 legislation allowed the U.S. government to collect data on all phone calls made in the country for a three month period. Mueller seemed to hint at the kind of reasoning the Foreign Intelligence Surveillance Act Court may have used to authorize such a collection. Mueller said this kind of data is not protected by the Fourth Amendment:

-- The Connection ECPA: This is where things get nerdy. Taking off that exchange Rep. Doug Collins (R-Ga.) goes all the way back to the Electronic Communications Privacy Act of 1986, which extended government restrictions on wiretapping. The Patriot Act amended this law and Collins asked Mueller whether ECPA needed to be rethought. Mueller expands on what the Fourth Amendment means in terms of this kind of data: