Accessibility links
U.S. Says It Has 'High Confidence' Syria Used Chemical Weapons : The Two-Way The White House says sarin gas has killed up to 150 people in Syria, and that the use of chemical weapons crosses a "red line." 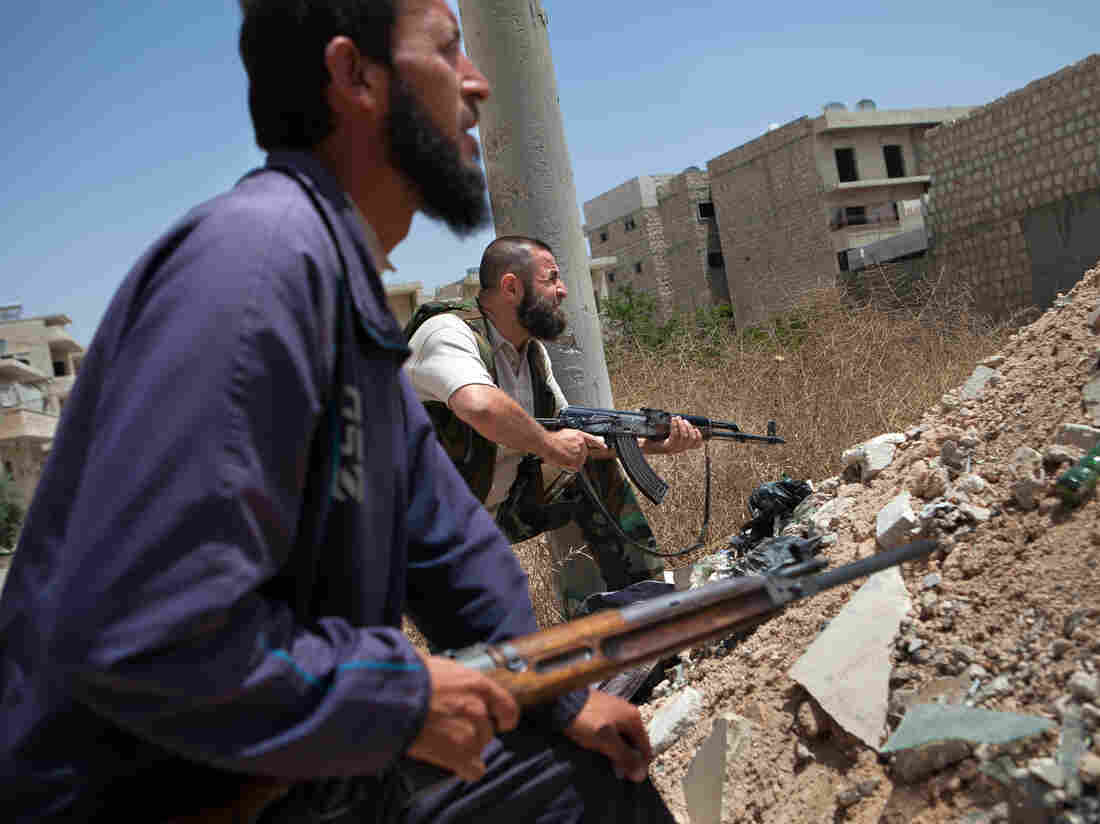 Syrian rebel fighters hold a position Thursday in the northwestern town of Maaret al-Numan. At least 93,000 people, including more than 6,500 children, have been killed in Syria's civil war. AFP/Getty Images hide caption 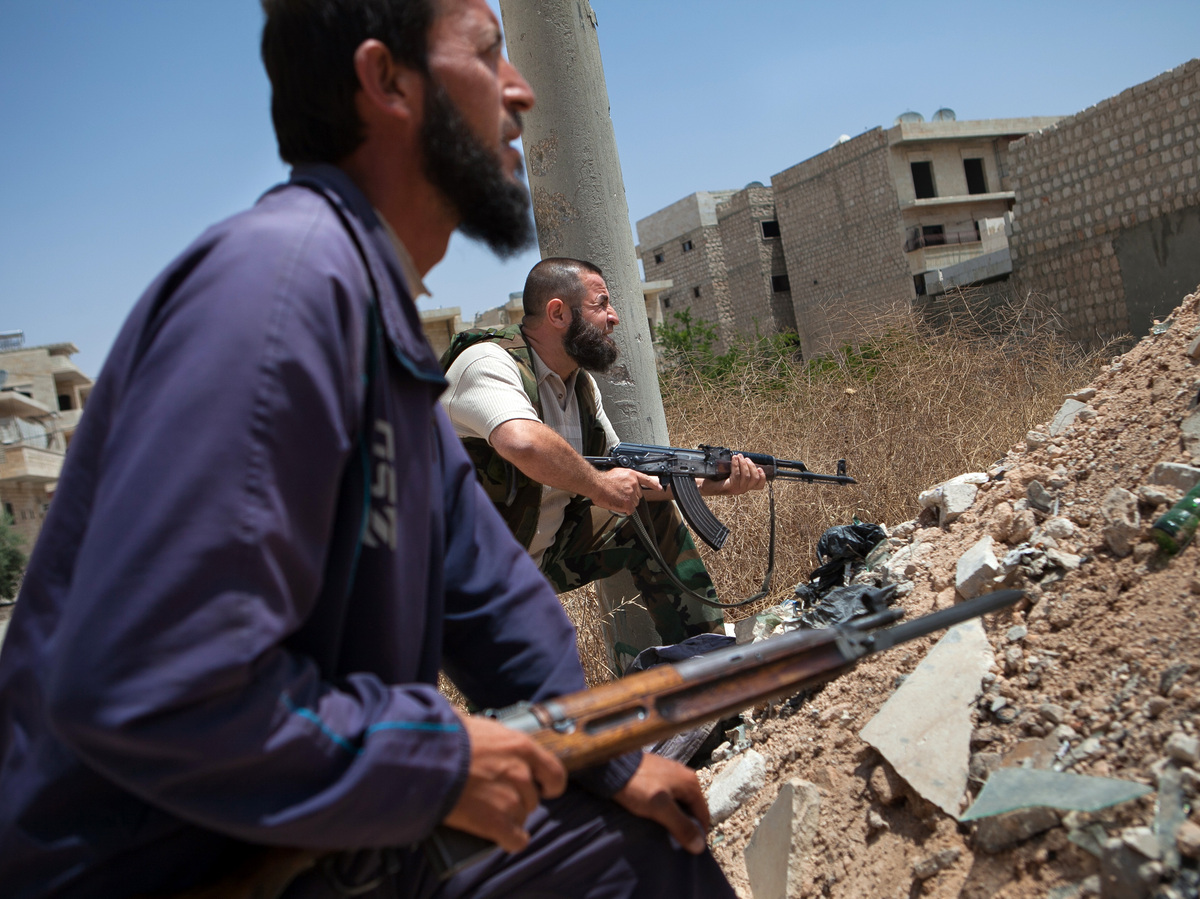 Syrian rebel fighters hold a position Thursday in the northwestern town of Maaret al-Numan. At least 93,000 people, including more than 6,500 children, have been killed in Syria's civil war.

The White House has "high confidence" that the Syrian regime is using chemical weapons against rebel forces, and the U.S. is prepared to offer military assistance to the opposition, a senior administration official said Thursday.

Deputy National Security Adviser Ben Rhodes said that an estimated 100 to 150 Syrians have been killed in attacks using sarin gas, although the figure "is likely incomplete."

"Following a deliberative review, our intelligence community assesses that the Assad regime has used chemical weapons, including the nerve agent sarin, on a small scale against the opposition multiple times in the last year," Rhodes said in a statement. "Our intelligence community has high confidence in that assessment given multiple, independent streams of information."

In a conference call with reporters, Rhodes said the action by the regime of President Bashar Assad "violates international norms and crosses red lines that have existed in the international community for decades."

President Obama had made a decision to provide more assistance to the Syrian opposition — including military support — but Rhodes said, "We are going to make decisions about further actions on our own timeline."

He did not give details of the types of support other than to mention the possibility of providing communications equipment and medical equipment with the aim of "strengthening the effectiveness of the [opposition Supreme Military Council] on the ground."

"Suffice to say, this is going to be different in scope and scale than what we have provided before," he said.

"We are working with allies to present a credible, evidentiary case to share with the international community and the public," Rhodes said. "We request that the U.N. mission include these incidents in its ongoing investigation and report, as appropriate, on its findings."

In April, President Obama said that the U.S. had physiological evidence that sarin nerve gas had been used in Syria.

The New York Times reports that senior State Department officials "have been pushing for an aggressive military response, including airstrikes to hit the primary landing strips in Syria that the government uses to launch chemical weapons attacks, ferry troops around the country, and receive shipments of materiel from Iran."

Arizona Sen. John McCain, speaking on the Senate floor Thursday, said that he believes the decision to provide military support to the Syrian opposition "is not enough."

"I applaud the president's decision, and I appreciate it," McCain said. "But the president of the United States ought to understand that just supplying weapons is not going to change the equation on the ground — the balance of power."

"Syrian butchers have used chemical weapons, which we all know is a red line," McCain said, reiterating his call for imposing a no-fly zone over Syria and for airstrikes to "take out Assad's air assets."

Rhodes said the White House has made no decision on a no-fly zone, which he said would entail "huge costs" and be difficult to implement. He said there's also no guarantee that it would substantively change the situation on the ground.

Speaking on Tuesday at a private session in New York with McCain, former President Bill Clinton aligned himself with the Arizona senator.

"Sometimes it's best to get caught trying, as long as you don't over-commit," Clinton said.