Accessibility links
U.S. Says Syria Crossed 'Red Line'; Now What? : The Two-Way The finding that the Syrian regime used chemical weapons raises lots of questions — about Russia, about a no-fly zone, about the kind of support the rebels will receive from the U.S. 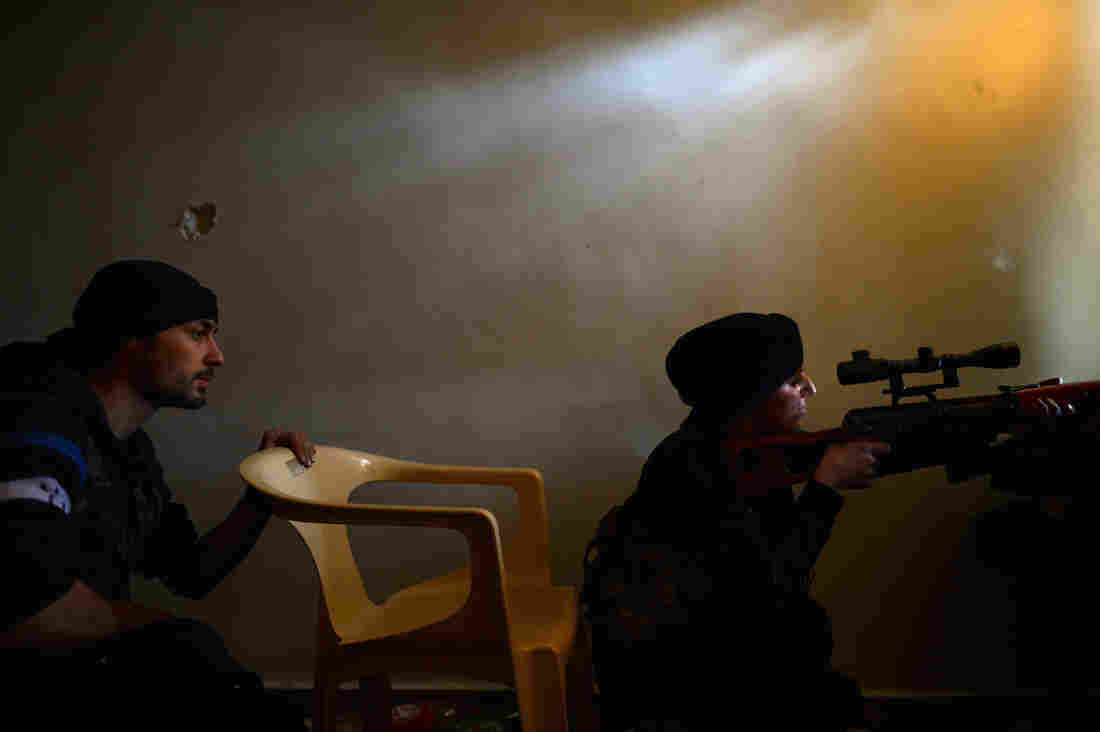 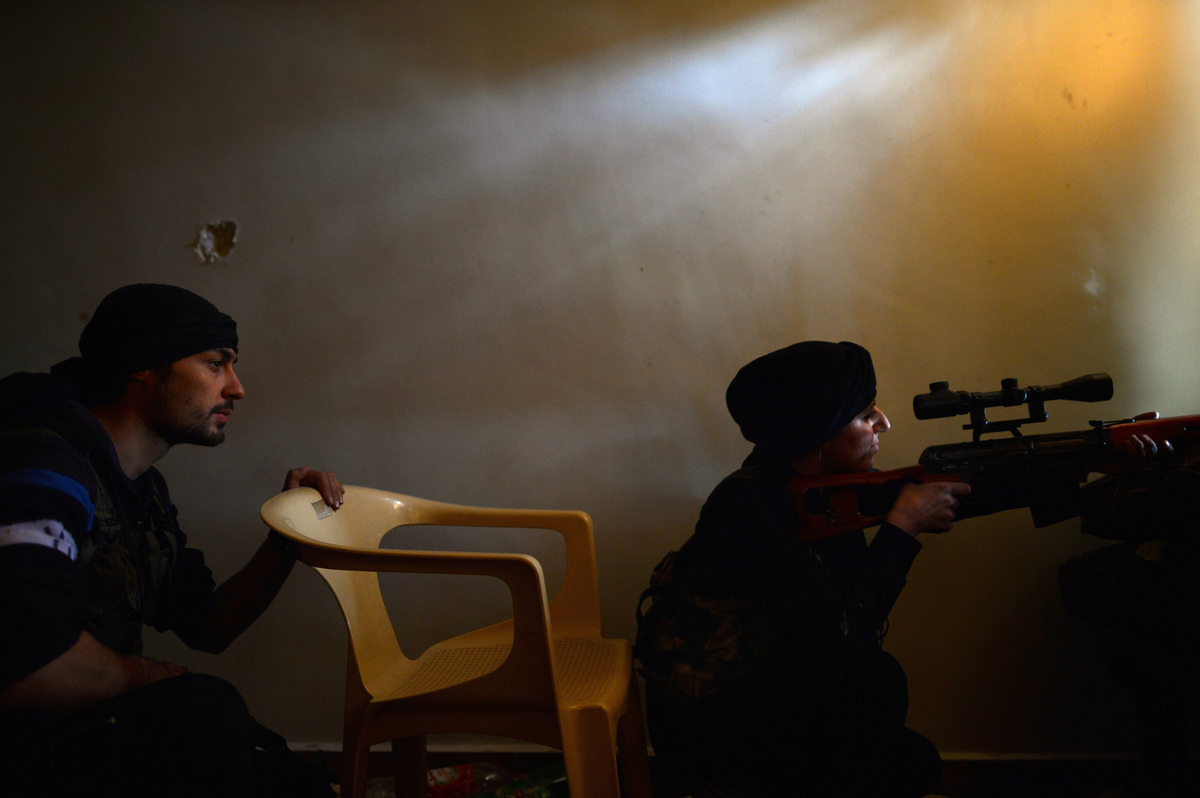 A Syrian female rebel monitors the movement of Syrian government forces in the Sheikh Maqsud district of the northern Syrian city of Aleppo in April.

On Thursday, the United States revealed that it now has "high confidence" that the Syrian regime had used chemical weapons against rebel forces.

This is a significant development because President Obama has often said that such a finding would cross a "red line" in the civil war that has killed at least 93,000.

The big, looming question today is: Now what? We'll keep trying to answer that question throughout the day. But we'll start with a rundown of the latest developments:

-- Small Arms?: During a press conference with reporters on Thursday, Deputy National Security Adviser Ben Rhodes would not give details as to the type of "military support" the United States would now provide rebels.

-- Less Than Expected: NPR's Deborah Amos, who has been covering the conflict, tells Morning Edition that for the rebels, the new U.S. position is "less than expected."

The rebels have been asking for heavy weaponry that could take on the kind of fire power Bashar Assad has.

"For them it's an incremental shift," Deb said. They are much more focused on the upcoming battle for Aleppo.

"I think it, rightly, puts back center stage the question, the very difficult question to answer but nonetheless one we have got to address: what are we going to do about the fact that in our world today there is a dictatorial and brutal leader who is using chemical weapons under our noses against his own people."

-- Questioning Intelligence: U.N. Secretary-General Ban Ki-moon said he opposes military aid to the rebels. Not only that, but he cast some doubt on the U.S. intelligence assessment that found the Syrian regime had used chemical weapons.

"The validity of any information on the alleged use of chemical weapons cannot be ensured without convincing evidence of the chain-of-custody," Ban said, while calling for the on-the-ground investigation to continue.

-- The Question Of Russia: Russia has been Assad's most ardent supporter — on several occasions thwarting attempts by the United Nations to step into the situation. As The Telegraph reports, the Kremlin has maintained there should be no foreign intervention in Syria.

The paper reports that MP Alexei Pushkov, the chairman of the Russian State Duma's international affairs committee, was unconvinced by the evidence of chemical weapons use. Pushkov said on Twitter, according to The Telegraph:

"Information about the use by Assad of chemical weapons has been fabricated in the same place as the lies about (Saddam) Hussein's weapons of mass destruction... Obama is taking the same path as George Bush.

"Why would Assad use 'a small quantity' of sarin against the fighters? What would be the point?! In order to give a reason for outside intervention? There's no logic in that."

-- Diplomacy Still An Option: NPR's Michele Kelemen reports that Secretary of State John Kerry has not given up on Russia. Russian President Vladimir Putin and President Obama are set to meet next week.

NPR's Deb Amos adds that this announcement by the United States comes just after the rebels suffered a significant defeat in the city of Qusair. Some worried, Deb said, that such a victory would embolden the Assad regime to walk away from the peace talks they had agreed to.

"This announcement appears to be an attempt to recalibrate the balance of power on the ground, but still in the service of a negotiated settlement," she said.

-- A No Fly Zone: The Wall Street Journal reports that among the options for the United States is setting up a no-fly zone over Syria. The paper says:

"Asked by the White House to develop options for Syria, military planners have said that creating an area to train and equip rebel forces would require keeping Syrian aircraft well away from the Jordanian border.

"To do that, the military envisages creating a no-fly zone stretching up to 25 miles into Syria which would be enforced using aircraft flown from Jordanian bases and flying inside the kingdom, according to U.S. officials."

-- 'Caravan Of Lies': Reuters reports that the Syrian Foreign Ministry called the White House statement about the use of chemical weapons a "caravan of lies." The ministry also said the decision by the United States to provide military support for the rebeles reveals a "flagrant double standard" when it comes to how it deals with terrorism.