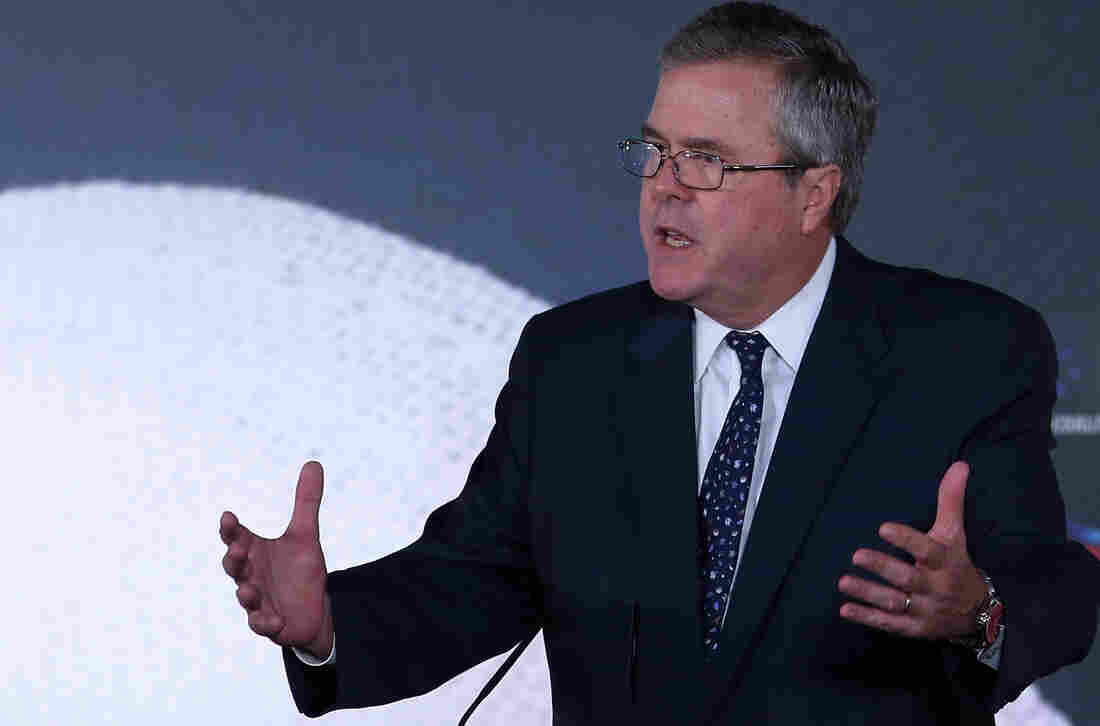 "Immigrants are more fertile, and they love families," former Florida Gov. Jeb Bush said Friday at the Faith and Freedom Coalition conference. Bush's statement, in support of immigration reform, struck an odd note with many who hear it. Mark Wilson/Getty Images hide caption 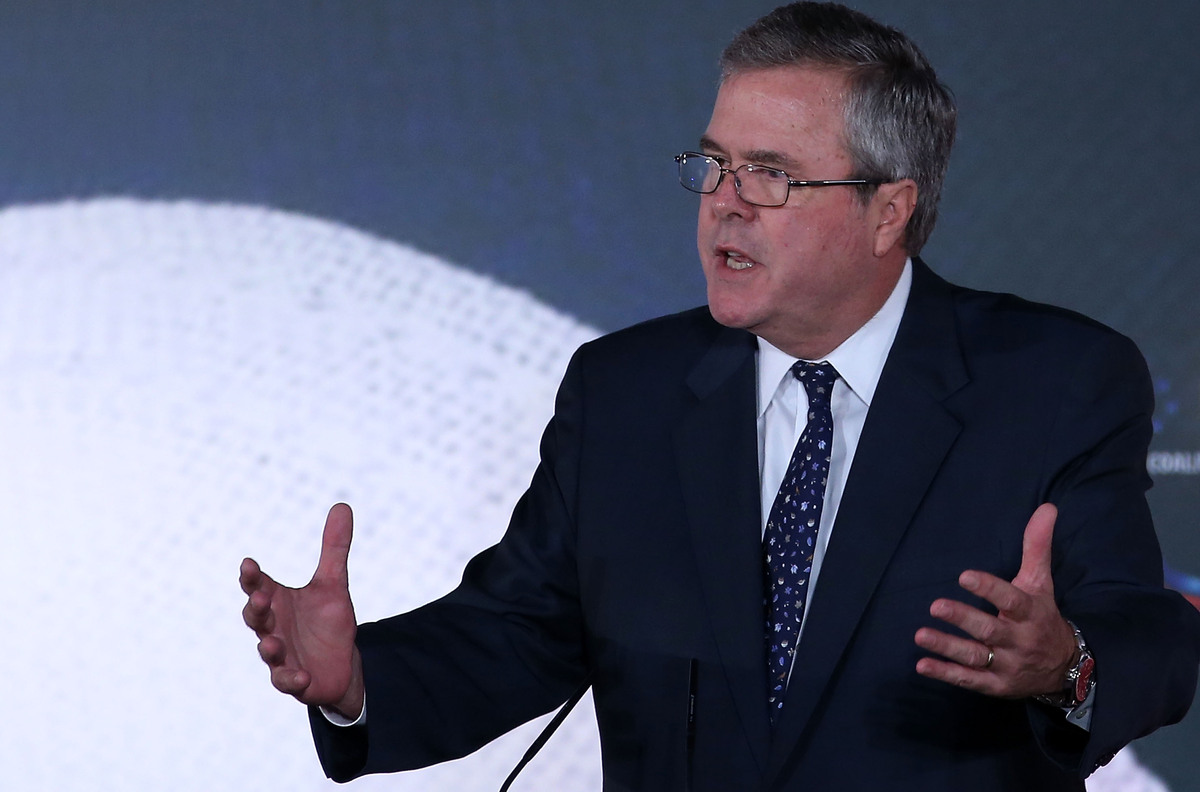 "Immigrants are more fertile, and they love families," former Florida Gov. Jeb Bush said Friday at the Faith and Freedom Coalition conference. Bush's statement, in support of immigration reform, struck an odd note with many who hear it.

Jeb Bush has created a stir with remarks he made during a speech on immigration, in which he said that women who immigrate to America are more fertile than women who are born in the country.

A flurry of interest — and attempts at humor — broke out on Twitter, where Bush's name rose on its "Trending" chart Friday.

In one of the better examples, New York magazine tweeted, "Give us your tired, your poor, your 'more fertile' immigrants."

Bush was speaking at the Faith and Freedom Coalition's "Road to Majority" conference in Washington, D.C., where he laid out a case for immigration reform. Calling the system broken, he said that allowing more people to move to the U.S. in order to create more opportunities and economic growth is "a conservative idea."

Bush has been discussed as a potential presidential candidate for the 2016 race. NPR's Brakkton Booker, who filed a report for our Newscast unit, says that in his speech, Bush "points to the decline in fertility rates in the country and says immigrant populations could help rebuild what he called the 'demographic pyramid.'"

Bush's statement about fertility rates led several writers, including Peter Grier of The Christian Science Monitor, to parse his point. Noting that fertile "means 'capable of reproduction," Grier says, "what Bush was saying was immigrants are more physically able to have children. That's not true."

But as Grier says, what is true is that women who were born outside the United States have a higher birth rate than women born in the U.S.

"The 2010 birth rate for foreign-born women (87.8) was nearly 50 percent higher than the rate for U.S.-born women (58.9)," according to a Pew Research analysis of Census and NCHS statistics, released last November.

As our colleagues at the Shots blog noted back in February, U.S. fertility rates have been falling for decades. And in recent years, women who immigrated to the U.S. have joined that trend.

The U.S. birth rate's fall from the recent high of 69.3 in 2007 has been led by immigrant women, according to federal statistics.

Using that data, the Pew Research study found that while women who hadn't been born in the U.S. had a higher birth rate in recent years than did U.S.-born women, foreign-born women experienced a sharper decline, dropping well below 100 births per 1,000 women between the ages of 15 and 44 in 2010.

"From 2007 to 2010, the overall number of births declined 7 percent, pulled down by a 13 percent drop in births to immigrants and a relatively modest 5 percent decline in births to U.S.-born women," according to the Pew analysis.