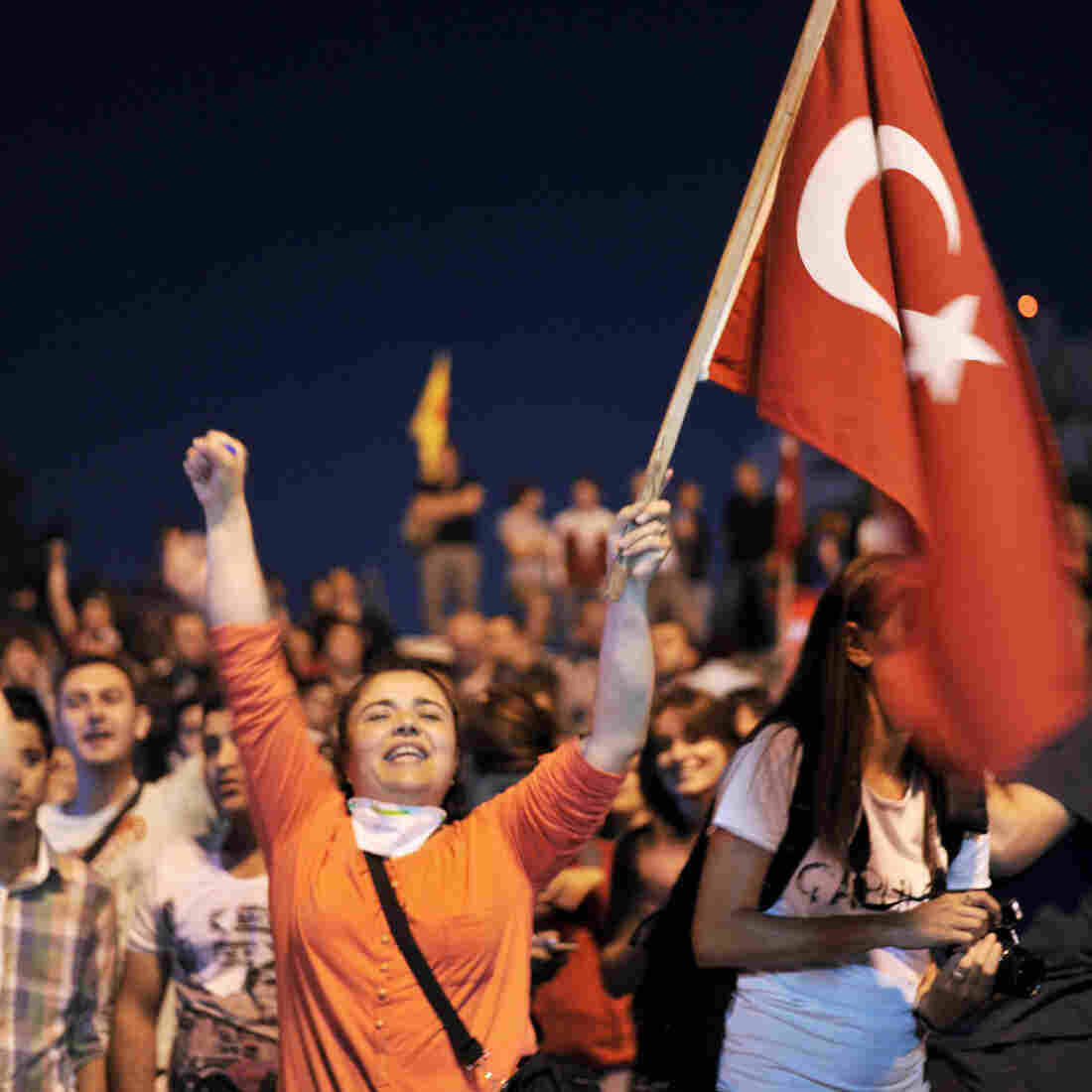 Turkish mothers wave the national flag during a vigil on Friday in memory of those killed during recent demonstrations in Istanbul's Taksim Square. AFP/AFP/Getty Images hide caption 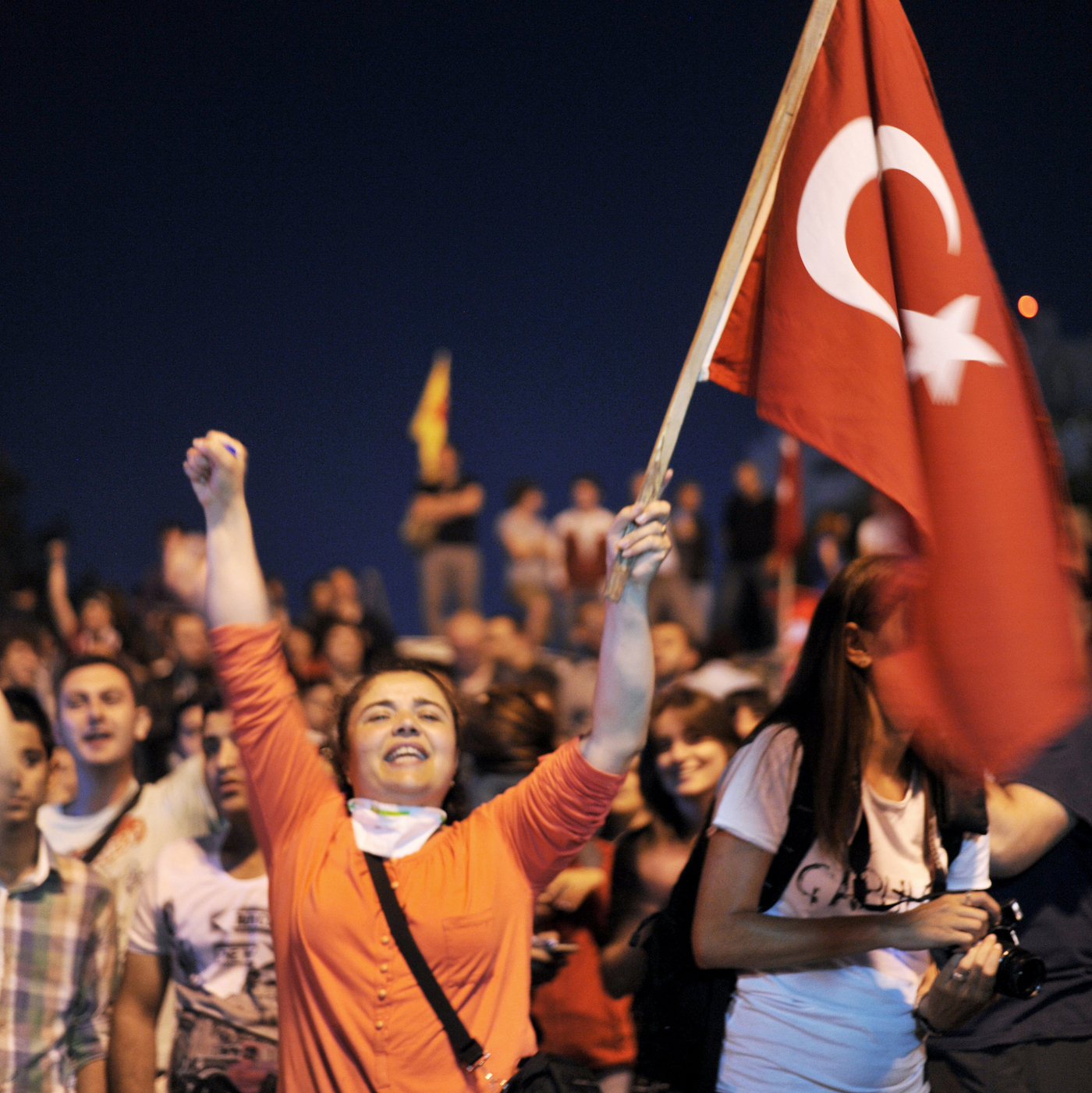 Turkish mothers wave the national flag during a vigil on Friday in memory of those killed during recent demonstrations in Istanbul's Taksim Square.

The police moved into the square hours after an ultimatum issued by Prime Minister Recep Tayyip Erdogan that security forces "know how to clear" the area. Erdogan had given the demonstrators until Sunday, but police made their move late Saturday.

NPR's Peter Kenyon, reporting from just outside Taksim Square, says he could see tear gas wafting over the park. Erdogan, he says, "has issued a series of ultimatums sometimes specifying 24 hours, other times just saying, 'This is your final warning.'

"The question is whether they can keep the people from coming back," Peter says. "The protesters say they are coming back."

The protesters had earlier refused to leave Taksim Square despite the prime minister's pledge not to develop its Gezi Park site, setting the stage for another confrontation between demonstrators and police.

"We will continue our resistance in the face of any injustice and unfairness taking place in our country," the Taksim Solidarity, an umbrella group of protesters, said in a statement Saturday before the police crackdown.

The protest began as a dispute over developing Gezi Park, but quickly blossomed into a broader protest against Erdogan and his Islamic-leaning government.

The resistance encompasses "citizens' anger that accumulated over 11 years of A.K.P. government," the statement said, referring to the acronym for the ruling Justice and Development Party.

Peter reported earlier that Erdogan's government has been trying to downplay the two-week-old protests by clamping down on broadcasters who aired the demonstrations.

Peter says that some of the protesters have taken to T-shirts around Gezi Park showing a penguin with a gas mask and anarchy symbol — a mocking stab at one television channel that aired a wildlife documentary as police moved in last month to the park and sprayed demonstrators with tear gas.