Accessibility links
Google's 'Looney' Internet Balloons Invade New Zealand : The Two-Way The tech giant hopes the test of flying hotspots will bring service to billions of people in remote areas such as Africa and Southeast Asia. 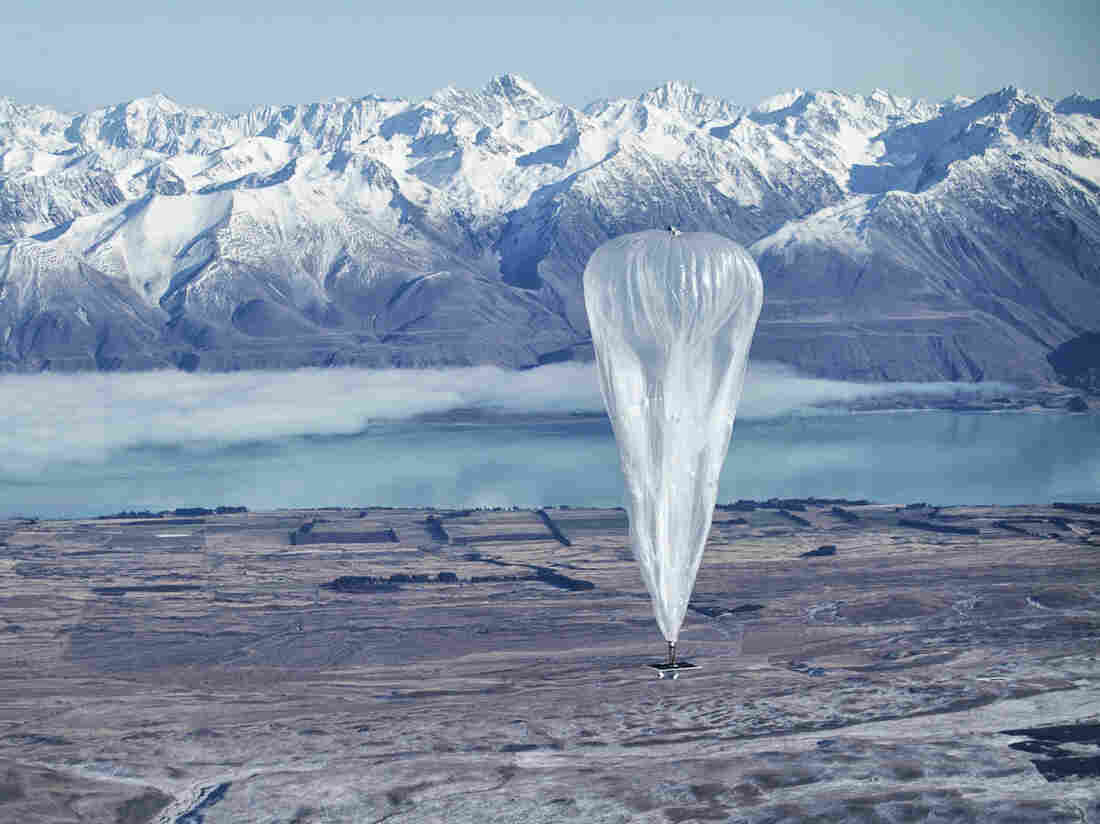 A Google balloon sails through the air with the Southern Alps in the background, in Tekapo, New Zealand, on Monday. Jon Shenk/AP hide caption 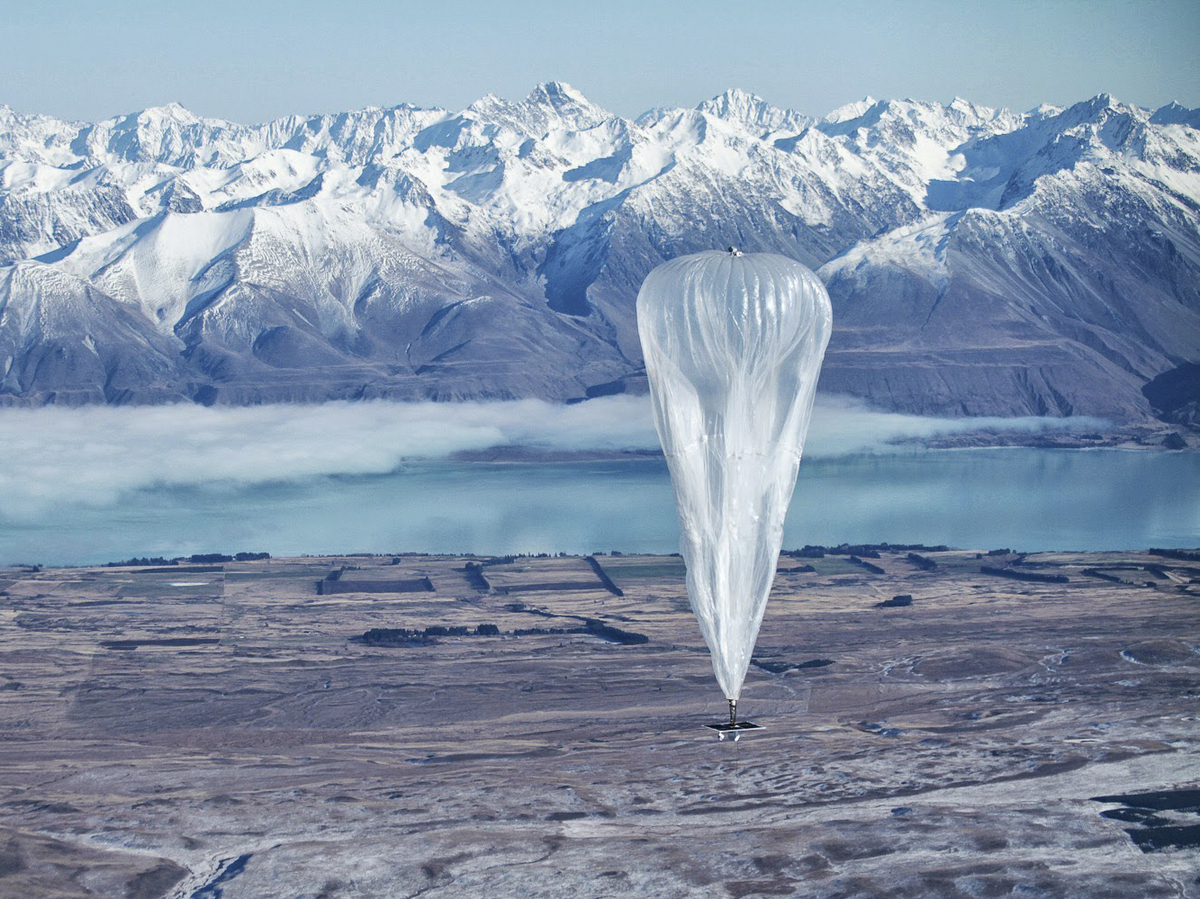 A Google balloon sails through the air with the Southern Alps in the background, in Tekapo, New Zealand, on Monday.

Google has launched — quite literally — a new idea to bring the Internet to some of the world's remotest places.

The tech giant's engineering hothouse, Google X, is testing the use of 12-mile-high helium balloons to get coverage in areas where it's impractical to put in conventional infrastructure.

Google said Saturday that it has 30 of the balloons, or "high-altitude platforms" (HAPS), flying over New Zealand as part of something called Project Loon. They will hover at about twice the altitude of a passenger jet.

The program's director, Mike Cassidy, told The Washington Post that the aim is to provide cheaper Internet connections around the world — in places such as Africa, where the service can cost more than an average monthly salary.

"We are focused on an enormous problem, and we don't think we have the one solution today," he told the Post in a phone interview from New Zealand. "But we think we can help and start having a discussion on how to get 5 billion people in remote areas" connected to the Internet.

"The idea does sound crazy, even for Google. ... But if all works according to the company's grand vision, hundreds, even thousands, of high-pressure balloons circling the earth could provide Internet to a significant chunk of the world's 5 billion unconnected souls, enriching their lives with vital news, precious educational materials, lifesaving health information, and images of grumpy cats."

Wired says the balloons carry a 22-pound payload, including a sheet of solar paneling and a package of antennas, computers, electronics, GPS devices and batteries that will allow them to deliver an Internet connection of at least 3G cellular speeds. The balloon also has attitude control valves allowing it to be kept on station.

"The cluster of balloons provide a kind of drifting Internet network in the stratosphere, moving at a snail's pace and lasting more than 100 days in the air. As long as a balloon is within a 24-mile radius, people would be able to tap into the network, Google said. Much cheaper than satellite technology — Google would not reveal specifics — the balloons could provide service in remote regions or perhaps an area that has lost its communications because of a violent storm."