Accessibility links
Ginobili Awakens, Leads Spurs To Game 5 Win : The Two-Way The 114-104 win against the Miami Heat put the San Antonio Spurs one win away from their fifth NBA title. 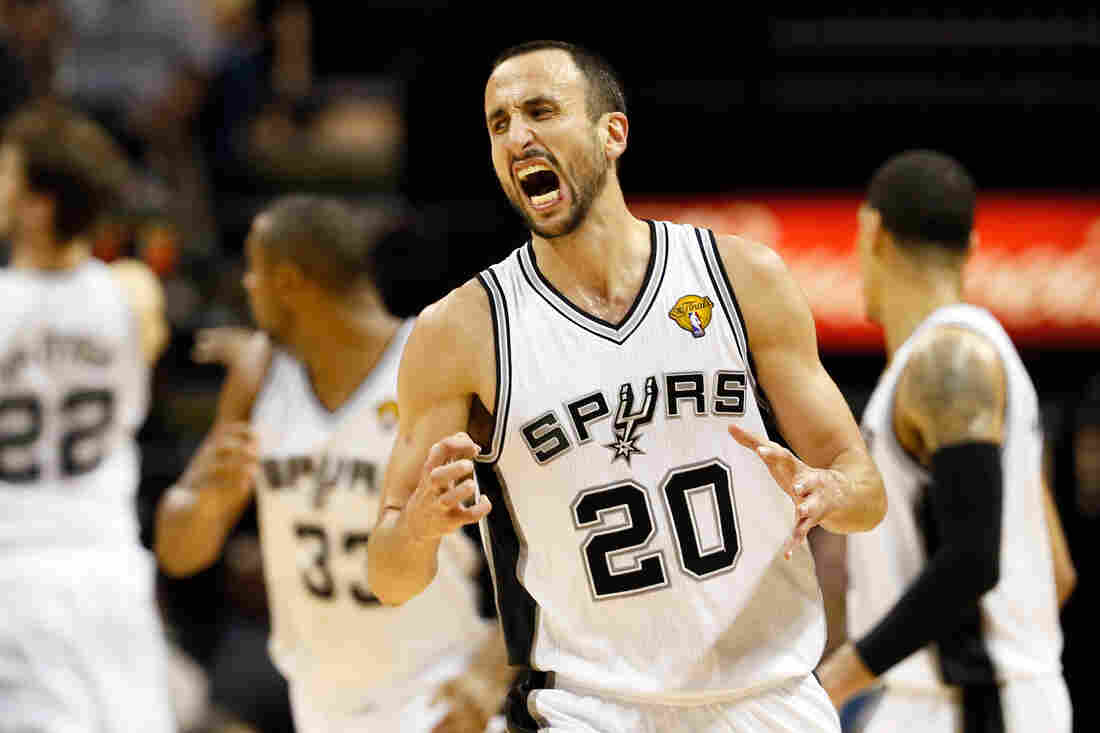 Manu Ginobili of the San Antonio Spurs reacts after making a basket in the third quarter against the Miami Heat during Game Five of the 2013 NBA Finals in San Antonio, Texas. Kevin C. Cox/Getty Images hide caption 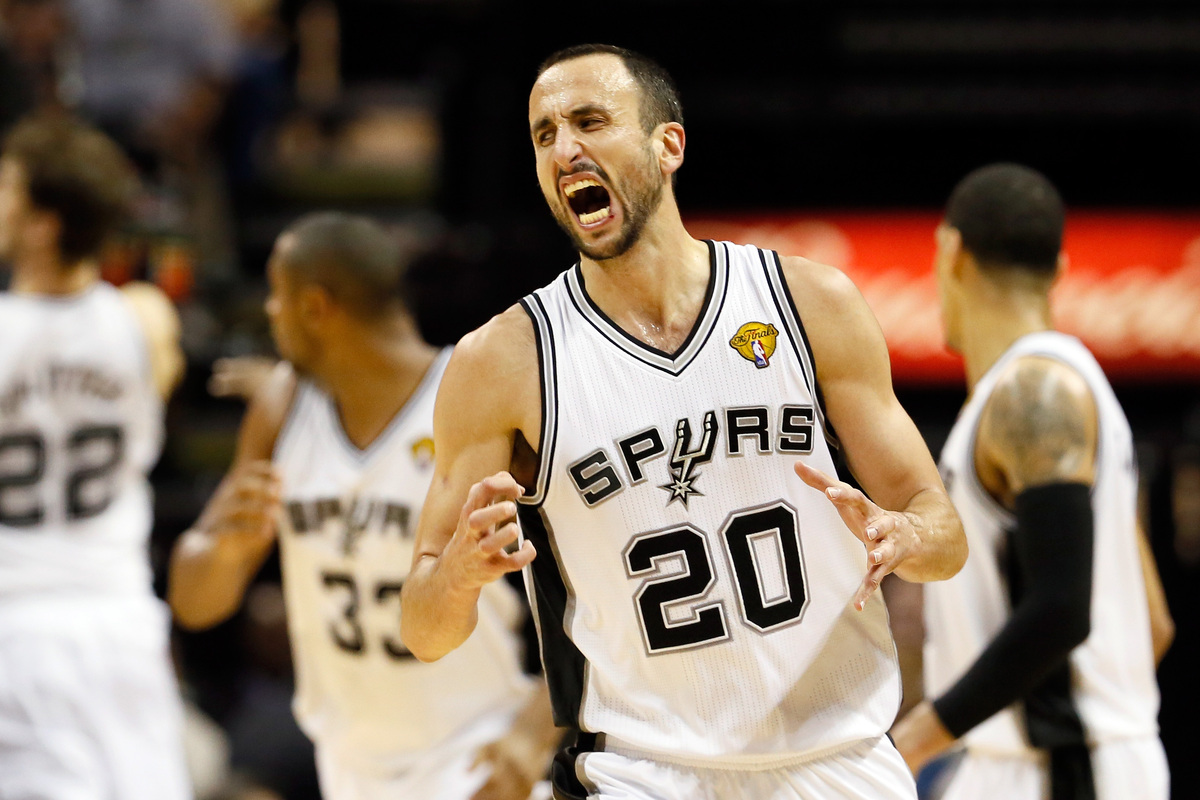 Manu Ginobili of the San Antonio Spurs reacts after making a basket in the third quarter against the Miami Heat during Game Five of the 2013 NBA Finals in San Antonio, Texas.

With a 114-104 victory against the Miami Heat last night in San Antonio, the Spurs are just one win away from their fifth NBA title.

NPR's Tom Goldman filed this report for our Newscast unit:

"Manu Ginobili's NBA Finals slump is over and at the best possible time for his team. The Spurs' All-Star shooting guard scored a season-high 24 points and had 10 assists to help lead San Antonio to the brink of another championship.

"Spurs head coach Gregg Popovich decided to start the struggling Ginobili, who normally comes off the bench. Ginobili said on NBA-TV his coach told him simply to play.

" 'Forget about everything else,' Ginobli said his coach told him. 'Do your thing. Be more intuitive and, you know, don't think so much.'

"His success was infectious. The spurs shot a sizzling 60 percent, and guard Danny Green made six of 10 three point shots to set a new finals record. He's hit 25 threes in the series."

As The Miami Herald points out, the Heat will have to win the next two games to successfully defend their 2012 championship. That's going to be tough. The paper reports:

"The Heat hasn't won back-to-back games since Game 1 of the Eastern Conference finals.

" 'We're going to see if we're a better team than our first year together,' LeBron James said, reminding everyone of how the Heat collapsed on its home court to the Mavericks in Game 6 of the 2011 Finals."

Game 6 is Tuesday night in Miami. It will be broadcast on ABC at 9 p.m. ET.