Accessibility links
Mass Anti-Government Protests Swell In Brazil : The Two-Way In Rio de Janeiro, more than 100,000 people filled the streets calling on the government to concentrate on them and not on international events. 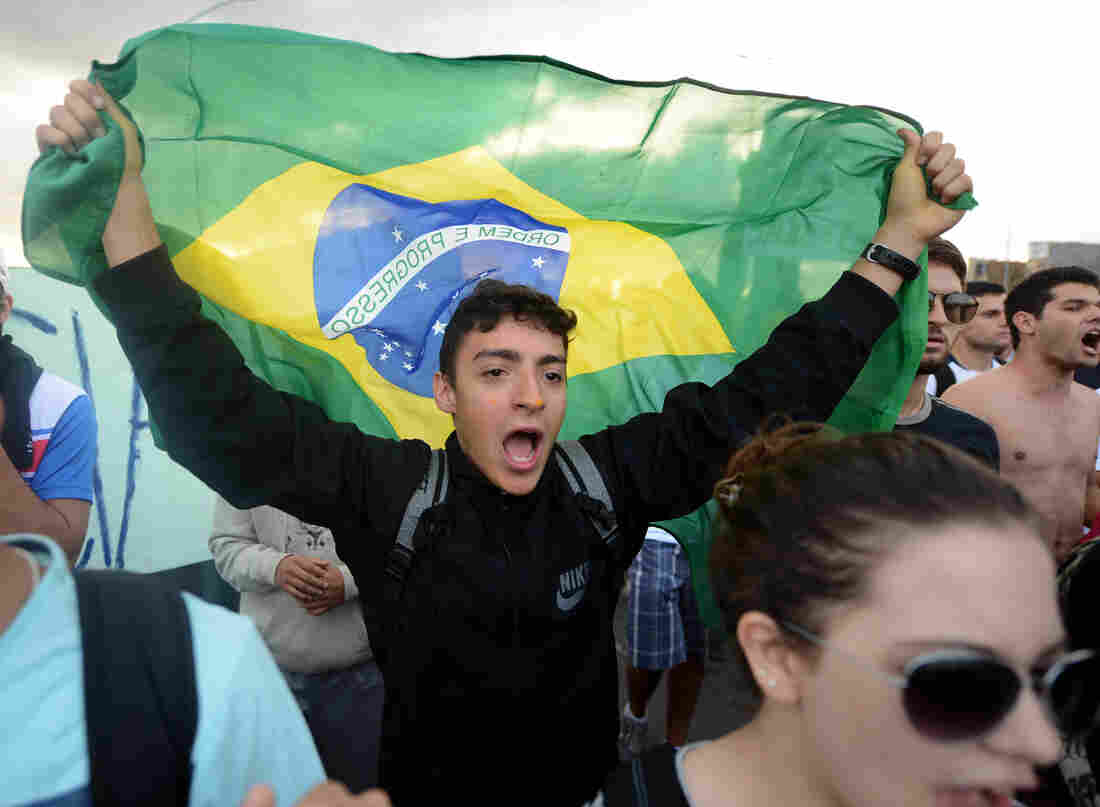 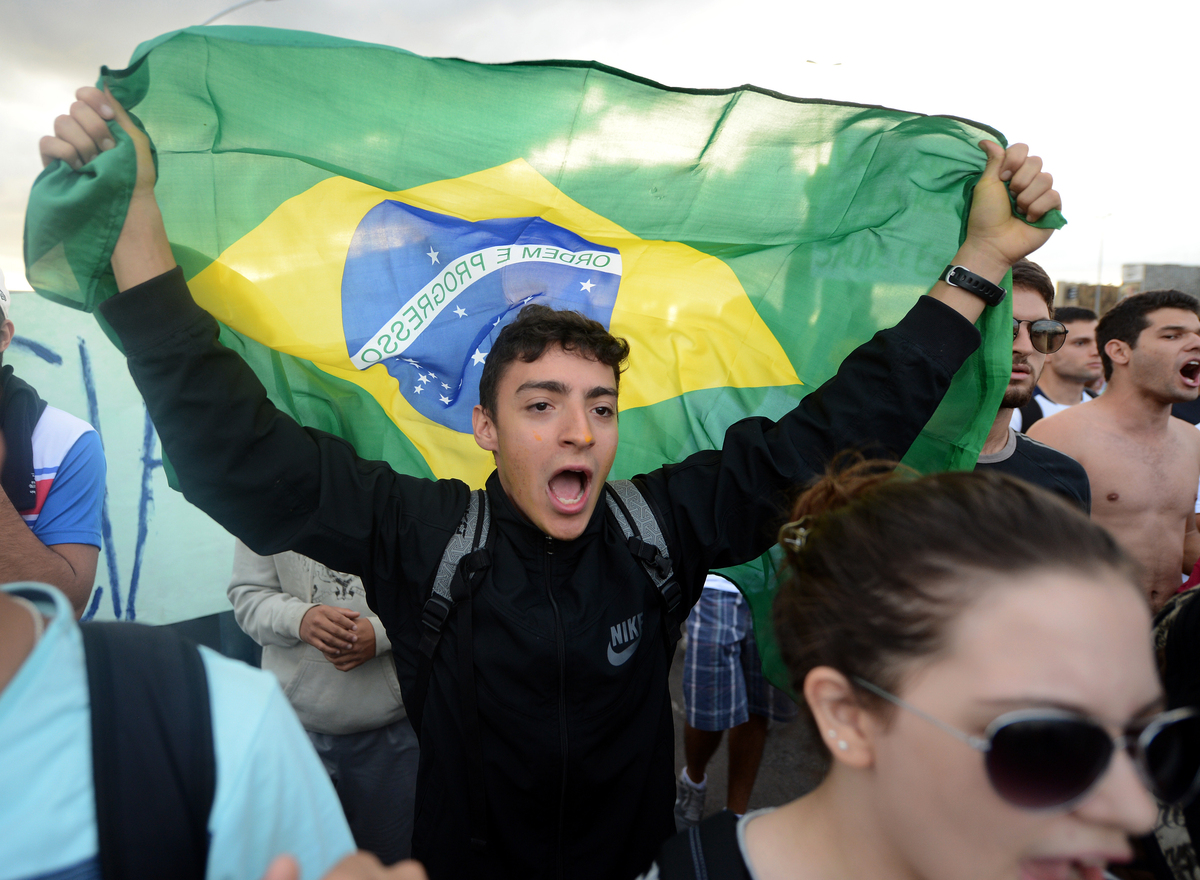 Students shout slogans during a protest Monday in Brasilia.

What started as small protests about higher bus fares has swelled into nationwide, massive anti-government demonstrations in Brazil.

Reporting from São Paulo, NPR's Lourdes Garcia-Navarro tells our Newscast unit that people on the streets are demanding that the government pay attention to them.

"The cost of living here is extremely high, there's a massive rate of inflation, and so people say that they are fed up, that they want their government to do something for them," Lourdes said.

One of the big issues is that Brazil has been gearing up for the World Cup in 2014 and the Olympics in 2016. Lourdes says people feel as though the government has been focusing on those big, international events while allowing them to languish.

The New York Times says the protests are the largest and "most resonant since the nation's military dictatorship ended in 1985." What's more, the Times reports, the protests share something in common with the mass protests occurring halfway across the world in Turkey. The newspaper writes:

"The demonstrations in Brazil intensified after a harsh police crackdown last week stunned many citizens. In images shared widely on social media, the police here were seen beating unarmed protesters with batons and dispersing crowds by firing rubber bullets and tear gas into their midst.

" 'The violence has come from the government,' said Mariana Toledo, 27, a graduate student at the University of São Paulo who was among the protesters on Monday. 'Such violent acts by the police instill fear, and at the same time the need to keep protesting.' "

As CNN reports, the protests have another thing in common with Turkey: They began over something relatively small — a 9 cent increase in the price of a bus ticket. One thing that is different, reports CNN, is that President Dilma Rousseff is encouraging the protests.

"Peaceful demonstrations are legitimate and part of democracy. It is right for the youth to protest," she said in a statement.