Accessibility links
Why Are People So Obsessed With Finding Jimmy Hoffa? : The Two-Way FBI agents believe they have a credible lead on the whereabouts of Jimmy Hoffa's body. If they're right, it will solve a longstanding mystery, which will also deflate Hoffa's resonance in popular culture. 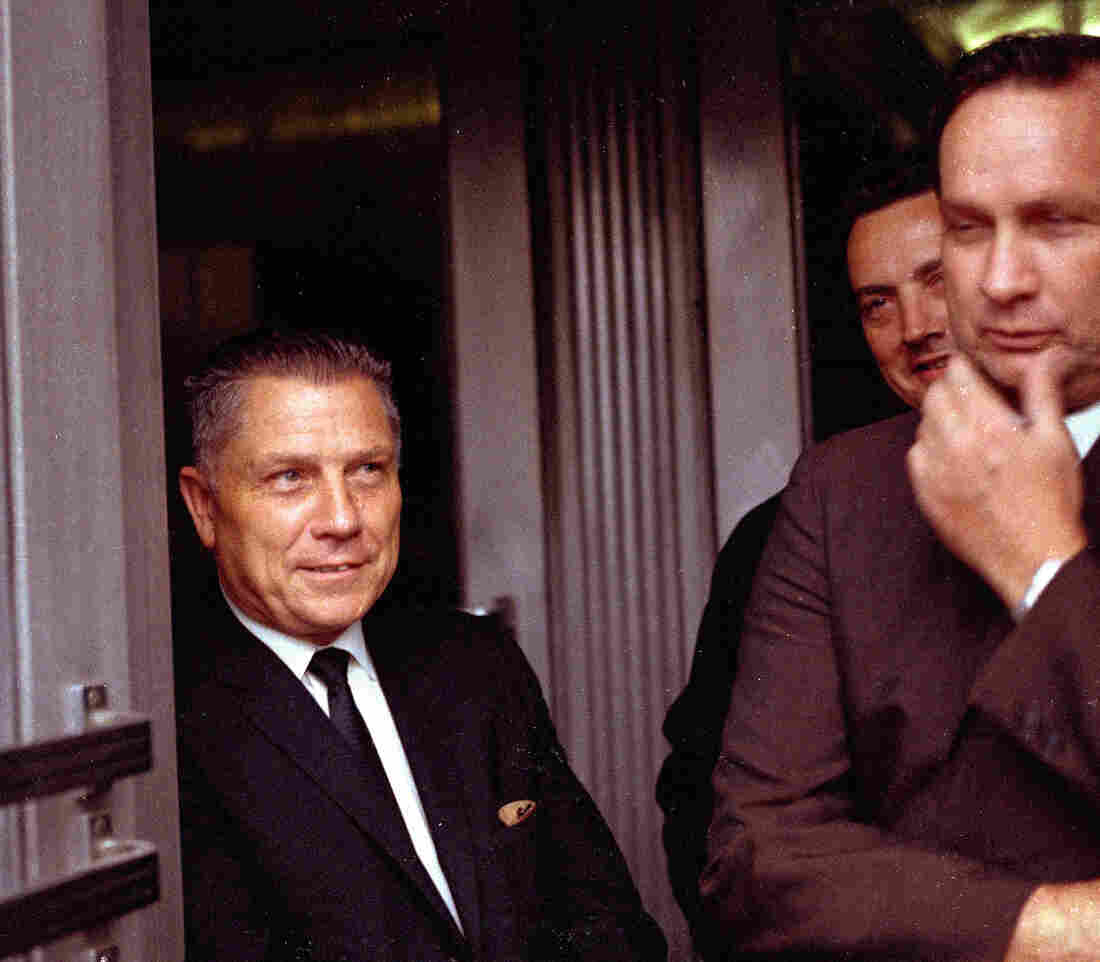 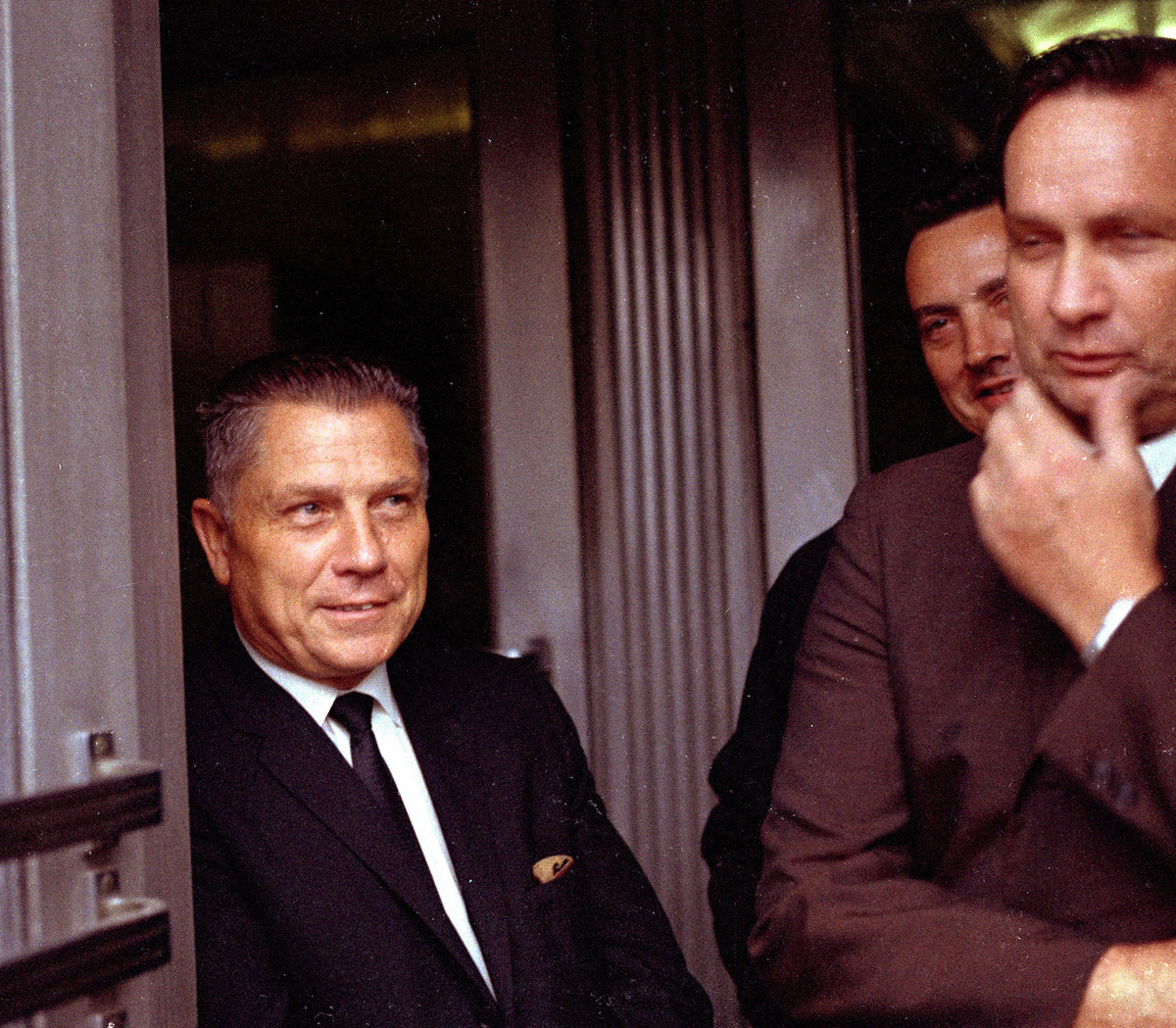 If it's him, it's going to be a letdown.

For the better part of 40 years, the disappearance of former Teamsters President James Hoffa has been a source of fascination on par with Bigfoot, the Loch Ness Monster and the aliens in Roswell, N.M.

If the FBI finds and identifies his body, as agents are currently trying to do just outside Detroit, it will end the mystery and ruin the suspense, says Bob Thompson, a pop culture professor at Syracuse University.

"If it turns out it is Jimmy Hoffa, the story loses all its punch," Thompson says. "Closure is the death knell to these kinds of things." 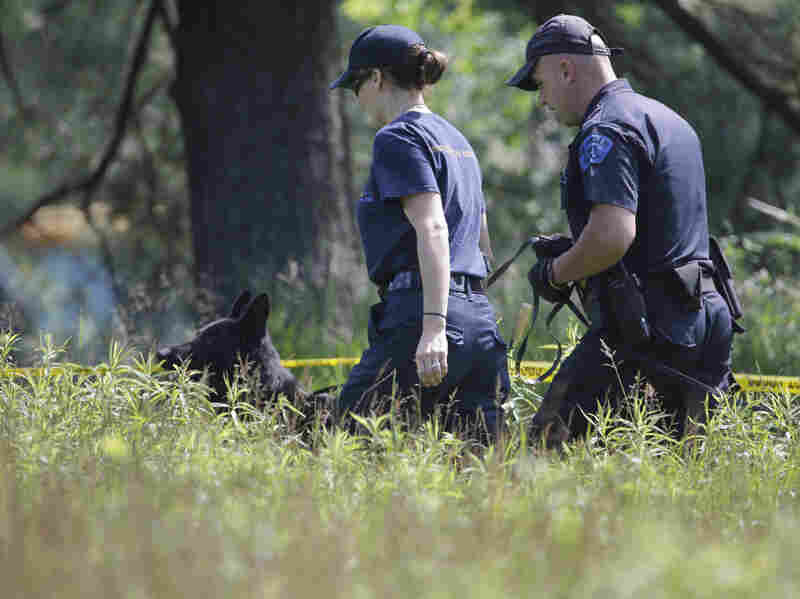 Law enforcement officials search an area in Oakland Township, Mich., on Tuesday for the remains of Jimmy Hoffa. The former Teamsters boss was last seen at a Detroit-area restaurant in 1975. Carlos Osorio/AP hide caption 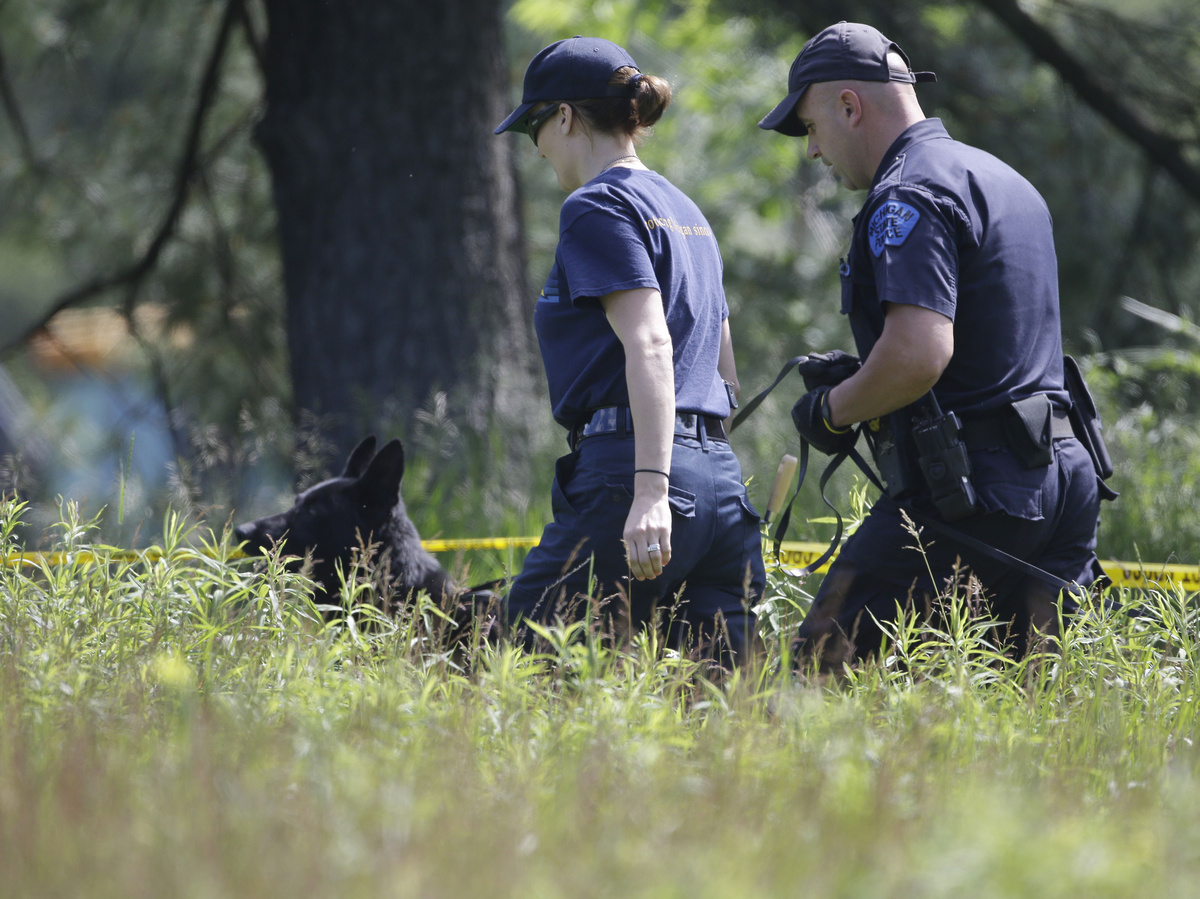 Law enforcement officials search an area in Oakland Township, Mich., on Tuesday for the remains of Jimmy Hoffa. The former Teamsters boss was last seen at a Detroit-area restaurant in 1975.

Hoffa disappeared in 1975. In terms of becoming a figure of popular interest, his timing was impeccable — it was not long after the first two Godfather films had been released, bringing mob culture to the forefront of broad American consciousness.

The presumption from the start was that Hoffa had been killed by mobsters who wanted to keep him from regaining control of the union, so he became the real-life embodiment of interest in the mafia and the whole metaphor of "sleeping with the fishes."

The notion that Hoffa's body might turn up just about anywhere — there have been numerous false leads along the way — became an enduring part of American folklore. The belief that he may have been buried in the end zone at Giants Stadium, which gained currency in the late 1980s, provided fodder for countless cartoons and wisecracks.

Saturday Night Live even speculated that Hoffa was inside R2-D2 in the 1977 film Star Wars.

By that time, Hoffa's disappearance had been enshrined as part of the culture. The 1970s and 1980s were a time when compelling stories were routinely turned into movies and TV miniseries. Hoffa kept recurring as a juicy part for years.

Sylvester Stallone played a character based on him in F.I.S.T. in 1978. Five years later, Robert Blake played him in Blood Feud, which depicted Hoffa's conflicts with Robert F. Kennedy, who had hounded him as a Senate staffer.

He was played by none other than Jack Nicholson in 1992's eponymous Hoffa, and as late as 2003 provided a plotline in Bruce Almighty.

All this helped Hoffa sink in deep as fodder for comedians, who used his name as a punchline when talking about anything that had disappeared or seemed impossible to find.

There's always a fascination with missing persons stories, says Thompson, the Syracuse professor. Everyone knows we all must die, but people who go missing entirely tap into primal fears.

That's why some figures, from 1930s aviatrix Amelia Earhart to the three women found living in a house in Cleveland last month, remain so intriguing years after they first went missing.

If Jimmy Hoffa were somehow still alive, he would be 100 years old.

"Hoffa is really still in the Hall of Fame of compelling mysteries," Thompson says.