Accessibility links
James Gandolfini Dies; 'Sopranos' Actor Was 51 : The Two-Way Actor James Gandolfini, 51, has reportedly died. Variety magazine reports that he suffered a "sudden stroke." The cause of death is not yet known with certainty, but HBO says the actor may have suffered a heart attack. 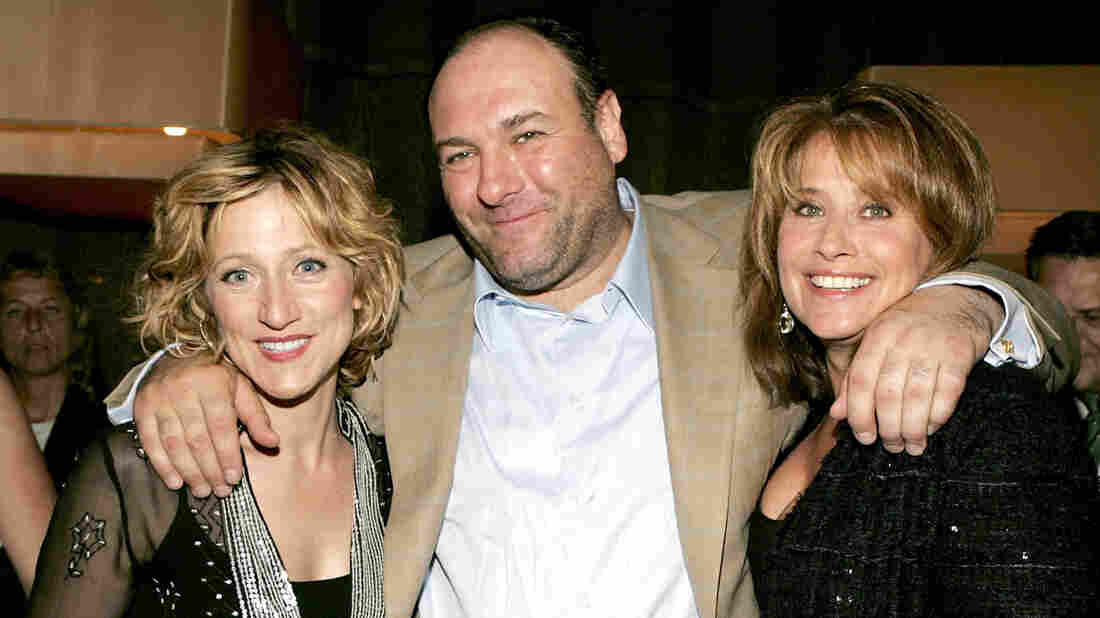 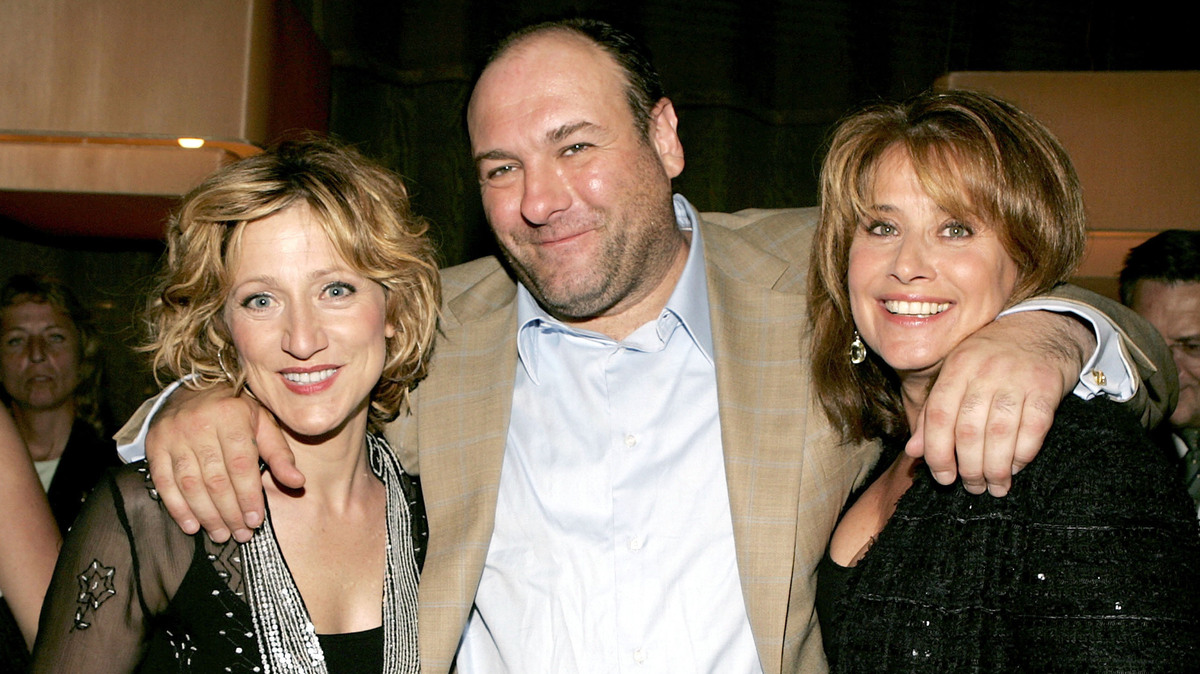 Actor James Gandolfini has died while on a trip to Italy. He's seen here with Sopranos co-stars Edie Falco, left, and Lorraine Bracco.

Actor James Gandolfini, 51, has died, HBO and other sources confirm. The former star of the HBO series The Sopranos was reportedly on holiday in Italy when he died. The cause of death is not yet known with certainty, but HBO says the actor may have suffered a heart attack. Other reports have indicated Gandolfini had a stroke.

Initial reports of Gandolfini's death were confirmed to NPR by HBO, which has released a statement:

"We're all in shock and feeling immeasurable sadness at the loss of a beloved member of our family. He was special man, a great talent, but more importantly a gentle and loving person who treated everyone no matter their title or position with equal respect. He touched so many of us over the years with his humor, his warmth and his humility. Our hearts go out to his wife and children during this terrible time. He will be deeply missed by all of us."

"Anyone who saw him even in the smallest of his performances knows that," Chase said. "He is one of the greatest actors of this or any time. A great deal of that genius resided in those sad eyes."

Gandolfini won accolades and Emmy nominations for his portrayal of the gruff and complicated character of Tony Soprano, a New Jersey mobster who was the heart of The Sopranos. The critically acclaimed show aired its last episode in 2007.

"His first break came in 1992 when he landed a role in a Broadway version of 'A Streetcar Named Desire' that starred Alec Baldwin and Jessica Lange," the New York Daily News reports. "Smallish parts in major films followed — Gandolfini played a submarine crew member in Crimson Tide in 1995 and a gangland bodyguard in Get Shorty the same year.

Accepting a Golden Globe award for his work in The Sopranos' first season in 1999, Gandolfini graciously thanked the show's writers, its cast, and its creator, David Chase, "for giving someone like me the opportunity to play a part like this."

He also joked, "I have to mention my Teamster driver now, Joey Fay."

More recently, the burly actor was in the action film Zero Dark Thirty. He was also working on an upcoming CBS show, Taxi 22. Another project, Criminal Justice, is in the works for HBO.

Gandolfini is survived by his wife, Deborah Lin, and their daughter, as well as a son from his earlier marriage to Marcy Wudarski.