Accessibility links
He's An Impostor, The Navy Says About Cap'n Crunch : The Two-Way The cereal star was first unmasked by a food blogger, who noticed his stripes did not match his rank. Now the Navy has weighed in, saying it has no record of his service.

He's An Impostor, The Navy Says About Cap'n Crunch

He's An Impostor, The Navy Says About Cap'n Crunch 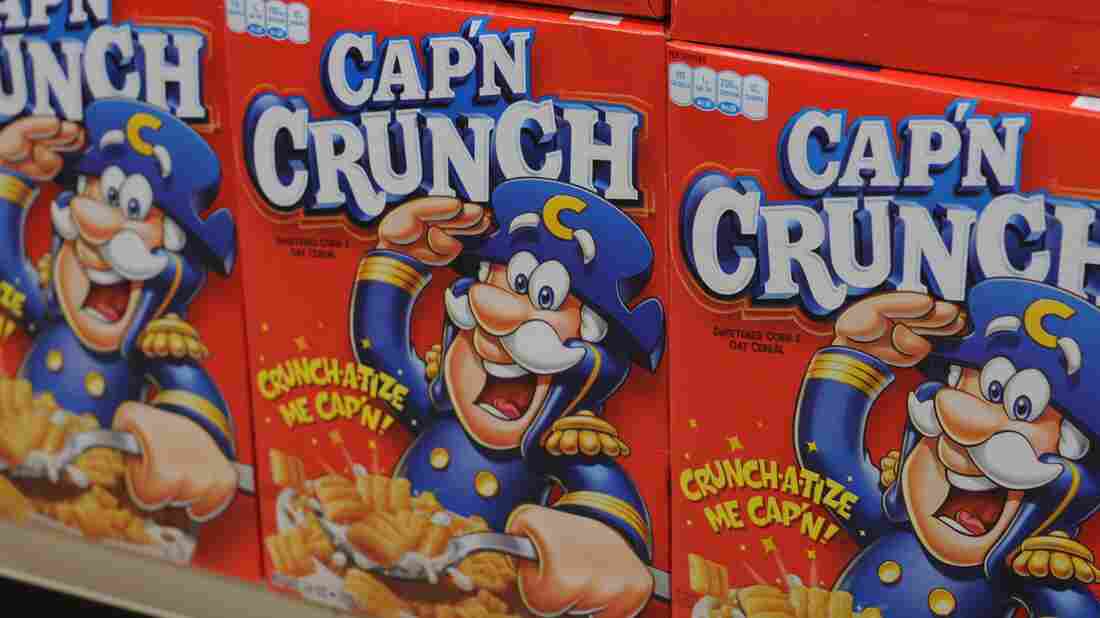 We don't know how, but we missed a major scandal brewing in the Navy for decades. It's important, so even if we're a little late to the story we still wanted to point it out: Cap'n Crunch is an impostor.

The Cap'n was unmasked on June 14 by a food blogger, who noticed the uniform he wears on cereal boxes had the stripes of a commander, not a captain. That is: A captain has four stripes on his sleeve, while a commander has three.

As the story spread, the Navy confirmed what you might be fearing: Cap'n Crunch is a fraud, tricking innocent children since his introduction in 1963.

" 'You are correct that Cap'n Crunch appears to be wearing the rank of a U.S. Navy commander,' Lt. Cmdr. Sarah Flaherty, a U.S. Navy spokeswoman, tells Foreign Policy. 'Oddly, our personnel records do not show a "Cap'n Crunch" who currently serves or has served in the Navy.' "

What's more: We put our investigative reporter hat on and went digging. We pulled up historical images of the Cap'n, and they showed that on some occasions he sported one stripe, on others two.

Cap'n Crunch is trying to tweet away the crisis. He said:

"So much fuss about my name. O, be some other name. What's in a name? That which we call Cap'n Crunch, by any other name would taste as sweet"