Accessibility links
Gay-Therapy Ministry Shuts Down, Says 'We've Hurt People' : The Two-Way Gay-rights activists have praised Exodus International's President Alan Chambers for shutting down the group and acknowledging that its aims were misguided. 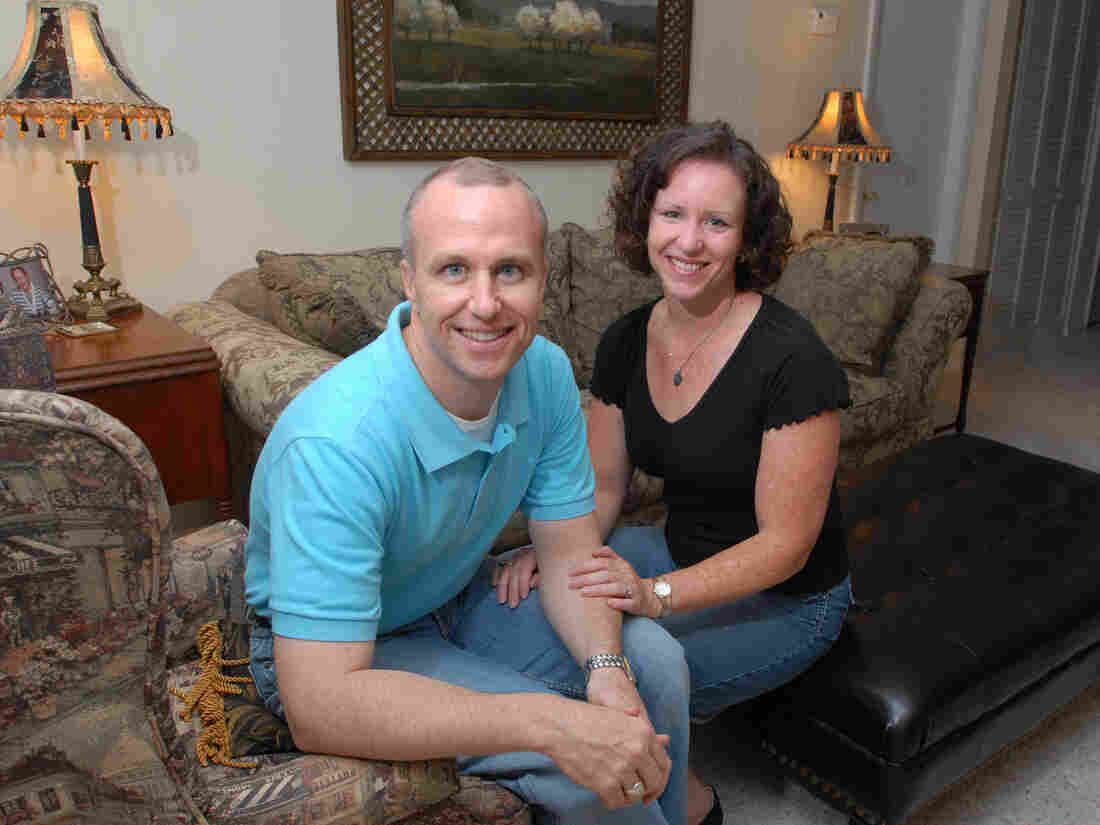 Alan Chambers, president of Exodus International, with his wife, Leslie, in a May 2006 photo. Phelan M. Ebenhack/AP hide caption 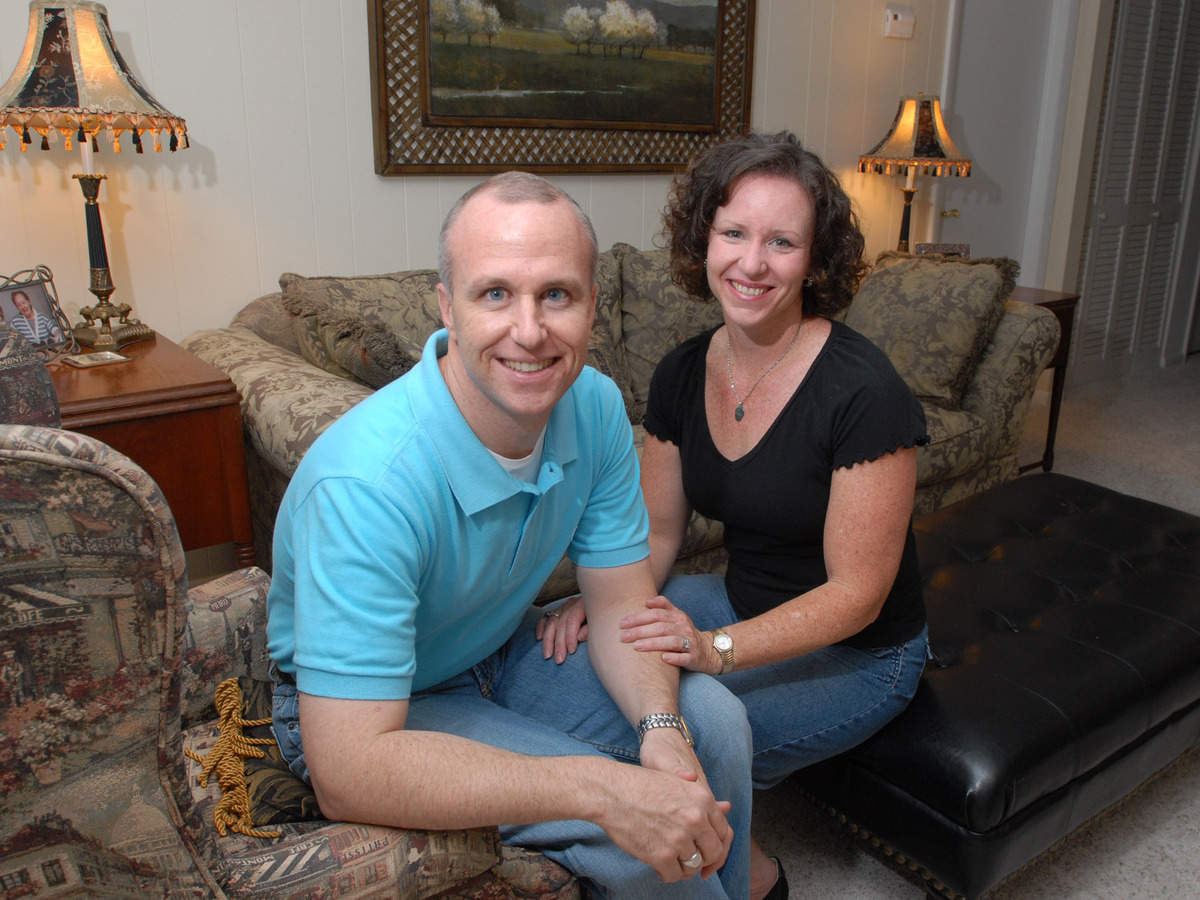 Alan Chambers, president of Exodus International, with his wife, Leslie, in a May 2006 photo.

Gay-rights activists have welcomed a decision by a Christian ministry dedicated to "curing" homosexuals to shut its doors, praising the organization's president for his "integrity and authenticity" in offering an apology for the group's actions.

The Orlando, Fla., based Exodus International, which calls itself the oldest and largest Christian ministry dealing with faith and homosexuality, announced Thursday that it would cease its operations.

The group's president, Alan Chambers, said in a statement that he wanted to apologize to the gay community "for years of undue suffering and judgment at the hands of the organization and the church as a whole."

A gay-rights group, Truth Wins Out, said it welcomed Chambers' "integrity and authenticity."

"It takes a real man to publicly confront the people whose lives were destroyed by his organization's work, and to take real, concrete action to begin to repair that damage," the group's associate director, Evan Hurst, was quoted by The Associated Press as saying.

Another gay-activist group, The Human Rights Campaign, said it was pleased that Exodus had taken a "first step in honestly addressing the harm the organization and its leaders have caused."

On Wednesday, at the ministry's annual conference, Chambers acknowledged that "we've hurt people."

"While there has been so much good at Exodus, there has also been bad," he said. "We've fought the culture war, and we've lost. It's time for peace."

Chambers, who is married to wife Leslie and has spoken openly about his sexual attraction to men, said last year that he was trying to distance his ministry from the notion that it could "cure" a homosexual orientation. A year ago, Chambers had already publicly backed away from the notion that the organization could cause someone to change his or her sexual orientation.

Tony Moore, an Exodus board member, said in a separate statement that the decision was "not negating the ways God used Exodus to positively affect thousands of people, but a new generation of Christians is looking for change — and they want it to be heard."

The AP says that Truth Wins Out's Hurst notes that some former Exodus followers who were disenchanted with Chambers' direction had formed a new "ex-gay ministry."

NPR's John Burnett reports that in an television interview last year, Chambers said that 99.9 percent of gay people who go through therapy to change their sexual orientation never are able to do it.

Christopher Doyle, a psychotherapist and president of the International Healing Foundation, a group that maintains that homosexual tendencies can be reoriented, says Chambers' announcement has hurt the cause.

"It's a sad day for the ex-gay movement, where the largest Christian organization that's existed for almost 40 years, [that] has really given a lot of hope to people who are trying to come out of homosexuality, is basically saying that people can't change," Doyle told NPR.