Accessibility links
Judge Shaves 10 Years From Ex-Enron CEO's Prison Sentence : The Two-Way Jeffrey Skilling, convicted in 2006 on conspiracy, fraud and insider trading charges related to the collapse of the Houston-based energy company, could go free in 2017. 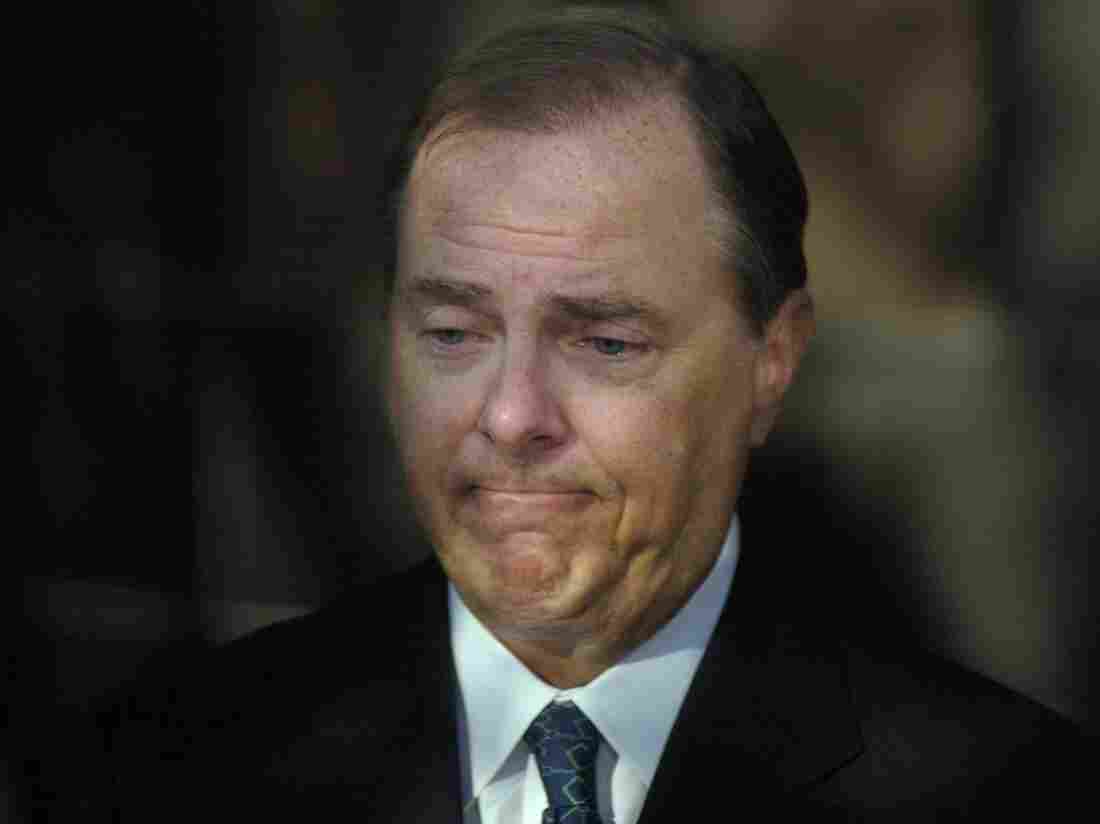 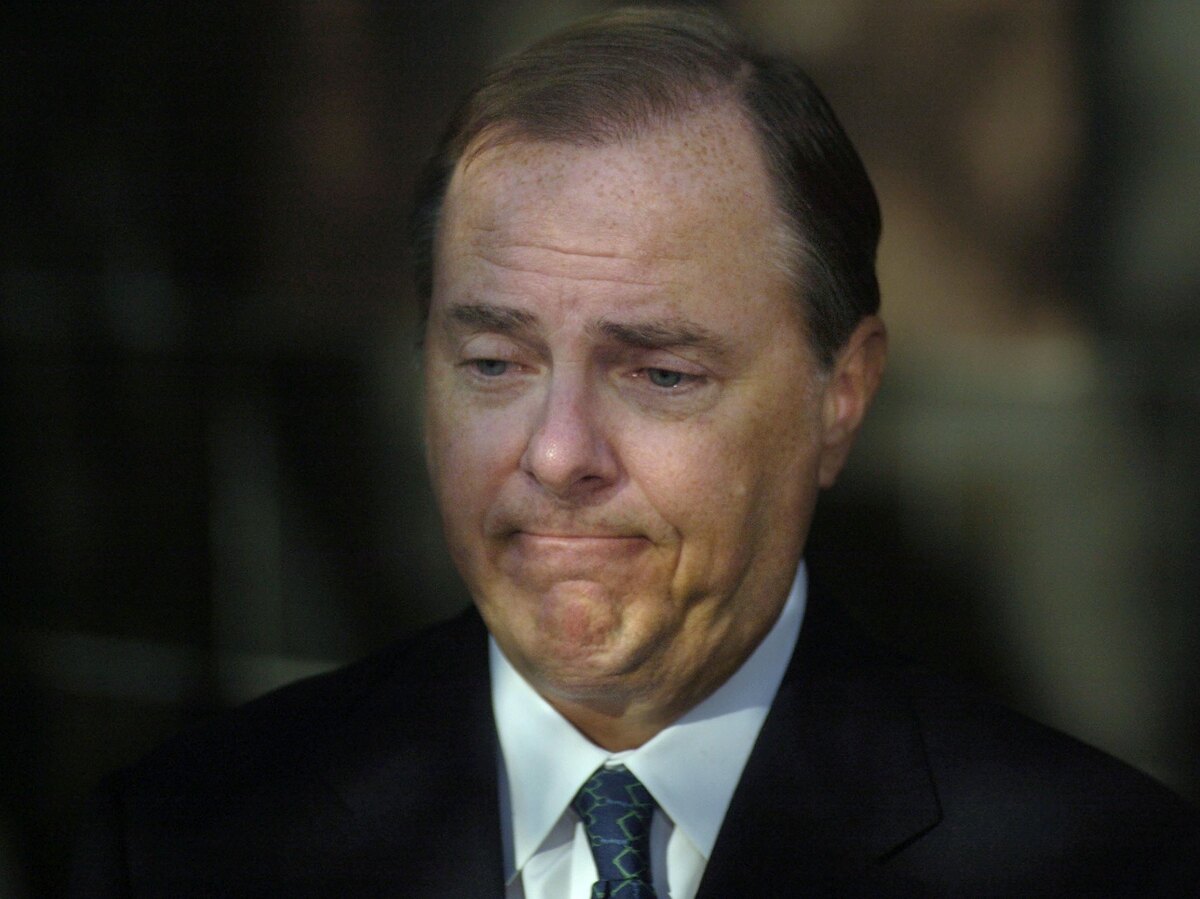 Former Enron CEO Jeffrey Skilling talks to the media after his October 2006 sentencing in Houston.

Disgraced former Enron CEO Jeffrey Skilling — convicted of conspiracy, fraud and insider trading related to the 2001 collapse of the Houston-based energy company — has gotten a decade subtracted from his 24-year sentence.

Skilling, 59, has been in prison since he was convicted and sentenced in 2006. With the sentence reduction on Friday and time off for good behavior, he could go free in 2017.

"This is not an easy decision," U.S. District Judge Simeon Lake said as he reduced the sentence to 14 years. At the hearing, Lake acknowledged the gravity of Skilling's crimes as well as his charitable works in Houston, and in prison, where he reads to a blind inmate and teaches English and Spanish, according to Reuters.

As part of the deal, $40 million of Skilling's fortune, which has been frozen since 2006, will be released and distributed to Enron employees who suffered losses when their company stock suddenly became worthless.

"The Justice Department said that in an effort to resolve a case that's gone on for more than 10 years, it agreed to an additional reduction of about 20 months as part of a deal to stop Skilling from filing any more appeals. Federal prosecutors say the deal will allow for the distribution of $41.8 million of Skilling's assets in restitution to victims of Enron's 2001 collapse.

Even with the reduced sentence, Skilling's prison term is still the longest of those involved in the Enron scandal. He was the highest-ranking executive to be punished. Enron founder Kenneth Lay's similar convictions were vacated after he died of heart disease less than two months after his trial."