Accessibility links
Hospitalized Nelson Mandela In Critical Condition : The Two-Way The anti-apartheid leader who became South Africa's first black president has been in a Pretoria hospital since June 8 with a recurring lung infection. 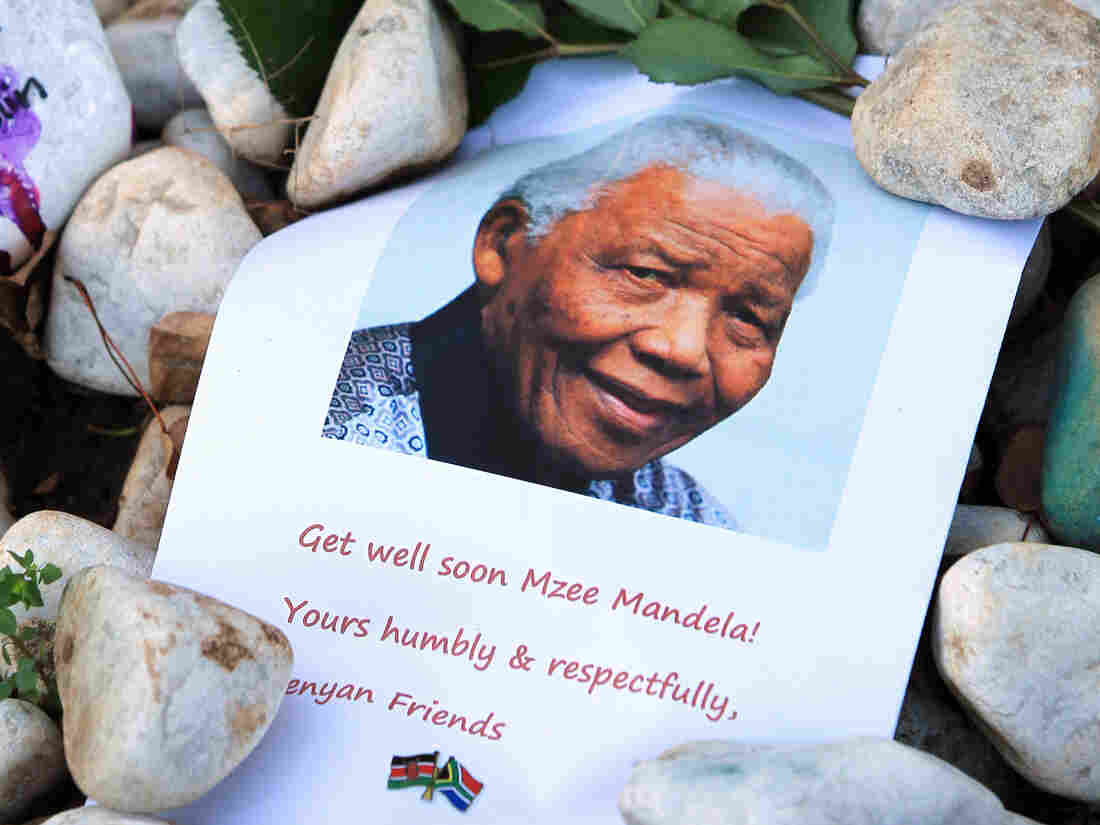 A print of Nelson Mandela and get well messages lay outside the home of the former President Mandela in Johannesburg, South Africa earlier this month. Themba Hadebe/Associated Press hide caption 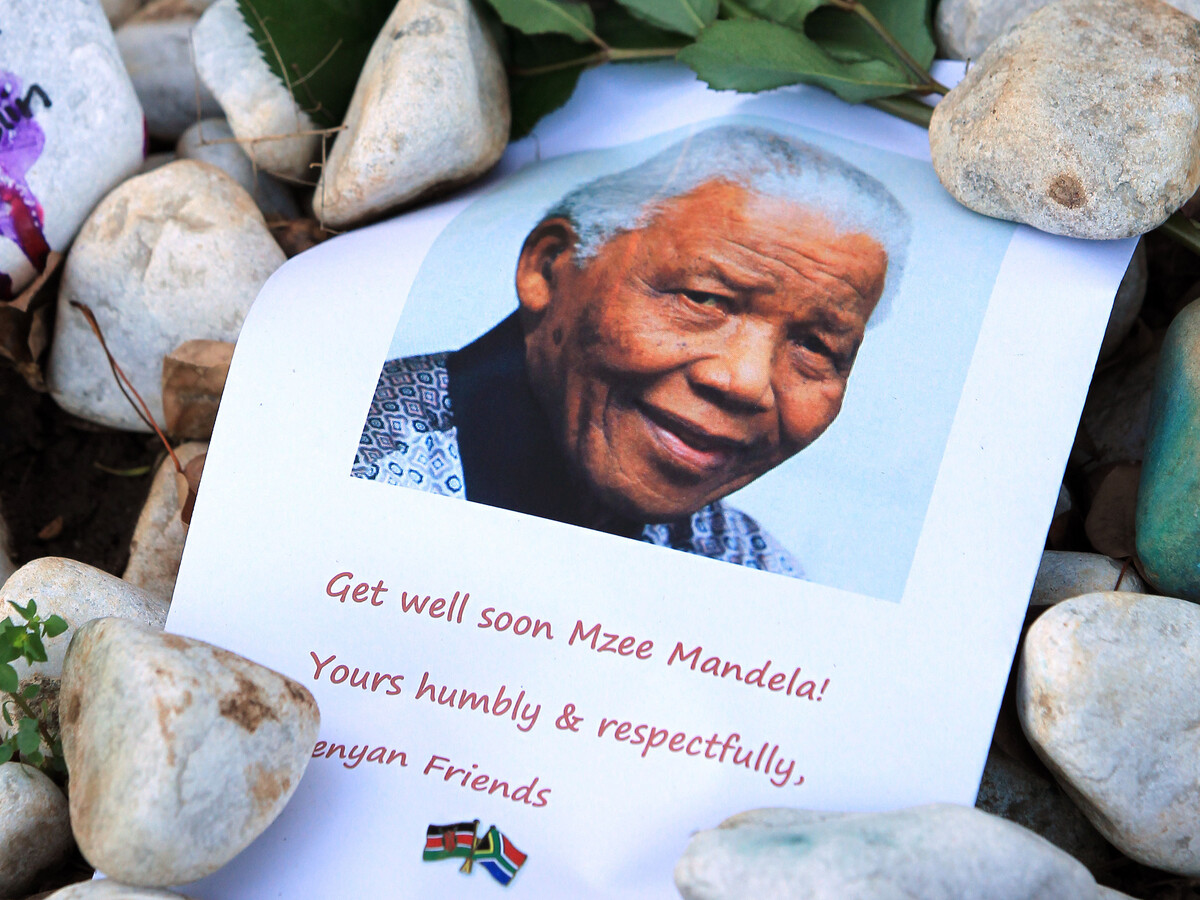 A print of Nelson Mandela and get well messages lay outside the home of the former President Mandela in Johannesburg, South Africa earlier this month.

Nelson Mandela, the former South African president and anti-apartheid leader, is in critical condition in a hospital in Pretoria where he was admitted two weeks ago with a recurring respiratory infection.

A statement from South African President Jacob Zuma said the 94-year-old Mandela's condition had become critical over the past 24 hours.

"The doctors are doing everything possible to get his condition to improve and are ensuring that Madiba is well-looked after and is comfortable. He is in good hands," said Zuma, referring to Mandela by his clan name.

Mandela, a Noble Peace Prize laureate, was rushed to the hospital on June 8, but was reportedly stranded for 40 minutes en route after his ambulance broke down.

On Saturday, Zuma's office confirmed that an ambulance that transported Mandela had been disabled. Presidential spokesman Mac Maharaj said Mandela was transferred to another military ambulance for the remainder of the journey between Johannesburg and the Medi-Clinic Heart Hospital in Pretoria.

He did not say how long the trip to the hospital took, but said "all care" was taken to ensure that Mandela's medical condition was not compromised.

Mandela's lung problems date from his long imprisonment at Robben Island near Cape Town, where he spent 27 years for his anti-apartheid activities before being released in 1990.