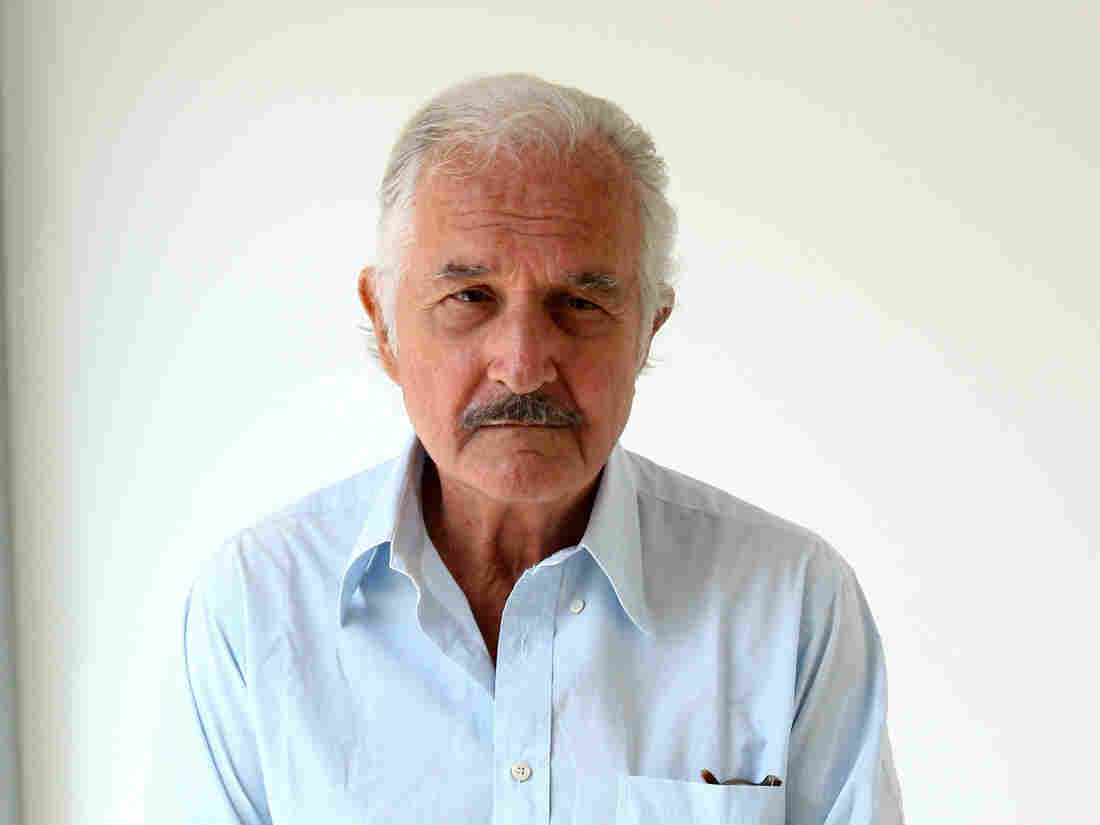 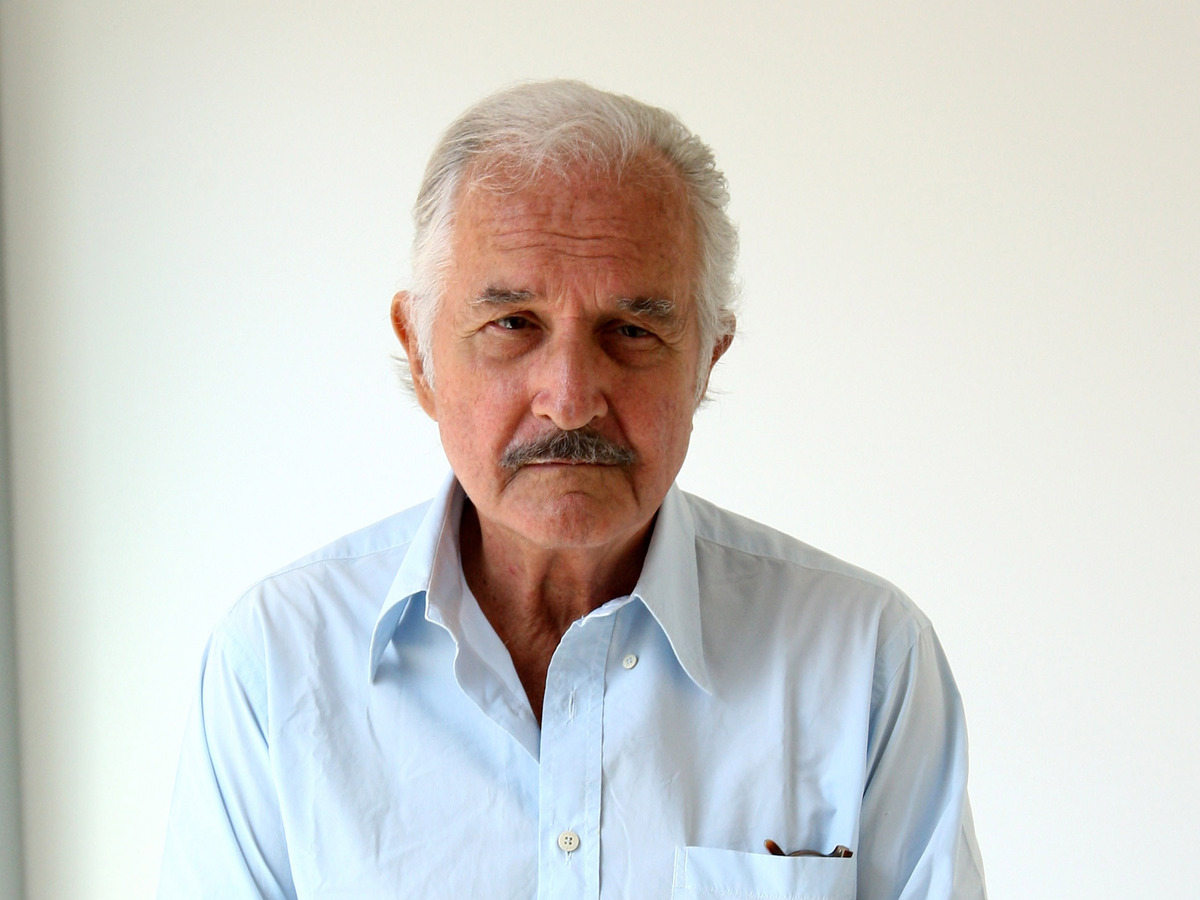 Author Carlos Fuentes at a 2008 cocktail party for writers at Sala Buzzati in Milan, Italy.