Accessibility links
Justice Thomas Says Court Should Have Gutted Affirmative Action : The Two-Way Thomas sided with the majority but argues that state-sanctioned racial discrimination is "automatically fatal." In his view, the court should have taken broader action to prohibit the use of race in college admissions.

In a fiery concurring opinion (pdf), Justice Clarence Thomas made it clear that the Supreme Court did not go far enough, when it decided Fisher v. University of Texas this morning.

As Mark reported, in a 7-1 ruling, the court skirted the big issues and decided to send the case back to a lower court, asking that court to give more scrutiny to UT's race-conscious admissions program. 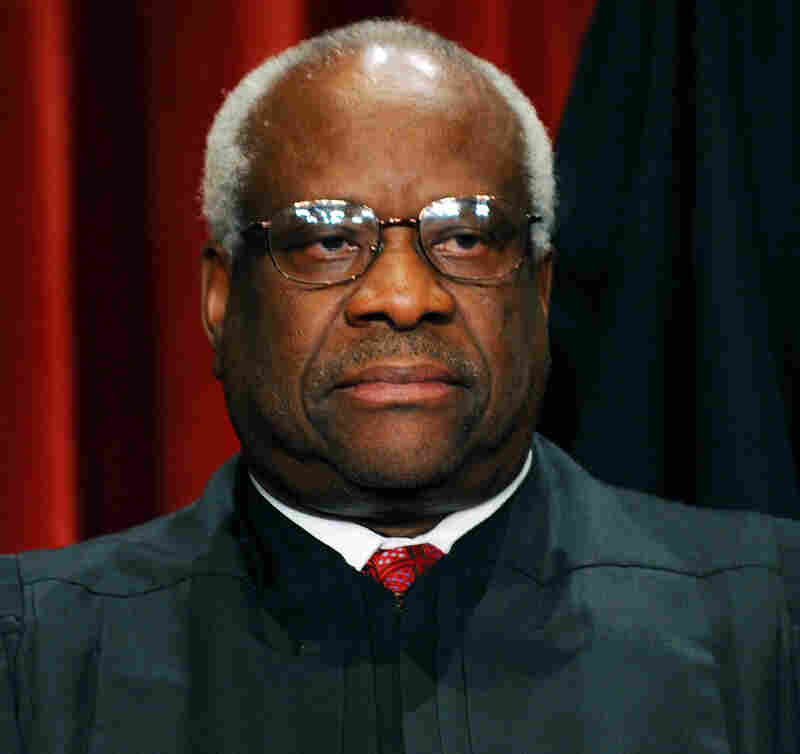 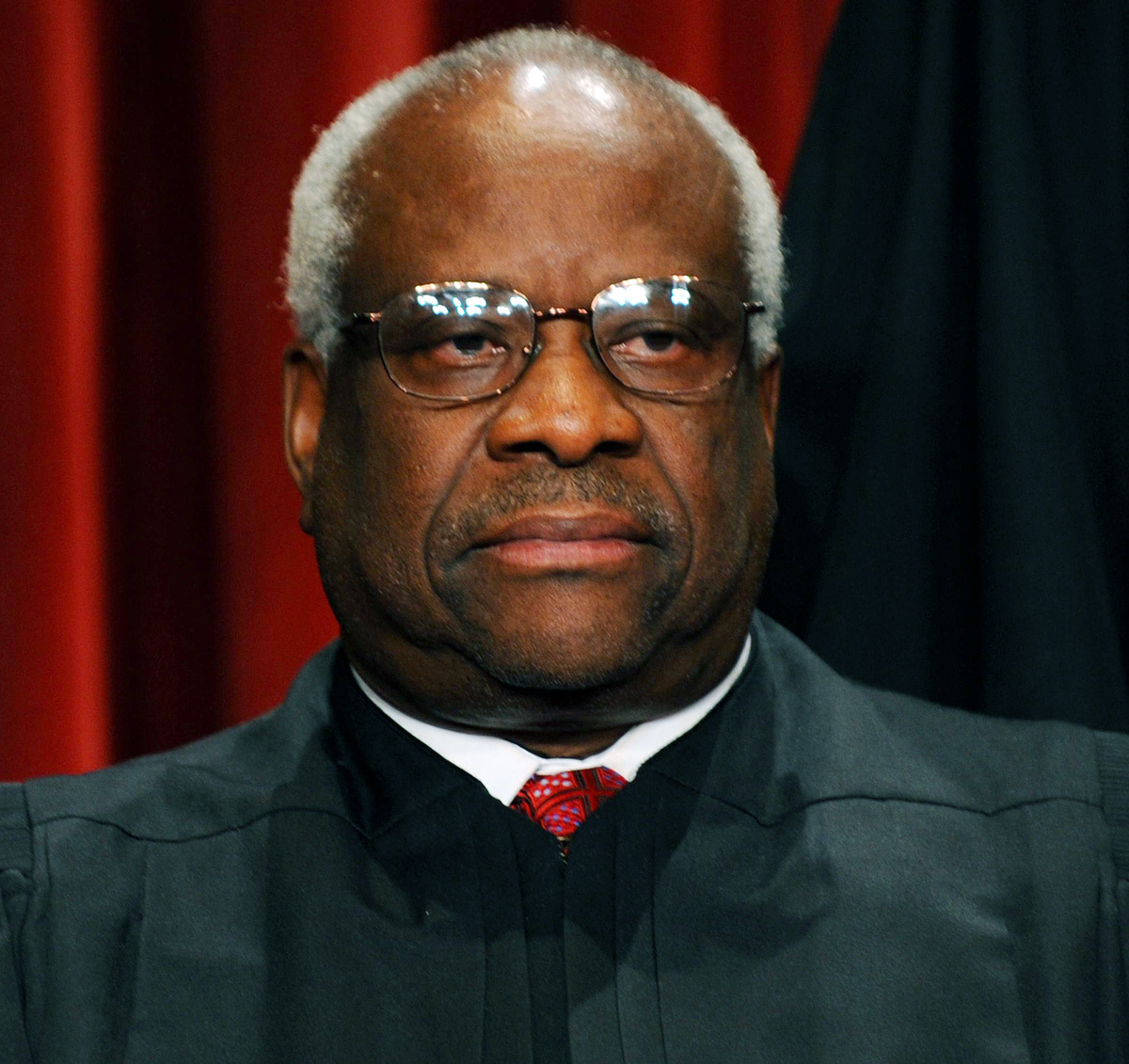 Thomas argued a very basic premise: The government should consider race only when there is a "pressing public necessity." In Thomas' view, that means the state can only consider race "to provide a bulwark against anarchy, or to prevent violence."

Affirmative action, he argued, hardly meets those standards. What's more, he said, just as the court decided that discrimination was unconstitutional when the country set up "separate-but-equal" schools, it should also conclude that it is wrong when universities include race in their admissions decisions.

Thomas agreed with the majority today, but he argued that the court should have made a broader statement — moving to overturn Grutter v. Bollinger, a 2003 decision that held the University of Michigan's use of race in assessing law school applicants did not run afoul the Constitution's equal protection clause as long as the policy was "narrowly tailored" to further the "compelling government interest" of having a diverse student body.

Thomas refers to those tests when he wrote:

"This most exacting standard 'has proven automatically fatal' in almost every case. Jenkins, supra, at 121 (THOMAS, J., concurring). And rightly so. 'Purchased at the price of immeasurable human suffering, the equal protection principle reflects our Nation's understanding that [racial] classifications ultimately have a destructive impact on the individual and our society.' Adarand Constructors, Inc. v. Peña, 515 U. S. 200, 240 (1995) (THOMAS, J., concurring in part and concurring in judgment). 'The Constitution abhors classifications based on race' because 'every time the government places citizens on racial registers and makes race relevant to the provision of burdens or benefits, it demeans us all.' Grutter, supra, at 353 (THOMAS, J., concurring in part and dissenting in part)."

Thomas' opinion is worth a read because it distills how he believes we've gotten to where we are in regard to affirmative action. Thomas argues that before Grutter, the court had only twice approved racial discrimination. First in Korematsu v. United States in 1944, when it cited national security to uphold an evacuation order for all those with Japanese ancestry, and then in 1986 when it said in Wygant v. Jackson Bd. of Ed that the government "has a compelling interest in remedying past discrimination for which it is responsible."

Thomas argues that Grutter doesn't fit within those "strict-scrutiny" precedents and so it should be overturned.