Accessibility links
Clock Runs Out On Controversial Texas Abortion Bill : The Two-Way After a dramatic evening that included a filibuster, procedural back-and-forth and the crowds of chanting protesters in the Capitol, Texas lawmakers failed to pass sweeping abortion restrictions before a midnight deadline. 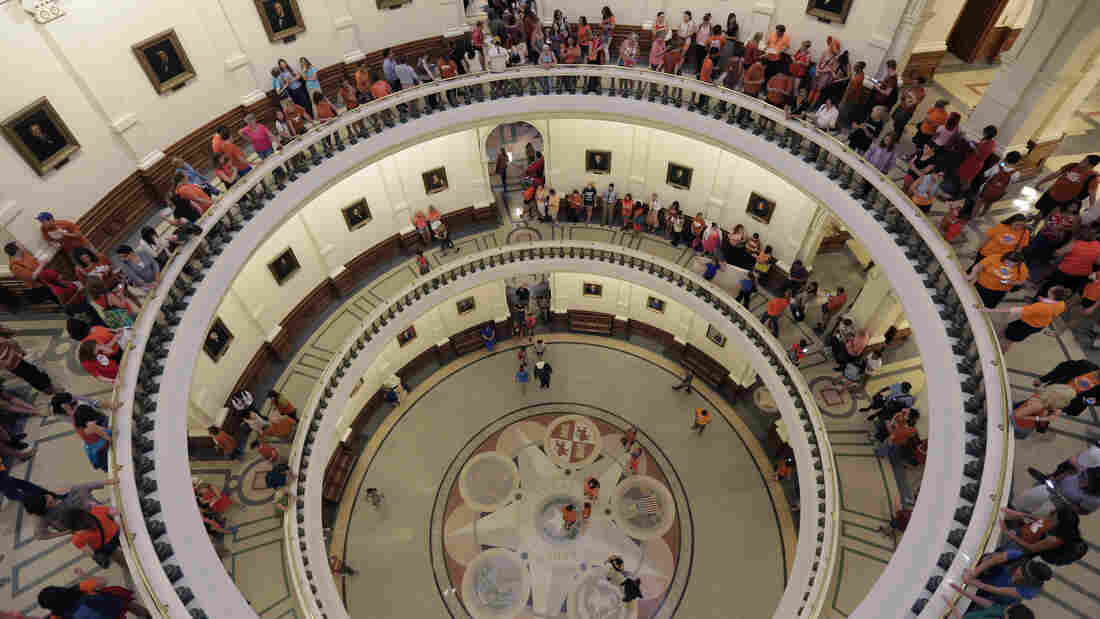 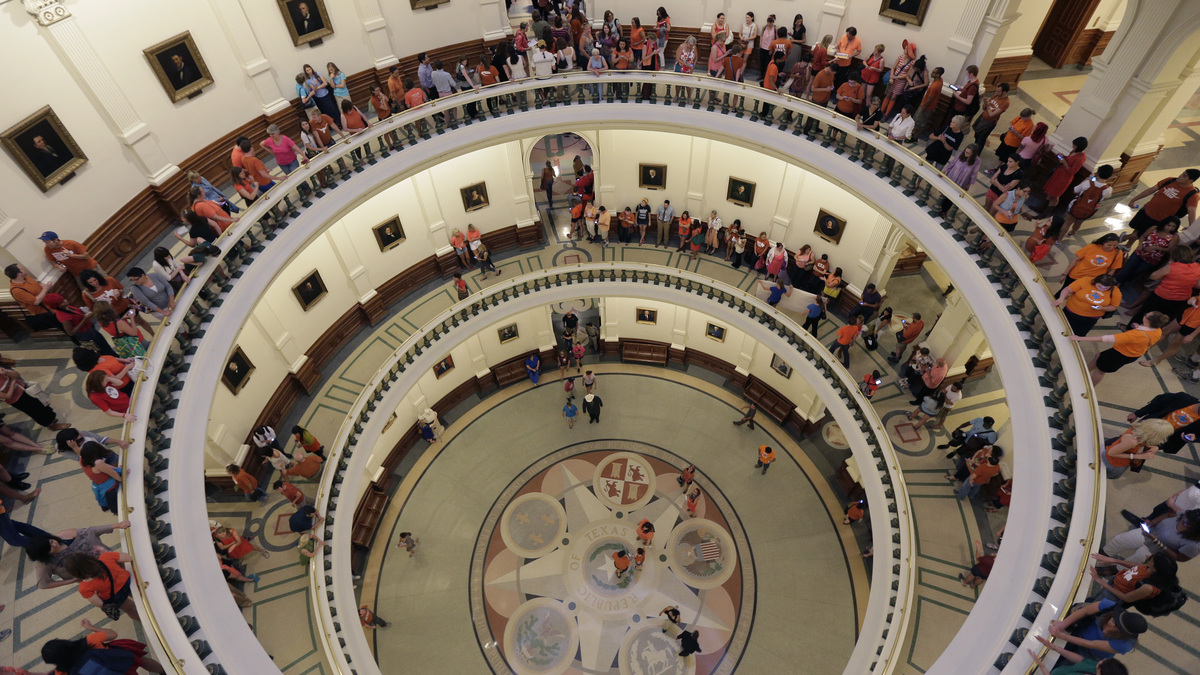 The Texas Capitol rotunda filled with supporters of state Sen. Wendy Davis, D-Fort Worth, who filibustered a controversial abortion bill.

The official clock ran out on Texas lawmakers overnight, which effectively killed a bill that would have dramatically restricted abortion in the nation's second most populous state. Hours of chaos and confusion in Austin finally lifted as Texas Senate leaders decided that the vote on Senate Bill 5 did not clear a constitutionally-mandated hurdle that it pass before midnight.

The vote happened at 12:02 a.m. CT, two minutes after the Legislature's mandated end to its special session. (Special sessions in Texas are restricted to 30 days and called by the governor.) Democratic lawmakers, and throngs of protesters that filled the Capitol rotunda, had sought to run out the clock on the vote all day.

There was the daylong filibuster attempt by Democratic lawmaker Wendy Davis, nearly an hour of procedural back-and-forth and roaring crowds in the gallery that disrupted order and slowed down the process. The Dallas Morning News describes the scene:

"The extended drama came after Republicans used strict interpretations of Senate rules to knock Sen. Wendy Davis, D-Fort Worth, off her marathon filibuster. The final vote was delayed several minutes by loud applause from the gallery, drowning out the action on the floor."

Republicans left the Senate floor after the vote without officially adjourning the session. Then, curiously, the official time on the vote records changed. The Texas Legislature's official website at first showed the bill had passed on Wednesday, June 26, or after midnight. But it was changed to reflect passage before midnight, June 25. Who made the change is unclear.

A private caucus of the full Senate followed the chaotic final vote.

Republicans ultimately conceded that the bill did not pass in time.

"Regrettably, the constitutional time for the first called session of the 83rd Legislature has expired. Senate Bill 5 cannot be signed in the presence of the Senate at this time. Therefore, it cannot be enrolled," Texas Lt. Gov. David Dewhurst said. He added, "It's been fun, but seeya soon."

The victory for Democrats is probably temporary. There's nothing to prevent Republican Gov. Rick Perry from calling another 30-day special session, specifically on the topic of abortion legislation. Polls show Texas voters favor abortion restrictions and it's a deeply red state where Republicans control all statewide offices, the Texas House and the Texas Senate by wide margins.