Accessibility links
Western States' Heat Wave Turns Deadly; No Relief In Sight : The Two-Way The death of an elderly man in Las Vegas is being blamed on temperatures that have soared past 110 degrees in many places. The National Weather Service warns that it's going to stay brutally hot in the Southwest for at least a few more days. 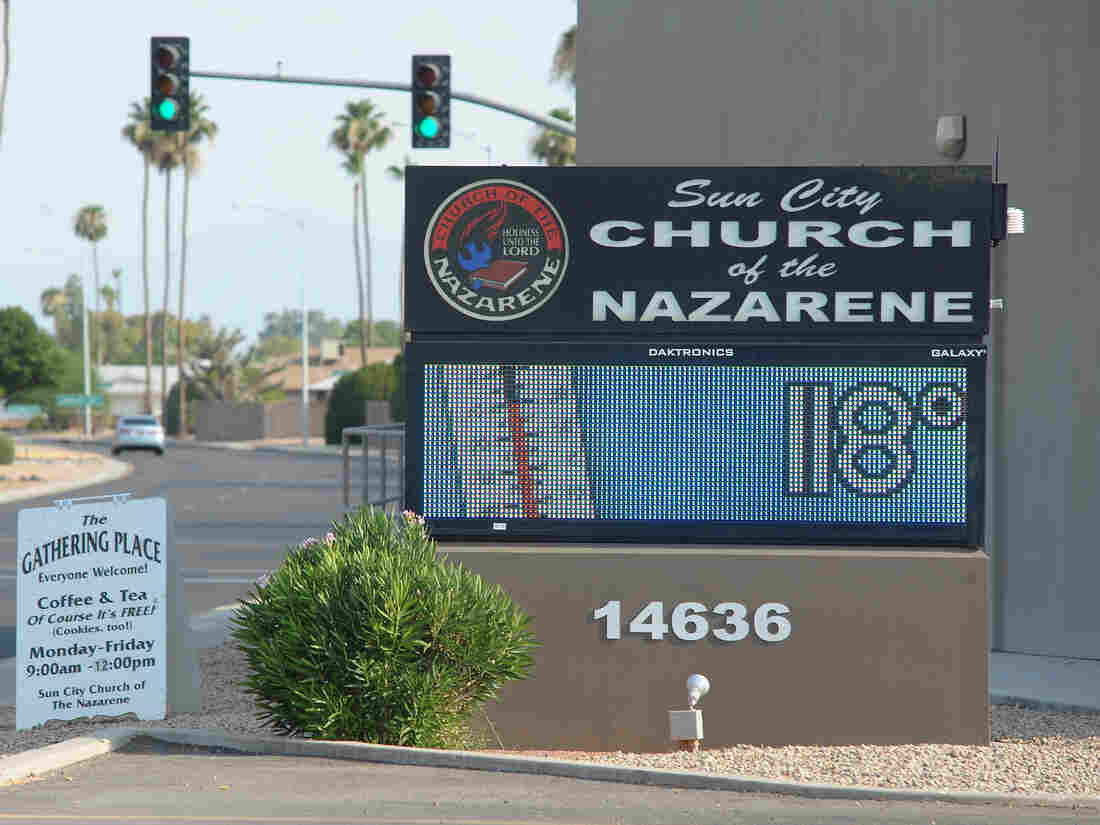 It was hot Saturday in Sun City, Ariz., and across the Southwest. Richard A. Brooks /AFP/Getty Images hide caption 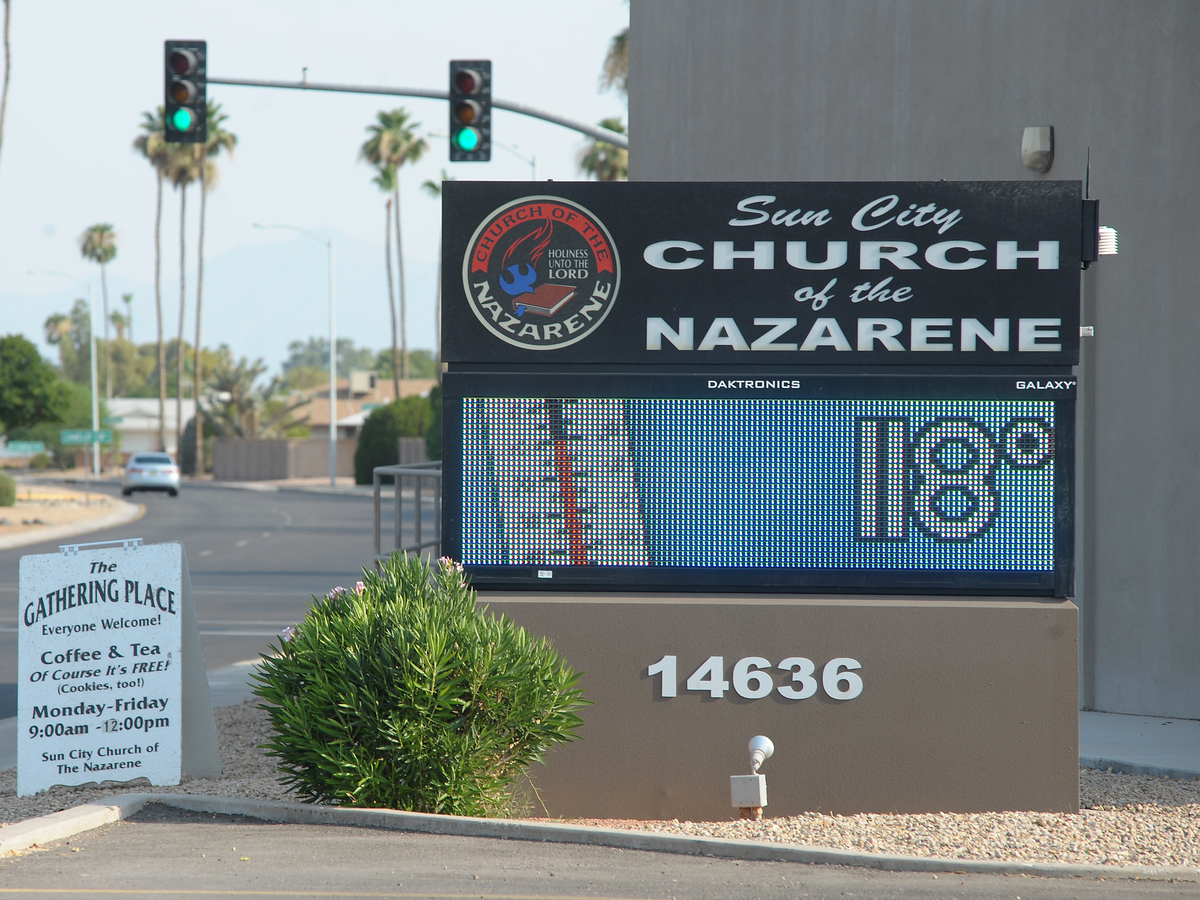 It was hot Saturday in Sun City, Ariz., and across the Southwest.

The brutal heat wave that has Southwest states in its grip is being blamed for at least one death.

Saturday in Las Vegas, an elderly man was found dead in his home, which did not have air conditioning, the Las Vegas Sun reports. Paramedics say the heat contributed to his death, a spokesman for Las Vegas Fire and Rescue tells the Sun. For the second consecutive day, the temperature hit 115 degrees Fahrenheit in the city.

Now forecasters warn that temperatures, which have also topped 110 in other cities, hit 122 in Palm Springs, Calif., and went even higher in Death Valley, won't be coming down in the next few days. What's worse, they might even go a bit higher. As CNN puts it:

"Civic and emergency officials throughout the Southwest say if there was ever a time to worry, this would be it."

According to the National Weather Service:

"Temperatures will continue to approach or exceed records underneath an expansive upper ridge anchored over the Southwest and Great Basin. Excessive heat warnings remain in effect for a large portion of California ... Nevada ... and Arizona ... where daytime highs will yet again dangerously soar well past the century mark and overnight lows will barely drop into the seventies and eighties. As the ridge begins to build northward late Sunday and into Monday ... triple digit temperatures will expand north through the Intermountain West and all the way to the Canadian border."

The Weather Channel adds that "temperatures will continue to soar well into the 110s and even 120s into the new week."

The high there Saturday, according to that chart, was 124 degrees.

"It feels a bit like somebody is blowing a hair dryer in my face at all times. ... It's hot to the crisp and the sun is absolutely punishing," Kirk tells our Newscast Desk. He's been watching a thermometer that just a few minutes ago was registering 129 degrees.

For the record, the National Weather Service's webpage's latest reading was "only" 119 degrees.

If you need a refresher on tips for how to stay safe when its extremely hot, the Weather Service has them posted here. As we said Saturday, they include:

— Stay inside if you have air conditioning. Go to a library, store or cooling center if you don't.

— Slow down. This isn't a time to be outside exercising.

Meanwhile, there's more rain expected Sunday in parts of the Northeast. That could mean more flooding for already soggy parts of New York State and Pennsylvania.