Accessibility links
Kerry Sees 'Real Progress' After Latest Mideast Trip : The Two-Way "With a little more work, the start of final status negotiations could be within reach," the secretary of state said Sunday after four days of shuttle diplomacy. He met with Israeli and Palestinian officials.

Peace between Palestinians and Israelis? No? Progress? After four days of shuttle diplomacy, Secretary of State John Kerry says the two sides are getting closer to peace negotiations.

"We have made real progress on this trip," Kerry said Sunday as he prepared to leave Israel and fly to Brunei for meetings with Southeast Asian leaders — and to talk with Russian Foreign Minister Sergei Lavrov about Syria.

"I believe that with a little more work, the start of final status negotiations could be within reach," Kerry added. 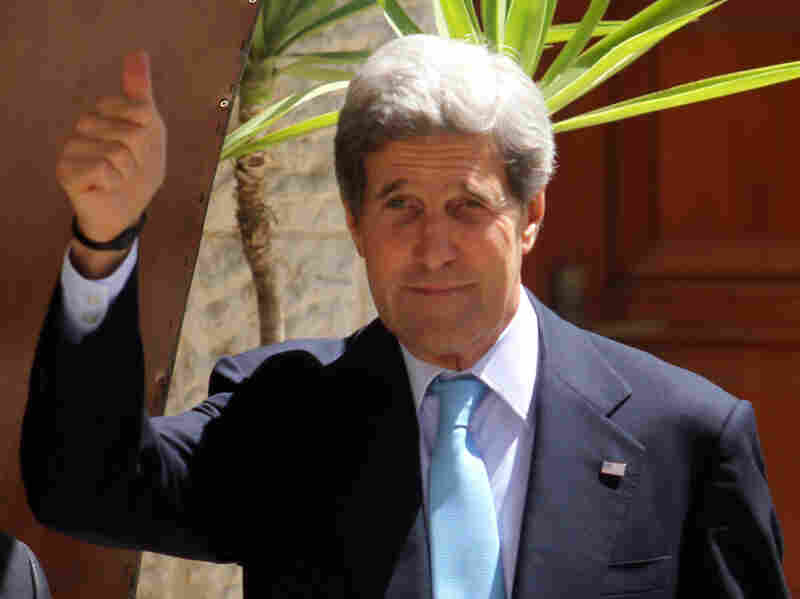 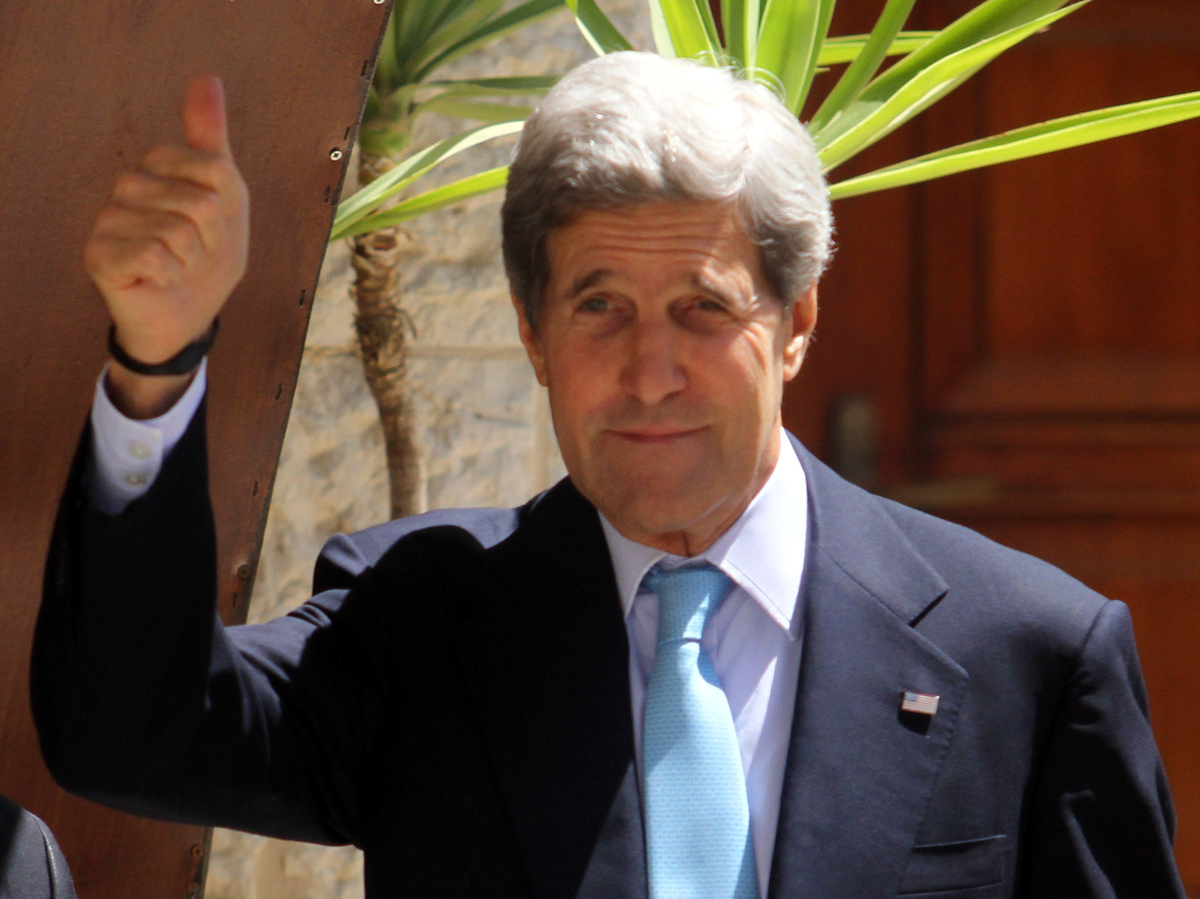 Secretary of State John Kerry on Sunday in the West Bank city of Ramallah.

The big issues on both sides are well known. Security is a paramount Israeli concern. There has been talk of keeping Israeli troops along the eastern edge of any future Palestinian state, to secure the border with Jordan. Having enough land for a viable state is a top Palestinian issue. Over the past few months Prime Minister Benjamin Netanyahu's government has quietly stopped issuing bids for new Israeli settlements in the West Bank, but building approved by municipalities continues. (Click here for much more of NPR's "Israel-Palestinian coverage.")

Kerry would not offer details about the progress he says he sees on those or other issues, but said that both sides are working hard. He spent more than six hours overnight Saturday in meetings with Israeli officials, including Netanyahu. The two met three times over four days. Kerry also met three times with Palestinian Authority President Mahmoud Abbas; in Amman, Jordan and in Ramallah, in the West Bank.

At the end of it all, Kerry said that gaps have been narrowed considerably, but that there is more work to be done. Palestinian chief negotiator Saeb Erekat was quoted as saying the atmosphere was positive, but that there had been s no breakthrough. Netanyahu said that Israel is ready to begin negotiations immediately, but that there will be no agreement that endangers Israel's security.

Kerry says this is difficult work.

"These are very complicated talks because the stakes are very, very high for everybody," he told reporters at the Tel Aviv airport Sunday afternoon. "This is about a country, two countries and two peoples and peace and the possibilities of avoiding war and how you guarantee things where years and years of conflict have hardened feelings and hardened emotions and hardened realities. So it's hard to work through that."

Kerry suggested that he would not have minded staying longer.

"If I didn't have to go to have these meetings and to take part as I need to, I'd stay here and we'd continue to work," he said. He's leaving behind at least one senior adviser, his Deputy Special Envoy for Middle East Peace, Frank Lowenstein. Lowenstein said he'll be in the region "a couple of days."