Accessibility links
LOOKING BACK: RFK's 'Ripple Of Hope' Speech In South Africa : The Two-Way Speaking in Cape Town on Sunday, President Obama recalled what some say was Robert Kennedy's greatest speech — the senator's 1966 address at a South African university. 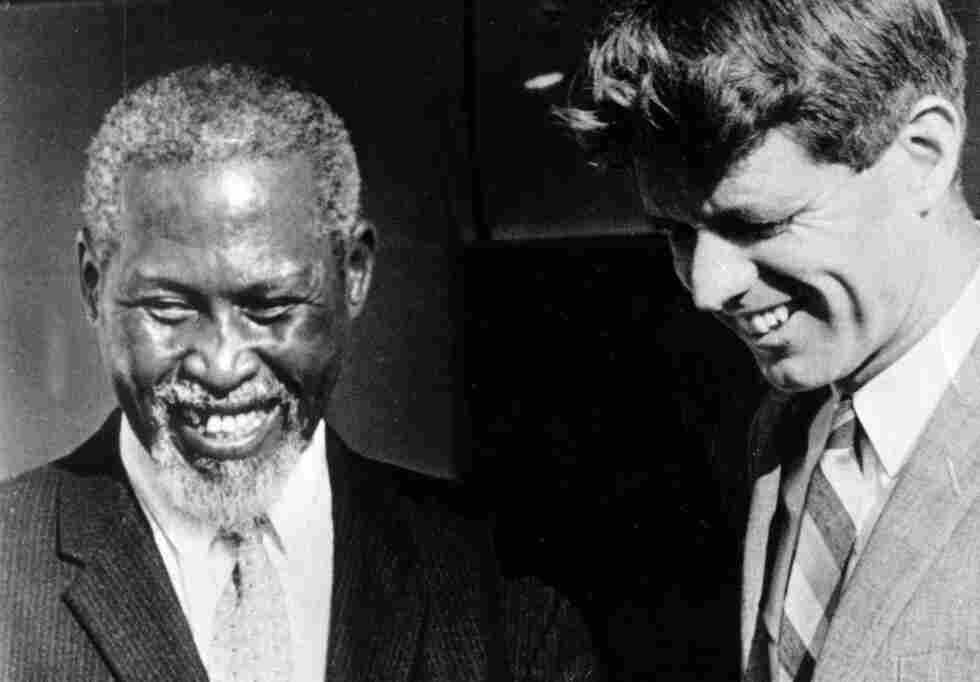 A Meeting Of Great Minds: During his 1966 visit to South Africa, Sen. Robert F. Kennedy met with anti-apartheid activist Chief Luthuli and later spoke publicly about their meeting. Because of a government ban on media coverage of Luthuli, it was the first news many had of their leader in more than five years. Shoreline Productions hide caption 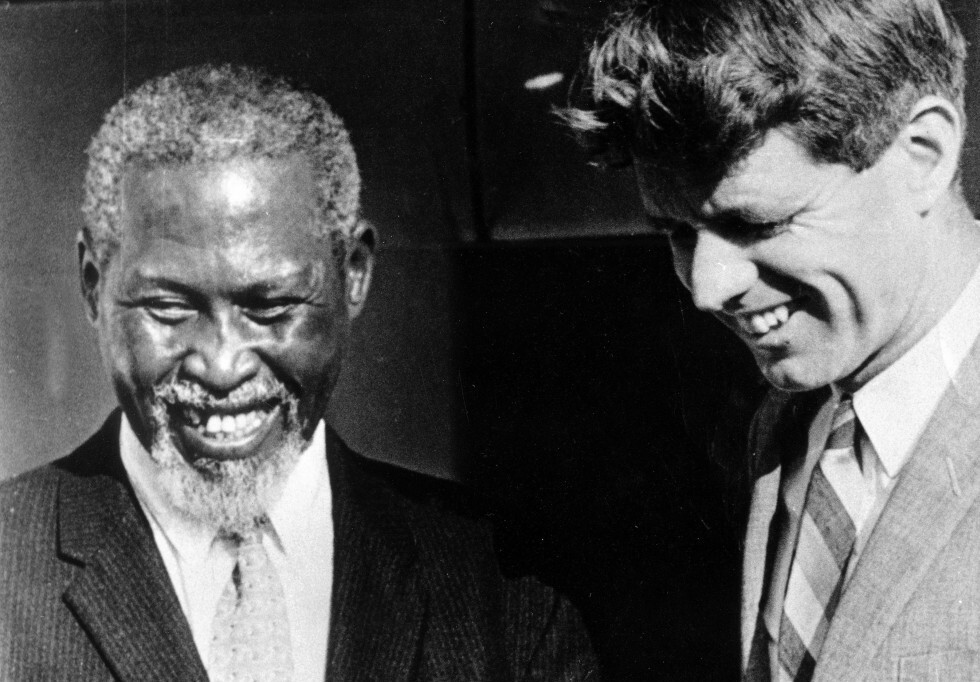 A Meeting Of Great Minds: During his 1966 visit to South Africa, Sen. Robert F. Kennedy met with anti-apartheid activist Chief Luthuli and later spoke publicly about their meeting. Because of a government ban on media coverage of Luthuli, it was the first news many had of their leader in more than five years.

At South Africa's University of Cape Town on Sunday, President Obama noted that he was speaking at the same place where, in 1966, then-Sen. Robert Kennedy, D-N.Y., delivered what some historians believe was the best speech of his life.

Obama was discussing about how, as a young man, he had come to believe that "I could be part of something bigger than myself; that my own salvation was bound up with those of others."

Then the president brought up the late senator:

"That's what Bobby Kennedy expressed, far better than I ever could, when he spoke here at the University of Cape Town in 1966. He said, 'Each time a man stands up for an ideal, or acts to improve the lot of others, or strikes out against injustice, he sends forth a tiny ripple of hope, and crossing each other from a million different centers of energy and daring, those ripples build a current which can sweep down the mightiest walls of oppression and resistance.' " 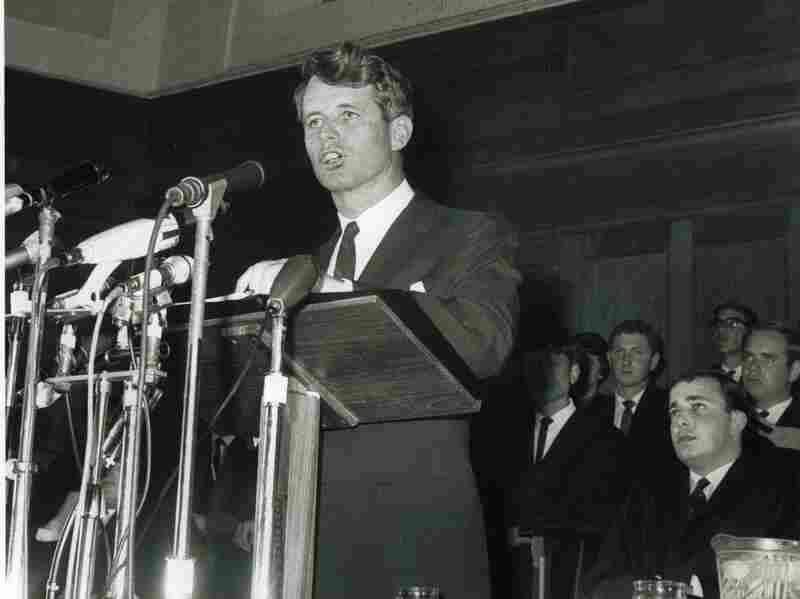 Many historians consider Kennedy's "Ripple of Hope" speech, which he delivered at the University of Cape Town on June 6, 1966, to be his greatest speech. Shoreline Productions hide caption 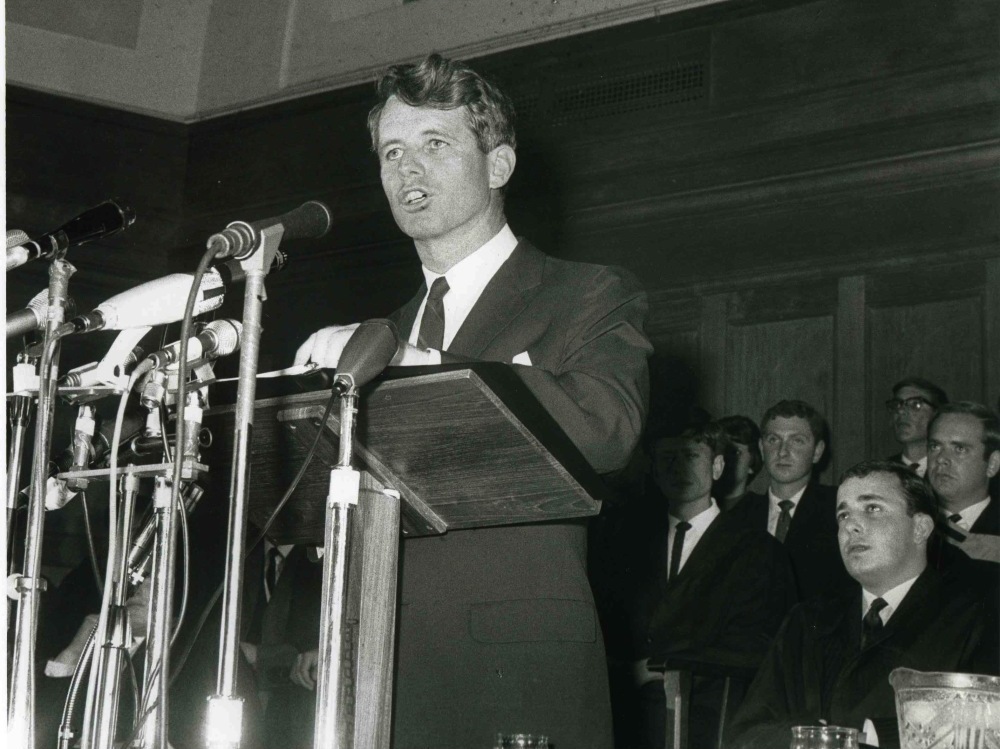 Many historians consider Kennedy's "Ripple of Hope" speech, which he delivered at the University of Cape Town on June 6, 1966, to be his greatest speech.

The president's comments about RFK and what came to be known as the senator's "Ripple of Hope" speech, reminded us that in 2011, All Things Considered reported on a documentary — RFK In the Land of Apartheid -- which explores "the unknown story of Robert Kennedy's 1966 visit to South Africa during the worst years of Apartheid."

The documentary's website has a variety of materials about the senator's speech, including the text of what's formally known as Kennedy's "Day of Affirmation" address (you can also read it at the bottom of this post). Along with the excerpt the president cited, we were also struck by:

-- Kennedy's Opening. "I came here because of my deep interest and affection for a land settled by the Dutch in the mid-seventeenth century, then taken over by the British, and at last independent; a land in which the native inhabitants were at first subdued, but relations with whom remain a problem to this day; a land which defined itself on a hostile frontier; a land which has tamed rich natural resources through the energetic application of modern technology; a land which once imported slaves, and now must struggle to wipe out the last traces of that former bondage. I refer, of course, to the United States of America."

-- His Call To Do "The Right Thing." "We must recognize the full human equality of all of our people before God, before the law, and in the councils of government. We must do this, not because it is economically advantageous, although it is; not because of the laws of God command it, although they do; not because people in other lands wish it so. We must do it for the single and fundamental reason that it is the right thing to do."

It's also worth noting that Obama spent a considerable part of his speech Sunday talking to the young people of South Africa and how "the world will be watching what you do." Kennedy, in 1966, spoke at length about the "young people around the world ... the closeness of their goals, their desires and their concerns and their hope for the future."

" It is a revolutionary world we live in, and thus, as I have said in Latin America and Asia, in Europe and in the United States, it is young people who must take the lead," Kennedy said. "You, and your young compatriots everywhere, have had thrust upon you a greater burden of responsibility than any generation that has ever lived."

For those who want to look back at RFK's speech, there's a transcript posted online here and a video from PBS about the documentary.