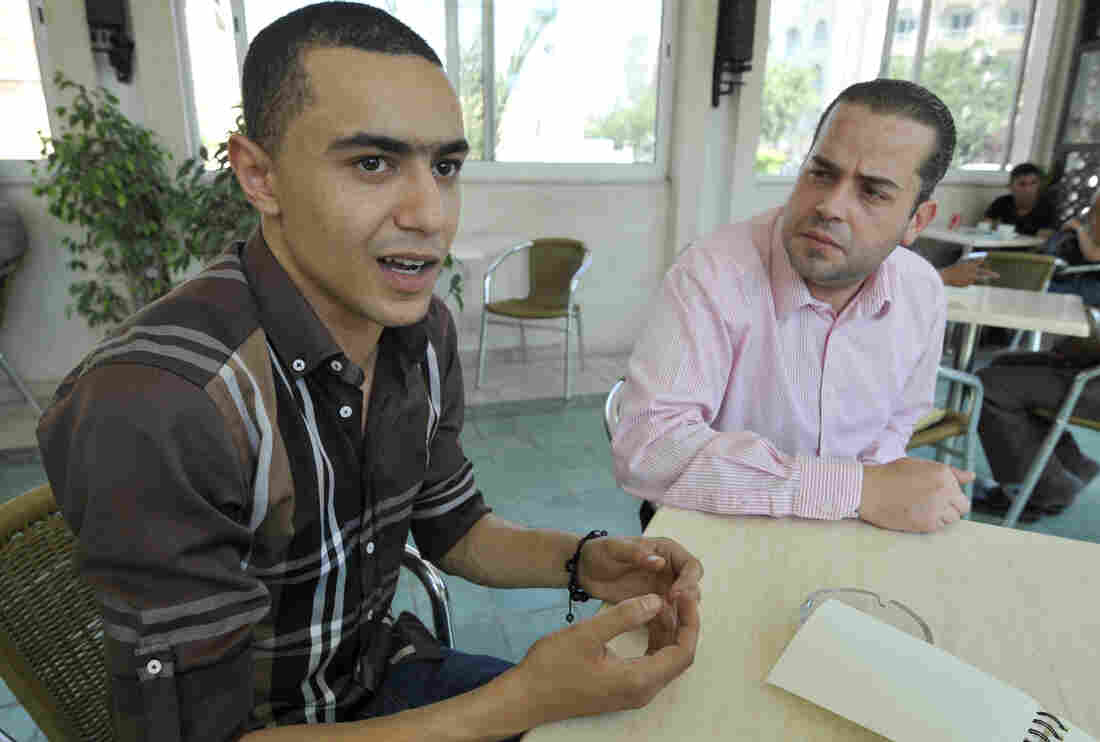 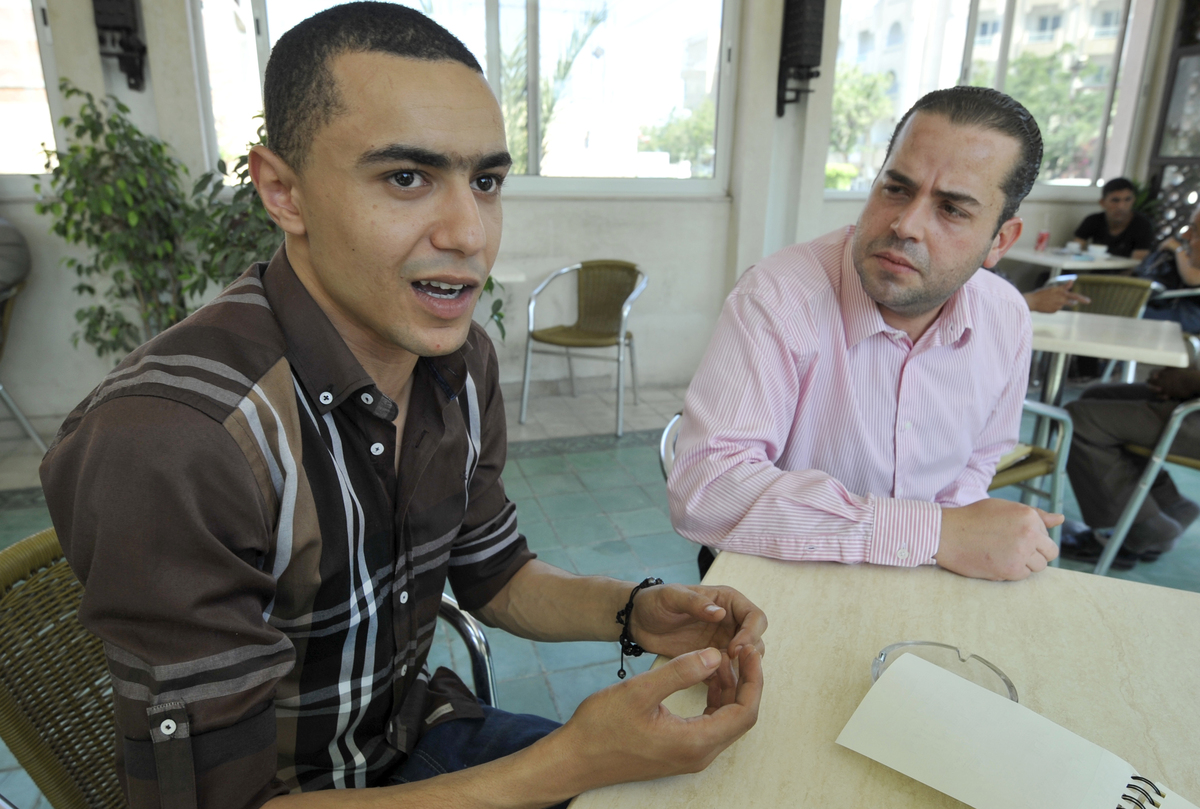 A Tunisian appeals court has freed rapper Ala Yaacoubi, who last month was sentenced to two years in prison for insulting police officers with his song "The Police Are Dogs."

Critics had said the arrest of Yaacoubi, 25, who performs under the name Weld El 15, was a sign of repression in Tunisia, where mass rallies overthrew former leader Zine El Abidine Ben Ali at the start of the Arab Spring in 2011. As NPR reported that summer, several rap songs became anthems for that shift.

Yaacoubi was jailed on June 13. This week, the appeals court altered his punishment to a six-month suspended sentence.

The head of Tunisia's Islamist government, Prime Minister Ali Larayedh, says that Yaacoubi was punished because of what Larayedh calls an incitement to hatred and violence.

"He was not tried on the basis of his work, or the freedom of expression, but for inciting hatred and calling for the death of police and magistrates," Larayedh told TV channel France 24 Monday.

"As the ruling was announced, shouts of joy erupted outside of the court of appeal in Tunis where friends and supporters of the rapper had gathered.

Yaacoubi's rap song was posted on YouTube earlier this year. It includes these lines: "Police, magistrates, I'm here to tell you one thing, you dogs; I'll kill police instead of sheep; Give me a gun I'll shoot them."

Yaacoubi has explained his song this way, as Reuters reports:

"In a separate Internet post earlier this year, he said: 'I was only using the language of the police. They have harassed me verbally and physically. As an artist, the only way I could answer them is through art. I gave them violent art.'"

The rapper's severe jail sentence drew wide attention to his video, which as of Tuesday morning had been viewed nearly 2 million times.

The news agency reports that Yaacoubi's attorney, Ghazi Mrabit, says the court's decision "means he will be freed now ... This is a historic victory for freedom of expression and democracy in Tunisia."

Last week, women representing the European activist group Femen were also released on appeal, after they had been jailed for a protest at a courthouse at which, like their other demonstrations, the Femen members were topless. Women from the group also jumped on Larayedh's car in Brussels last week.