Accessibility links
Here's How One Weird Play Saved Homer Bailey's No-Hitter : The Two-Way The Cincinnati Reds pitcher threw the second no-no of his career Tuesday night. But if not for the quick thinking of first baseman Joey Votto, the no-hitter would have been spoiled in the seventh inning. Watch the video to see what happened.

Much is being made this morning about how Bailey has now thrown Major League Baseball's last two no-hitters. (His other one came on Sept. 28, 2012, toward the end of last season.) He's the first pitcher since the legendary Nolan Ryan to record two no-nos without someone else having one in between. Ryan did that in 1974-75.

But what strikes us about Bailey's performance Tuesday night in Cincinnati is how he almost watched the no-hitter slip through his fingers because of a fluky play that he arguably mishandled — and how he was saved by a quick-thinking teammate. 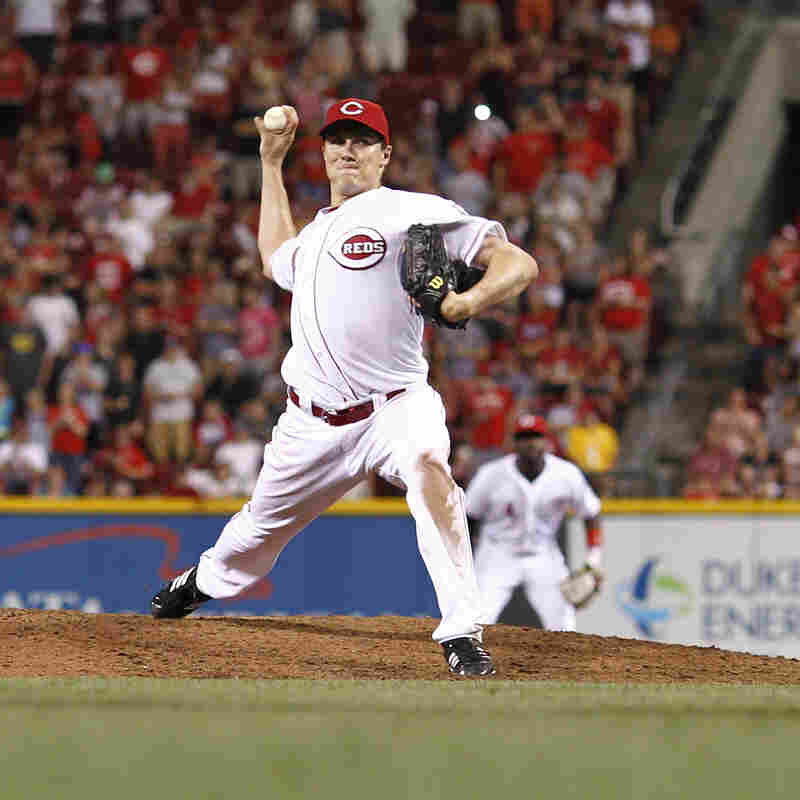 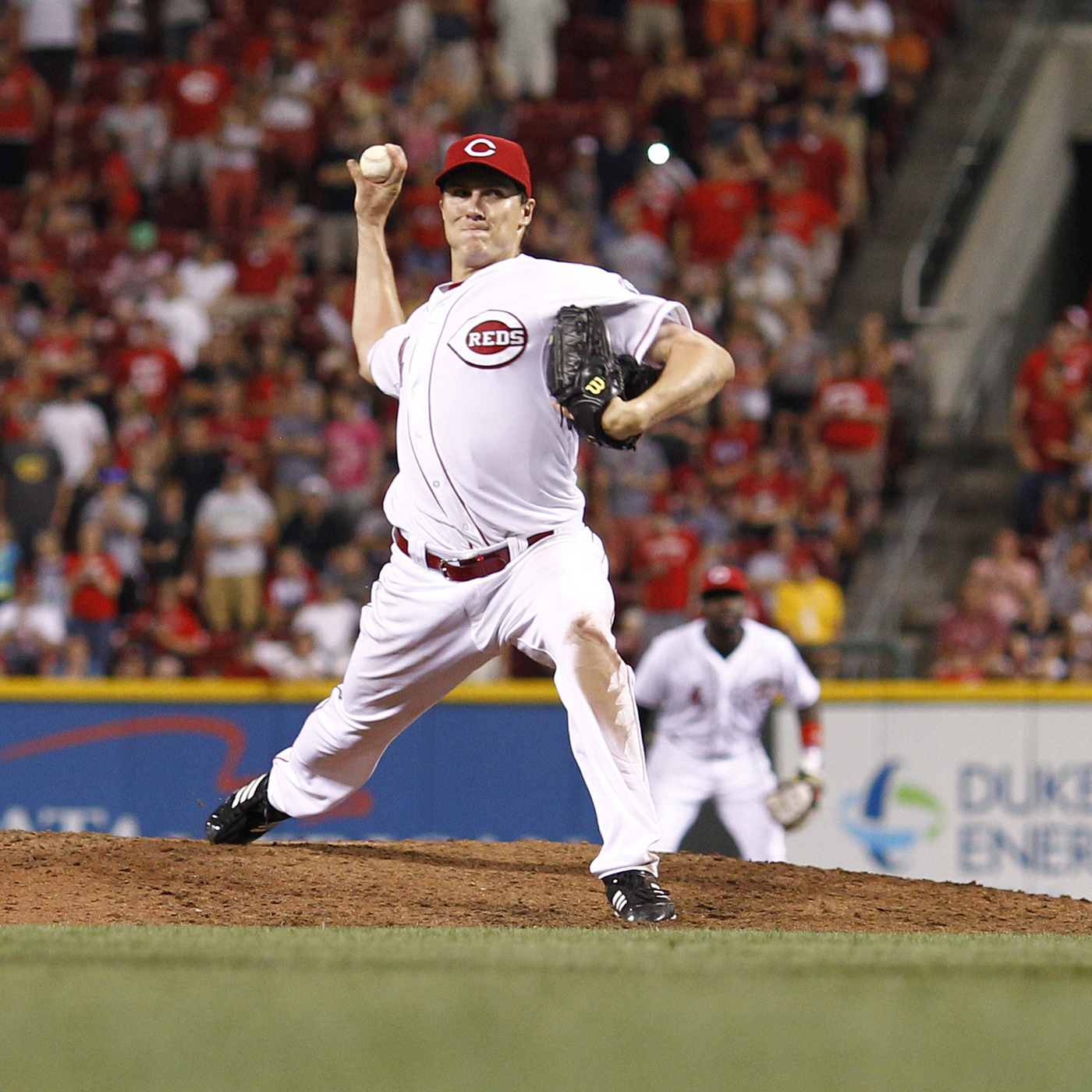 Homer Bailey of the Cincinnati Reds during the no-hitter he pitched Tuesday.

"It was the seventh inning, and Bailey had just surrendered a walk to end his run at a potential perfect game. Standing on the mound facing Buster Posey with a runner on second, he didn't want to see his chances at a second career no-hitter suffer a similar fate.

"Then Posey hit what should have been a routine ground ball to first base, but Bailey, who thought Joey Votto was possibly going to catch the ball on the fly, was late breaking to [first base]. So Votto made a quick decision, and instead of trying to make the play at first, he threw the ball to third to try to get Gregor Blanco, who had broken from second when the batted ball hit the dirt. ...

"For Bailey, the best part of the play is that [Posey's safe arrival at first base] was ruled a fielder's choice, which preserved his no-hitter. And two innings later, he closed the deal by retiring Blanco in the final at-bat."

"That would have been a sad way to lose a no-hitter," Reds manager Dusty Baker said after the game. "Joey had the presence of mind to get the lead runner and preserve the no-hitter via the force."

Often, no-hitters are saved by an outfielder's great catch or an infielder's diving stop of a hard-hit ball. In this case, a couple things happened to save Bailey's night:

-- Blanco tried to get to third. If he had just stayed where he was at second, Posey probably would have reached first thanks to a "hit."

-- Votto quickly realized he had no play to make at first, and threw in time to get Blanco out.

Just what is a fielder's choice? Here's what it says at MLB's "Official Rules: 2.00 Definiation of Terms":

And while a batter such as Posey might reach first base safely, he's only there because of the "fielder's choice," not because of what otherwise might have been scored as a hit.