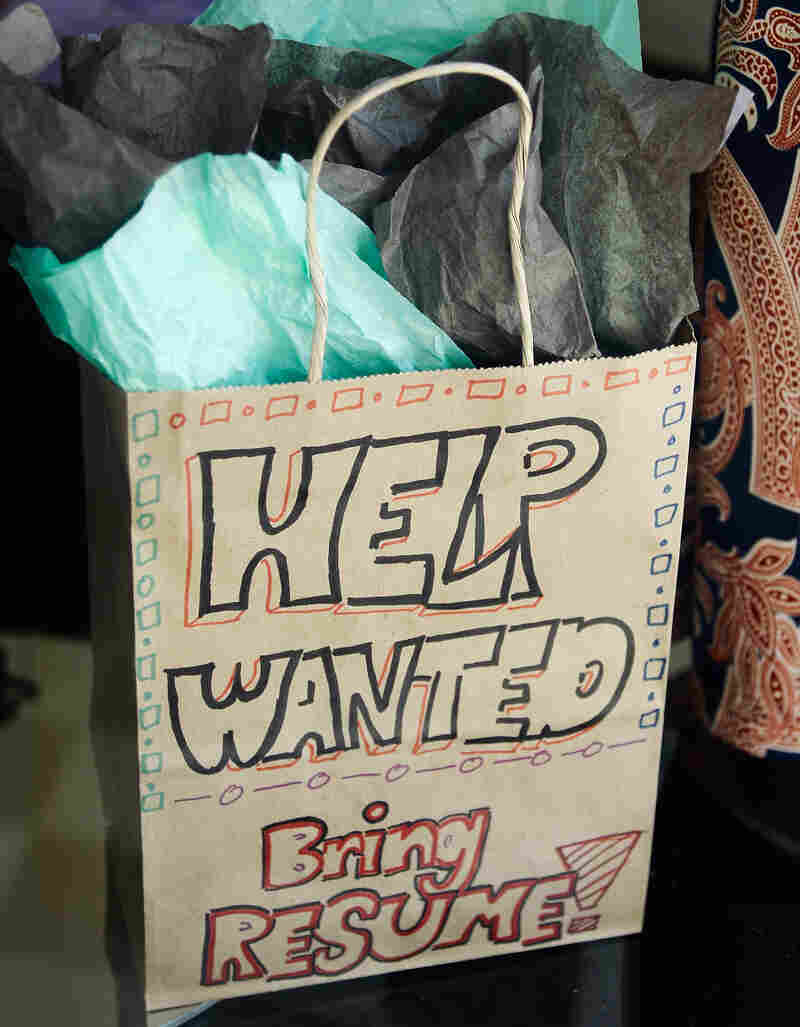 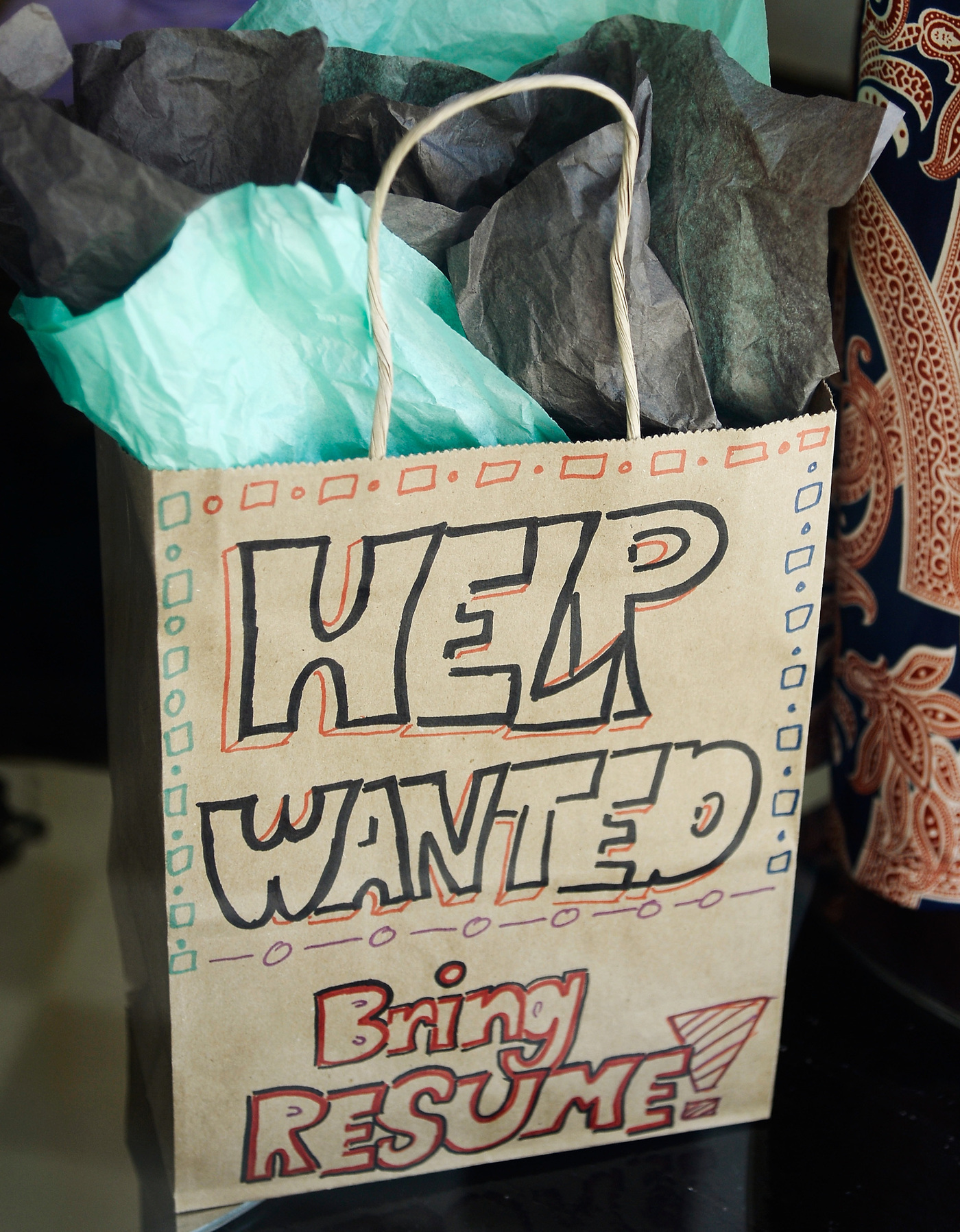 A help wanted sign in the window of a clothing store in Pasadena, Calif., last month.

-- There were 343,000 first-time claims for jobless benefits last week, down 5,000 from the week before, says the Employment and Training Administration.

-- Job growth picked up in the private sector last month, say the data crunchers who produce the monthly ADP National Employment Report. That payroll firm's national survey shows a gain of 188,000 jobs, up from growth of 134,000 jobs in May.

Moody's Analytics Chief Economist Mark Zandi, who works with ADP on the surveys, says in a statement that "the job market continues to gracefully navigate through the strongly blowing fiscal headwinds."

-- While the number of layoffs announced by U.S. companies in June was 8.2 percent higher than the level in May, "the pace of downsizing through the first half of the year is down about 9 percent from a year ago," according to the latest survey from the outplacement consultants at Challenger, Gray & Christmas.

"The economy is picking up speed with housing and manufacturing staging comebacks. Threats to job security still exist, however, in the form of federal spending cutbacks stemming from sequestration as well as potential fallout from implementation of health care reform," CEO John Challenger said in a statement released with his firm's report.

We'll learn much more about the employment situation on Friday, when the Bureau of Labor Statistics is due to release its figures on the June unemployment rate and payroll growth that month. Bloomberg News says economists are expecting to hear that "employers created 165,000 jobs in June, [versus] 175,000 a month earlier" and that the jobless rate ticked down to 7.5 percent from May's 7.6 percent.