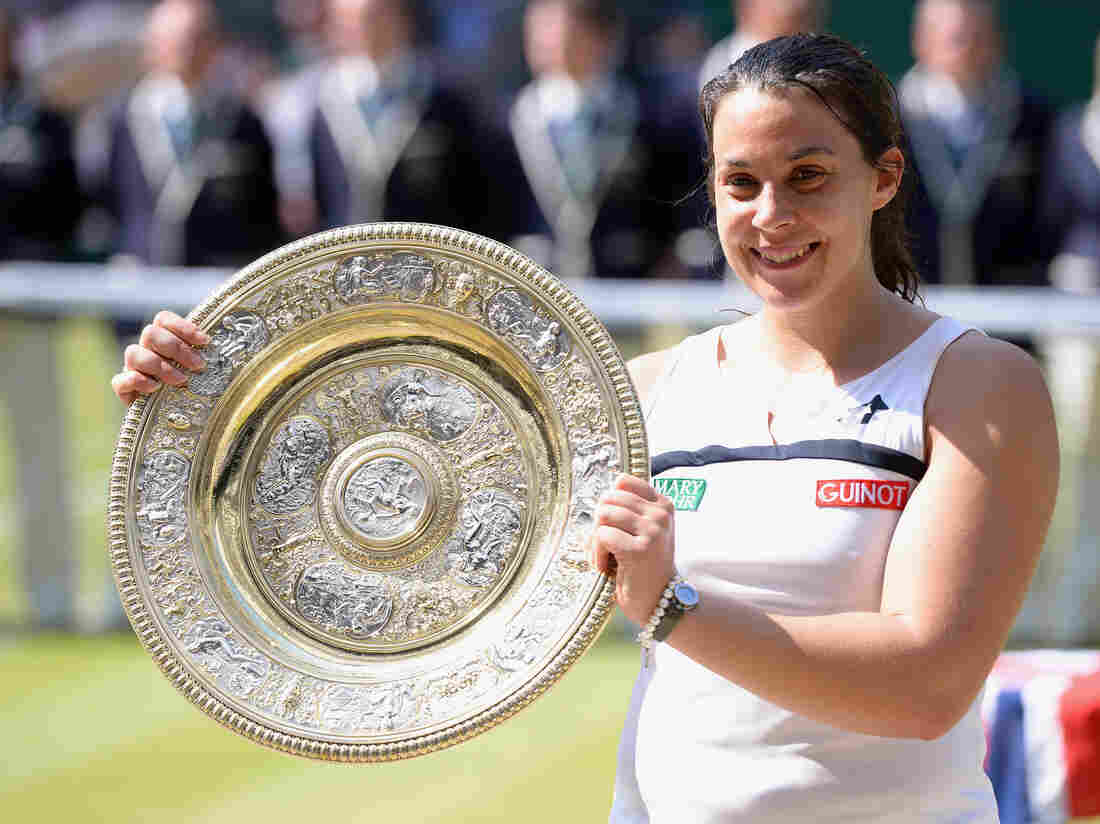 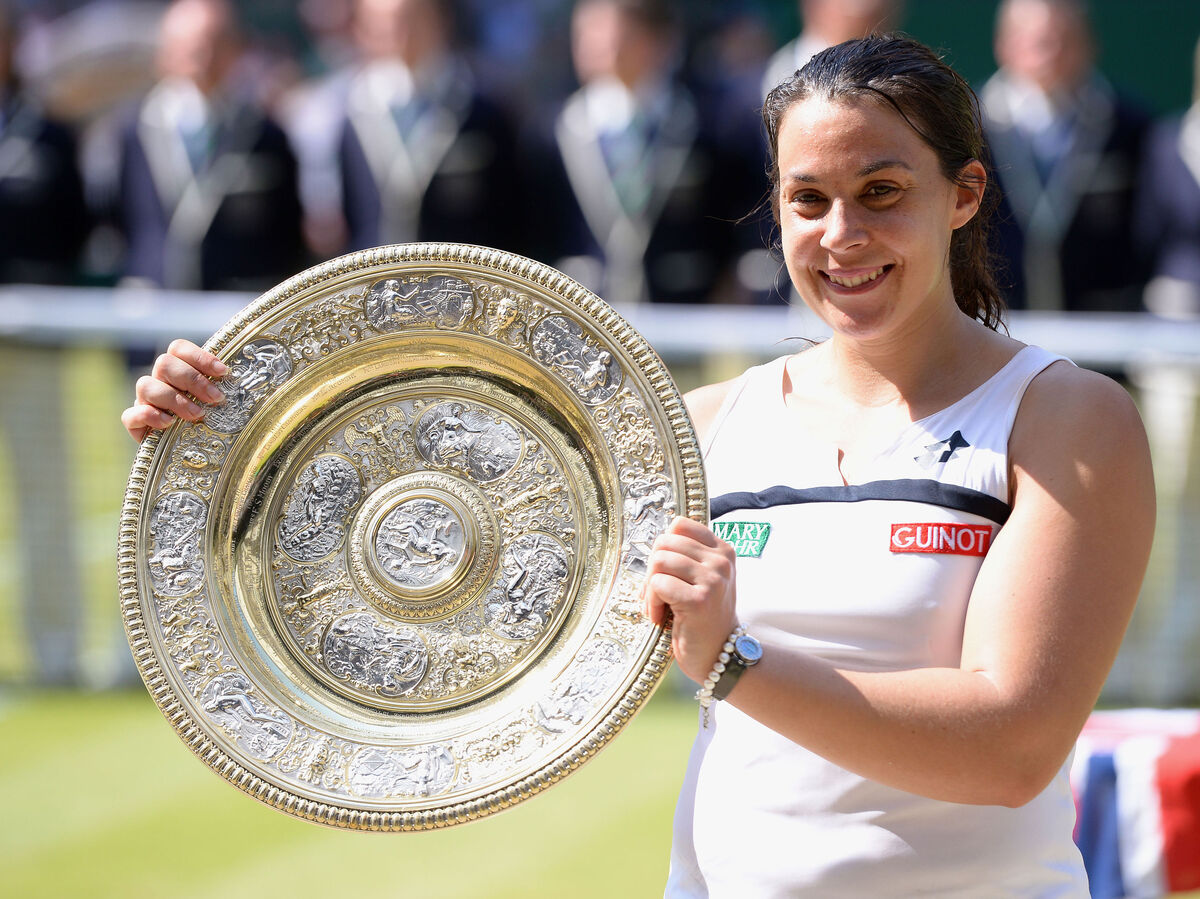 France's Marion Bartoli celebrates her women's singles championship at The All England Lawn Tennis and Croquet Club in Wimbledon.

Sports Illustrated was posting "live analysis" through the match. At the end, it wrote that:

"Looking at the stats, the one number that stands out is this one: Lisicki won just 52 percent of her first serve points. Just an anemic serving performance from Lisicki today, who was clearly overwhelmed by the occasion. That's tough to see, but it's also nice to see experience rewarded. This was Bartoli's time. Lisicki will have many more shots at this title, no doubt about it.

"Bartoli looks absolutely stunned. She really doesn't know what to do. After shaking the umpire's hand she sprints to her box and after a precarious climb, finds her father Walter and gives him a huge."

The men's final is Sunday. As we wrote earlier, Scotland's Andy Murray hopes to be "the first male British player to raise the Wimbledon trophy since Fred Perry ... in 1936." Murray is ranked No. 2 in the world. His opponent, Novak Djokovic of Serbia, is ranked No. 1.