Accessibility links
ElBaradei Appointment As Egypt's Prime Minister Uncertain : The Two-Way After word that the Nobel Peace Prize winner would be appointed, the office of the interim president said Mohamed ElBaradei has not officially been chosen. 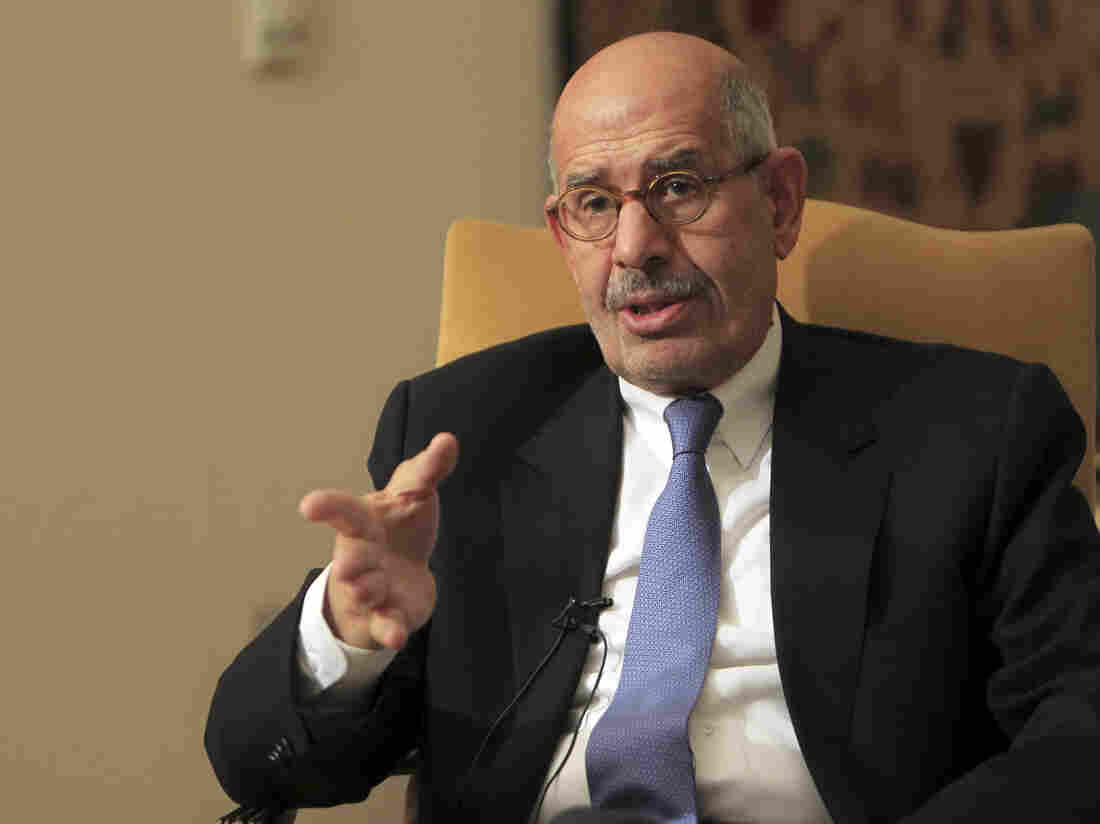 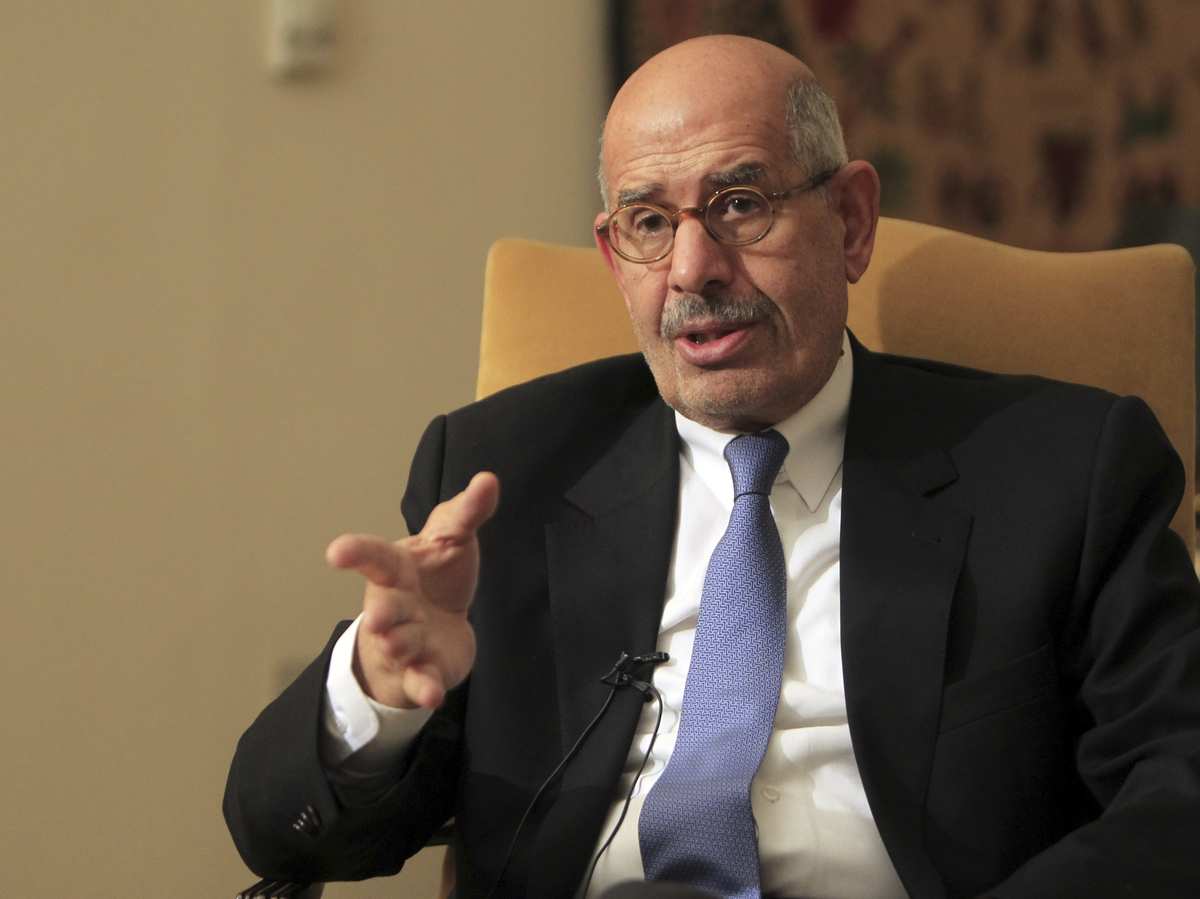 The office of the interim Egyptian president is now backtracking on reports of the appointment of Mohamed ElBaradei as prime minister. NPR's Leila Fadel reports this comes "after the second-largest Islamist party in Egypt [Salfi el-Nour], which has so far been on board with the military coup, reportedly rejected the appointment."

ElBaradei's spokeswoman had told NPR that the former head of the International Atomic Energy Agency and Nobel Peace Prize laureate would be sworn in Saturday afternoon.

The news of ElBaradei's appointment was initially reported by Reuters, Al Jazeera, the BBC and others who cited "presidential" sources. The Associated Press added that it heard the same thing from an "opposition source." Just before 1:30 p.m. ET, ElBaradei's spokesman told NPR that he would be sworn in as prime minister in about 30 minutes.

We'll update as the news comes in. As always, we focus on news organizations with reporters on the ground and statements from officials with direct knowledge of what's happening. If things change, we'll pass that word along.

After Wednesday's ousting of President Mohammed Morsi, the nation's military installed Adly Mansour, chief justice of Egypt's Supreme Constitutional Court, as interim president. He's supposed to serve until elections can be held. Morsi, Egypt's first democratically elected president, was in office just one year. He was removed after massive protests fueled by discontent over Egypt's economic problems and his Muslim Brotherhood Party.

In a profile of ElBaradei, Al Jazeera looks back past his time as head of the IAEA to also note that "as special assistant [in 1978] to the Egyptian foreign minister, ElBaradei served on the negotiating team at the historic Camp David peace talks that led to Egypt's peace treaty and diplomatic relations with Israel.
He began his U.N. career in 1980, and was sent to Iraq in the wake of the 1991 Gulf war to dismantle Saddam's nuclear program."

Here's how the BBC now describes what is happening: