Accessibility links
Quebec Town Still Ablaze After Runaway Train Explosion : The Two-Way The death toll has risen to three after a train carrying crude oil derailed in Quebec on Saturday. The blistering explosion destroyed a town center, and officials say the ongoing fires are keeping rescuers from searching the rest of the train. 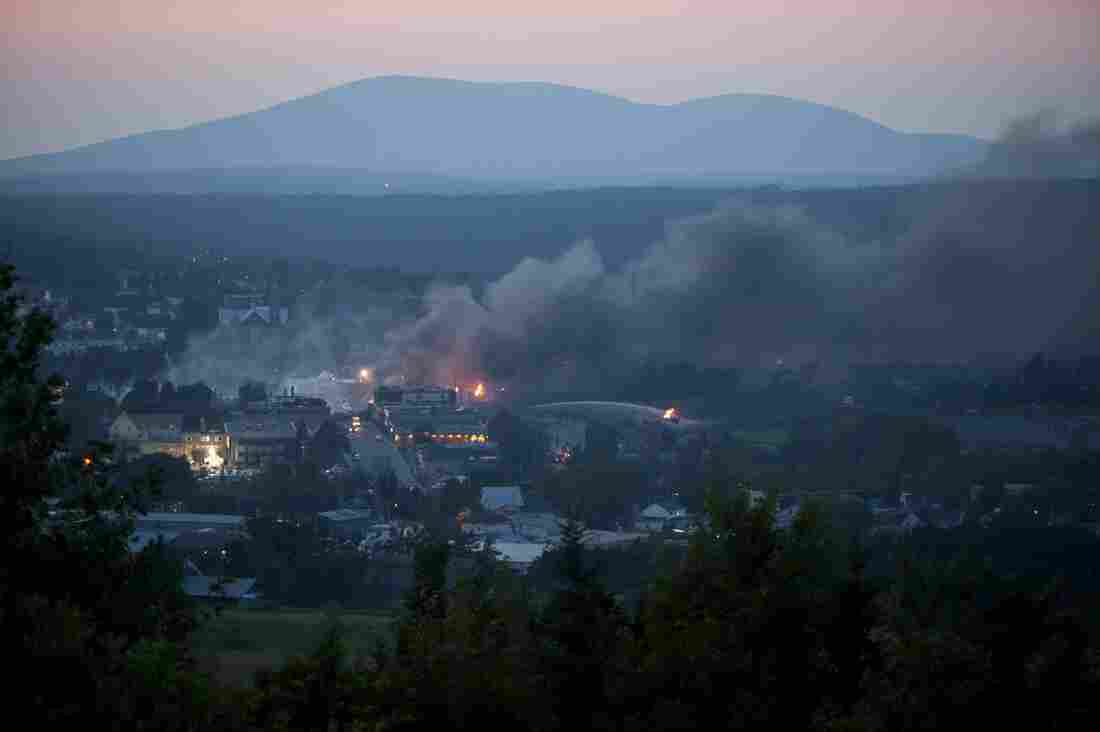 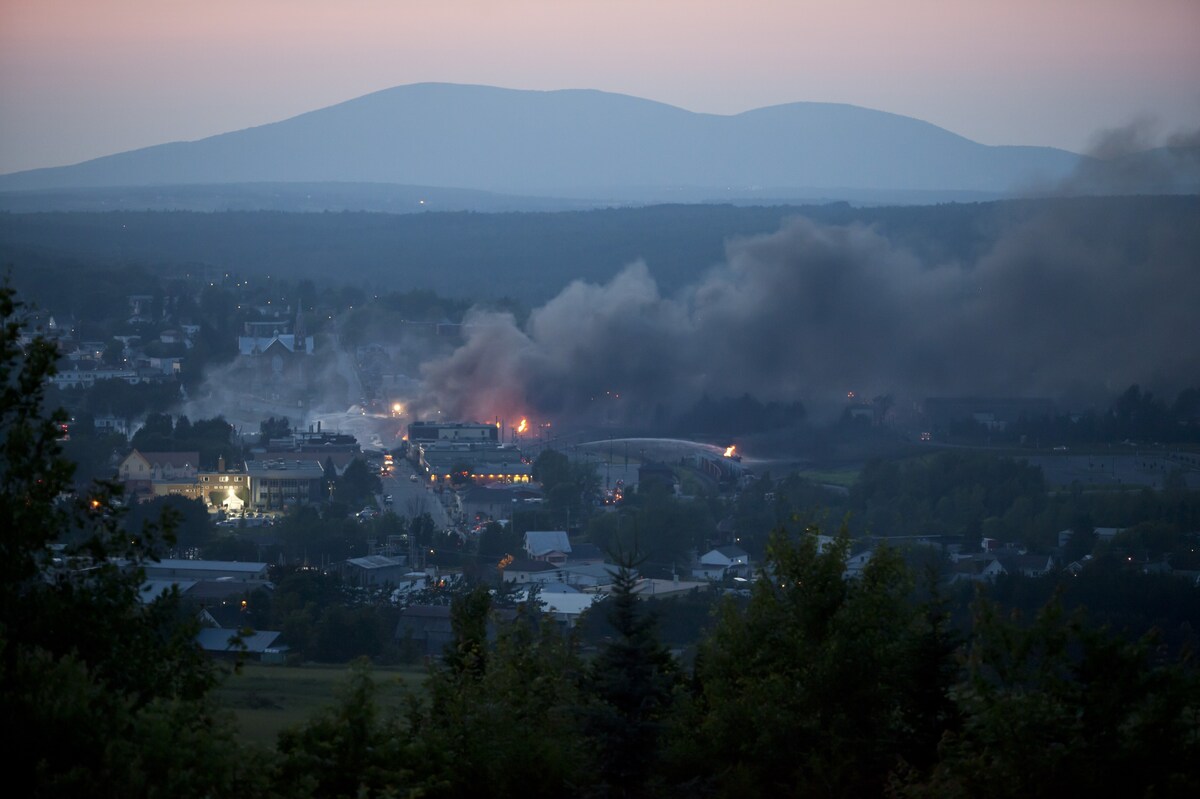 Firefighters douse flames after a freight train loaded with oil derailed in Lac-Megantic in Canada's Quebec province on Saturday.

The death toll is now five after a runaway train carrying crude oil derailed in Quebec early Saturday morning. The blistering explosion destroyed a town center, and officials say the ongoing fires are keeping rescuers from searching the rest of the area.

Police aren't saying how many other people are missing, but warn there may be more deaths to report.

Meanwhile, The Montreal Gazette says 2,000 people have evacuated the picturesque town of Lac-Megantic, about 160 miles east of Montreal and bordering Maine and Vermont. The explosion sent a huge fireball hundreds of feet into the air when the 72-car train plowed into the downtown area.

Four of those cars were carrying 30,000 gallons of crude oil from North Dakota, NPR's Dan Karpenchuk reports, destroying dozens of downtown buildings — in an area that was crowded with party-goers. Reports vary, but the Gazette puts the number of people missing at 40.

"Stunned residents were crying in the streets once the extent of the disaster had sunk in," Karpenchuk says.

Company officials say a broken fuel line caused the fire, the Gazette says, though much about the accident is still unknown, like "what caused the locomotive to move on its own and catch fire."

"Authorities are still investigating what happened to the locomotive between 11:30 p.m. on Friday when the fire department put out a fire on part of the train, and 1:30 a.m. when the train exploded a few kilometres away."