Accessibility links
'Devastated' Quebec Town Waits For Word About Missing : The Two-Way Five people are known to have been killed when tank cars loaded with oil derailed and began exploding on Saturday. But when Monday dawned, another 40 people were still unaccounted for. 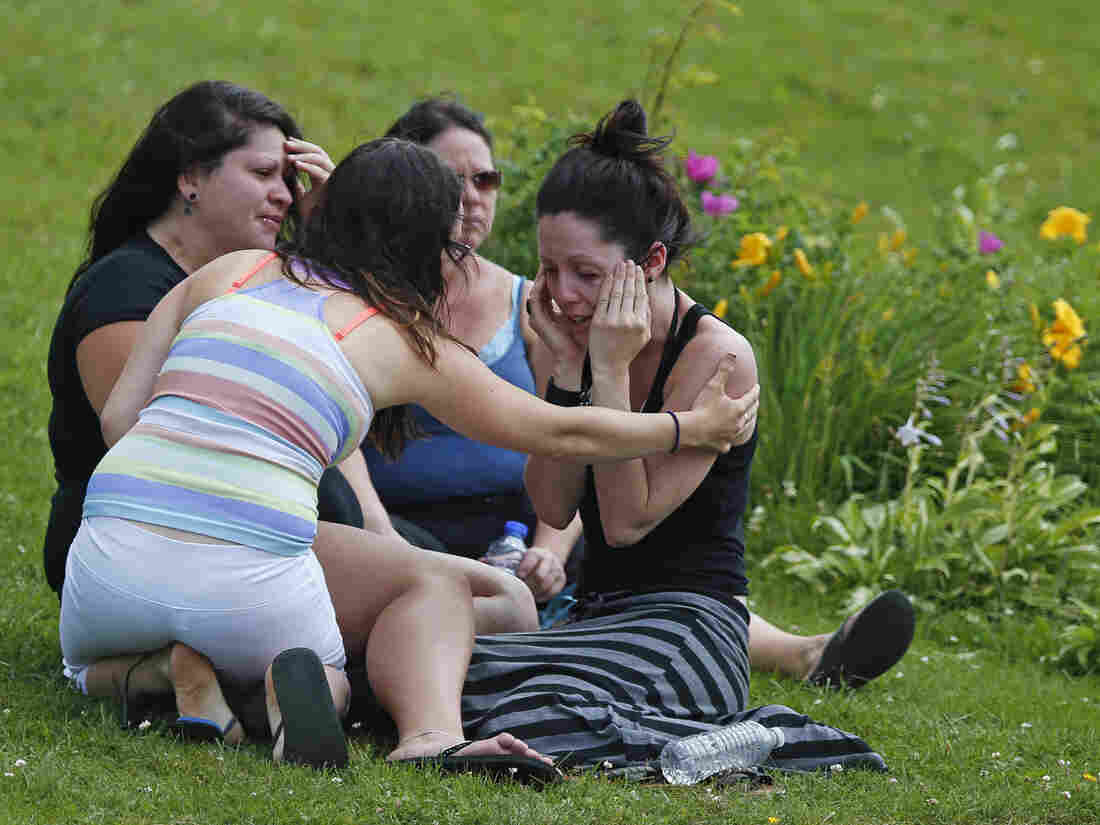 Comforting each other: A group of young women in Lac-Mégantic, Quebec, on Sunday. People there are waiting to hear the fate of 40 people still missing after Saturday's train derailment and the massive explosions that followed. Mathieu Belanger /Reuters /Landov hide caption 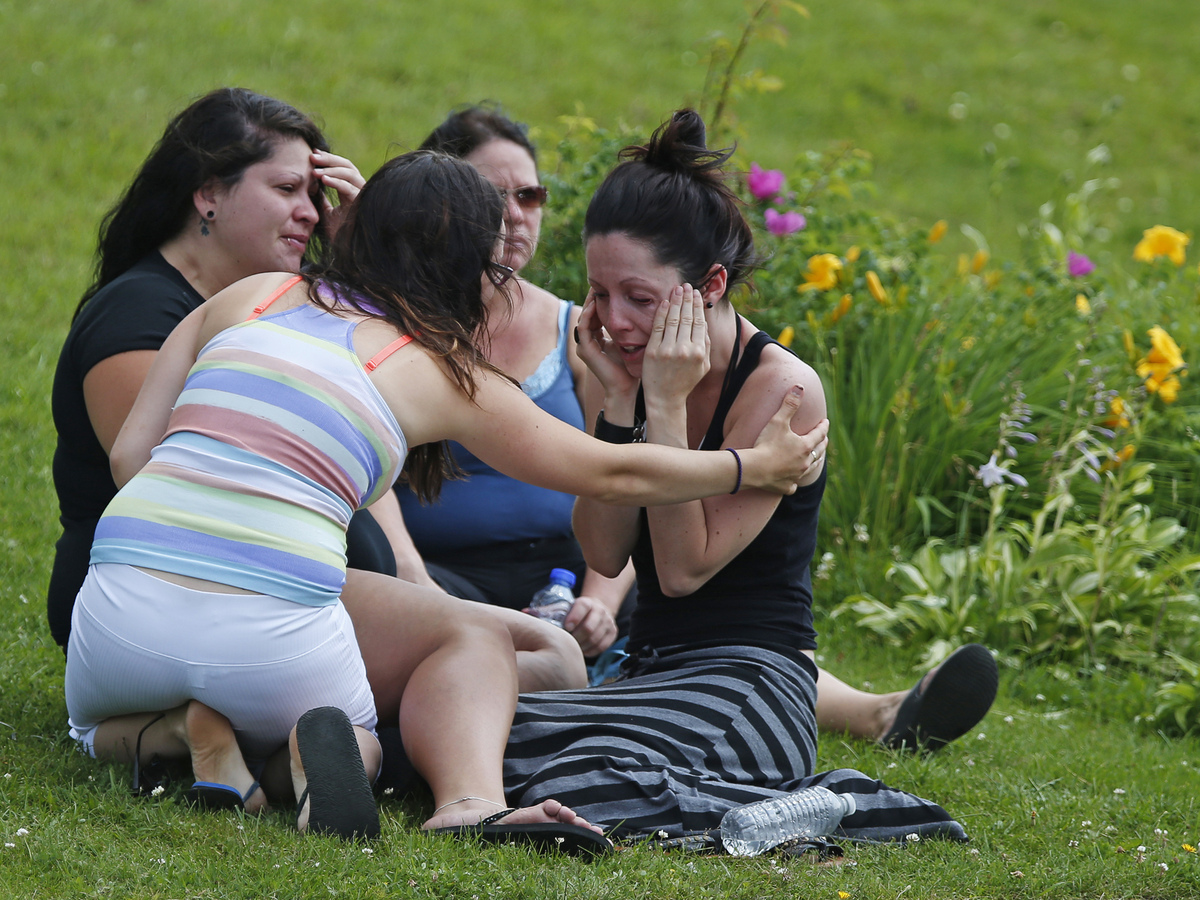 Comforting each other: A group of young women in Lac-Mégantic, Quebec, on Sunday. People there are waiting to hear the fate of 40 people still missing after Saturday's train derailment and the massive explosions that followed.

With 40 people still missing after massive explosions Saturday in the center of their town, the people of Lac-Mégantic, Quebec, begin the week "with fears that the death toll from a weekend rail disaster could surge," CBC News writes.

The people there, the news network adds, are devastated by the accident that left the center of the town looking like a war zone. According to The Montreal Gazette, "the city's downtown core was almost completely destroyed by the blast. It housed a mix of commercial and residential units in historic buildings."

When Monday dawned, it was known that at least five people had been killed when freight tankers loaded with crude oil derailed and exploded in the small town near the Maine border. "The search for victims in the charred debris has been hampered by the fact two of the train's cars continued to burn Sunday morning, creating concerns of other potentially fatal explosions," the CBC says.

It's hoped that some of those now counted as missing were away from their homes when the tanks exploded and haven't yet gotten in contact with relatives or authorities.

As for how more than 70 tank cars detached from a locomotive after they were parked several miles from Lac-Mégantic — and then rolled into the town on their own — the investigation continues. There's word of a fire aboard the locomotive before the tank cars separated and began rolling. The Gazette writes in an editorial that:

"Early reports that the conductor had left the freight train parked unattended — with brakes supposed locked in place — in the nearby town of Nantes, with another conductor expected to take over several hours later, are troubling. Preferable would be more simultaneous transfer of responsibility. As it turns out, five minutes after the conductor left, a fire broke out in one of the locomotives. But while firefighters in Nantes put out the flames and reports last night suggested someone representing the company arrived to inspect the train and found no damage, it still remains to be seen whether proper regulatory procedures were followed — and if they were, whether the inspection failed to detect brake damage possibly caused by the fire."