Accessibility links
VIDEO: Rare Clip Shows Roosevelt's Use Of Wheelchair : The Two-Way The press and the president's aides kept the public from seeing that he often used a wheelchair to move around. Cameras were blocked. But an Indiana college professor came across 8 seconds worth of film that documents FDR's use of a wheelchair.

The press and the president's aides kept Franklin D. Roosevelt's use of a wheelchair hidden from most of the public during his more than 12 years as the nation's leader.

So hidden, in fact, that an Indiana college professor's discovery of just 8 seconds of film that shows Roosevelt gliding down a ramp aboard the U.S.S. Baltimore in July 1944 is making news this week. 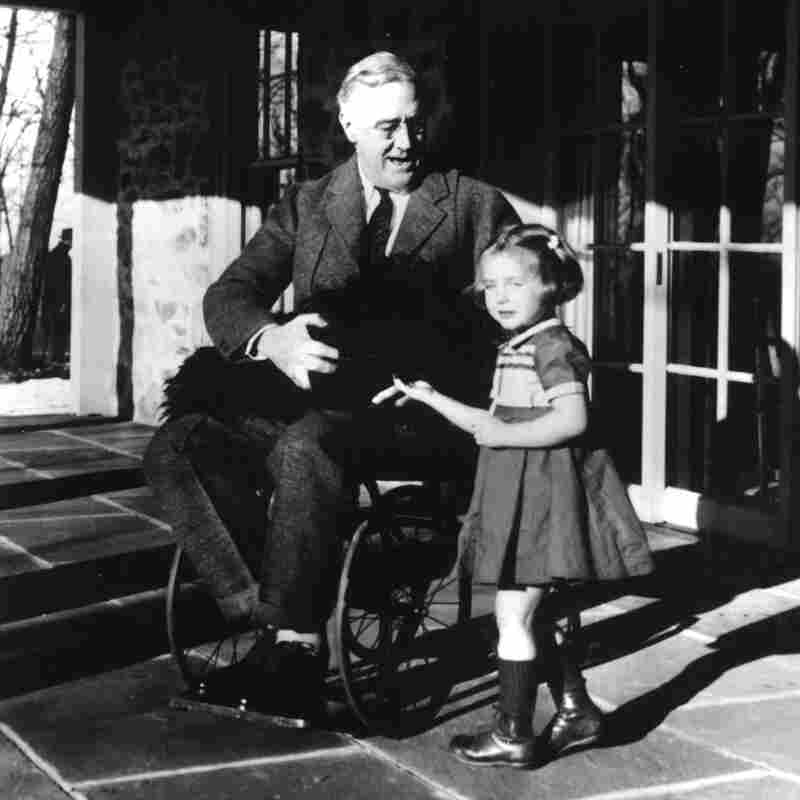 Photos of President Franklin D. Roosevelt sitting in a wheelchair are also rare and weren't shown to the public while he was in office. In this image from 1941 he's with his dog Fala and Ruthie Bie, the granddaughter of a gardener who worked for the Roosevelt family. Landov hide caption 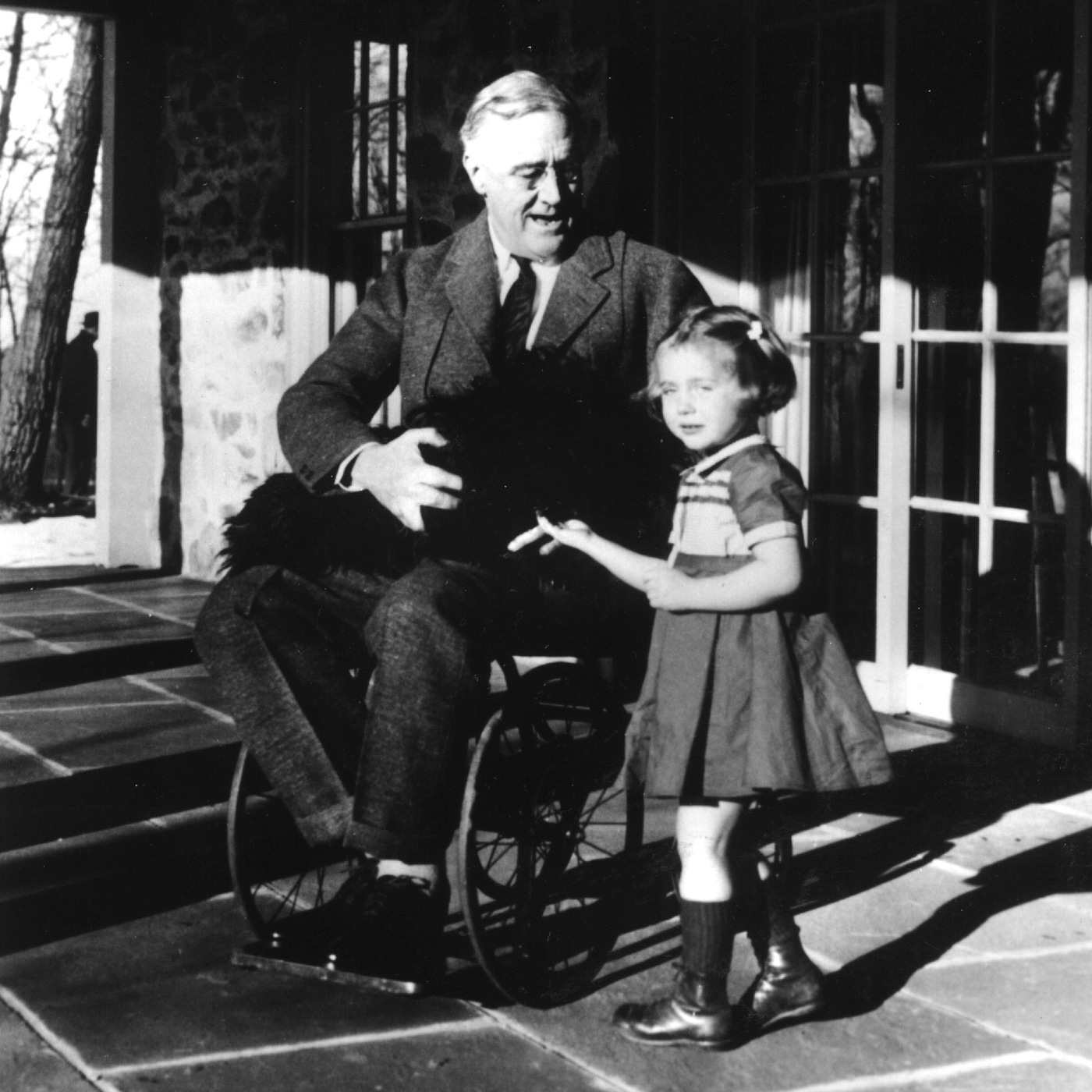 Photos of President Franklin D. Roosevelt sitting in a wheelchair are also rare and weren't shown to the public while he was in office. In this image from 1941 he's with his dog Fala and Ruthie Bie, the granddaughter of a gardener who worked for the Roosevelt family.

"Bob Clark, supervisory archivist at the Roosevelt library in New York, said he wasn't aware of any other similar film. A spokeswoman for the National Archives concurred.

" 'With respect to whether or not this is the earliest or only existing footage of FDR in a wheelchair, we cannot state that this is definitively the case, although such footage is certainly rare,' Laura Diachenko said in an email."

The Indianapolis Star writes that "Franklin College Professor Ray Begovich actually was most interested in finding photos of alumni Elmer Davis, a Hoosier journalist who became a war information specialist for President Franklin Delano Roosevelt." It was by accident, the Star says, that Begovich came across the film clip while he was researching at the National Archives in 2009 or 2010.

As you can see in the clip, Roosevelt's wheelchair is blocked from the camera's view by sailors lining the ramp. But the motion clearly shows the white-hatted president gliding past them.

Begovich told the FDR Presidential Museum and Library about the clip in 2010. The Star says he "hopes that its wider release now will spur other researchers to comb through old files that might contain other images of FDR in his wheelchair."

The AP reminds readers that:

"Roosevelt contracted polio in 1921 at age 39 and was unable to walk without leg braces or assistance. During his four terms as president, Roosevelt often used a wheelchair in private, but not for public appearances. News photographers cooperated in concealing Roosevelt's disability, and those who did not found their camera views blocked by Secret Service agents, according to the FDR Presidential Museum and Library's website."

Roosevelt's biography on the White House's website says that:

"In the summer of 1921, when he was 39, disaster hit — he was stricken with poliomyelitis. Demonstrating indomitable courage, he fought to regain the use of his legs, particularly through swimming. At the 1924 Democratic Convention he dramatically appeared on crutches to nominate Alfred E. Smith as 'the Happy Warrior.' In 1928 Roosevelt became Governor of New York."