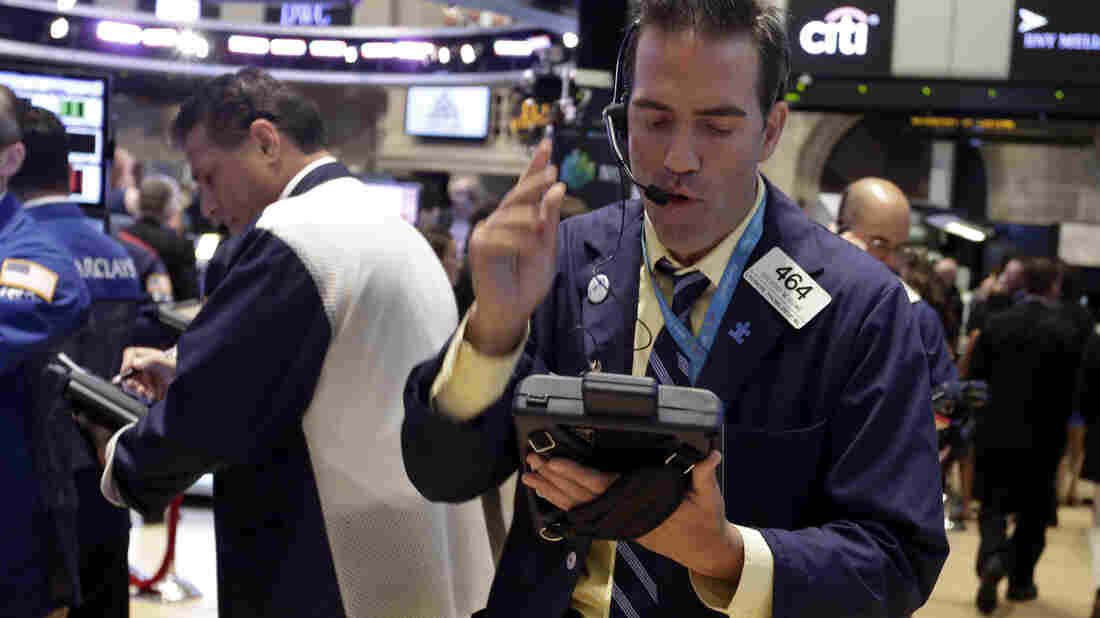 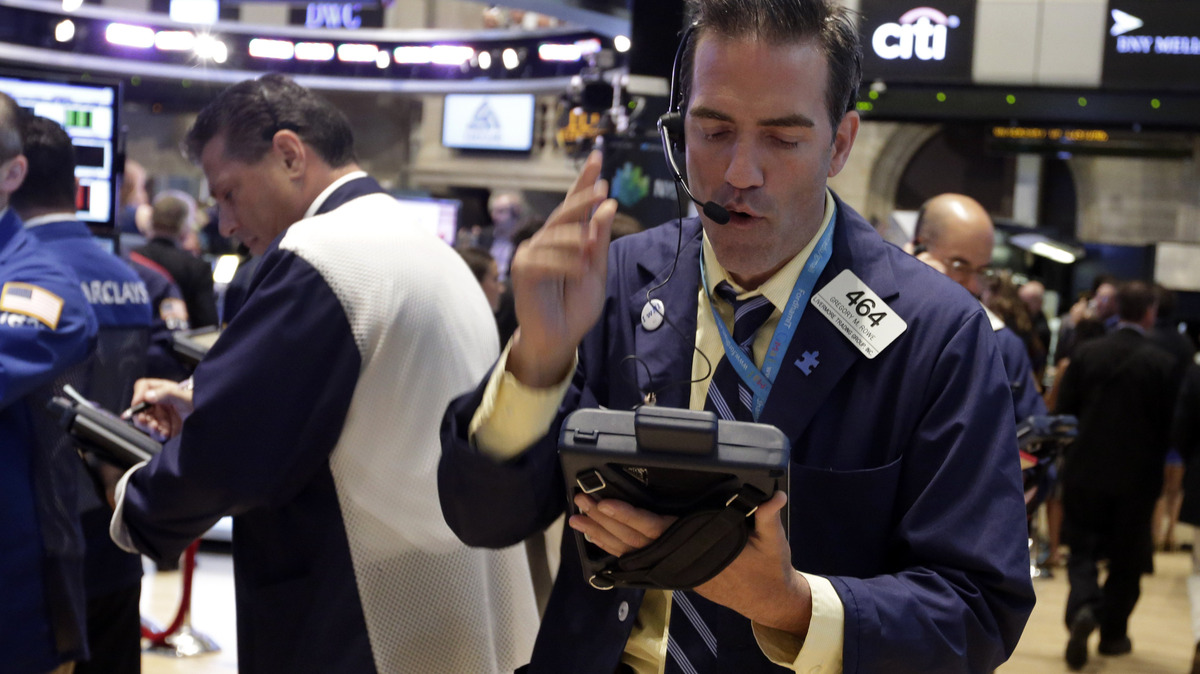 Traders work at the New York Stock Exchange Wednesday. Stocks rose in the moments after details of the Federal Reserve's latest policy meeting were released today.

The Federal Reserve must ensure the U.S. job market is in full health before it begins to ease its aggressive bond-purchasing program, its top officials said at the Fed's latest policy meeting. This afternoon, the central bank released the minutes of the Federal Open Market Committee meeting of June 18 and 19.

In that session, the officials cited a moderate pace of economic expansion, but said it was coupled with an unemployment rate that remains high.

The Fed officials confirmed earlier descriptions on what conditions would have to exist before they consider removing the supports that were put in place to foster America's economic recovery from recession, often known as quantitative easing. Those supports include two large monthly purchases: $45 billion in longer-term Treasury securities, and $40 billion in mortgage-backed securities.

"Most participants expected inflation to begin to move up over the coming year as economic activity strengthened," according to the minutes, "but many anticipated that it would remain below the Committee's 2 percent objective for some time."

The committee's members also said they would eventually seek to cushion the blow that the policy's end might inflict on the markets, saying in a joint statement that "a highly accommodative stance of monetary policy will remain appropriate for a considerable time after the asset purchase program ends and the economic recovery strengthens."

The committee said it will keep "the target range for the federal funds rate at 0 to 1/4 percent and currently anticipates that this exceptionally low range for the federal funds rate will be appropriate at least as long as the unemployment rate remains above 6-1/2 percent, inflation between one and two years ahead is projected to be no more than a half percentage point above the Committee's 2 percent longer-run goal, and longer-term inflation expectations continue to be well anchored."

The minutes of the meeting, which flesh out the bank's decision last month to leave its stimulus plan intact, have been eagerly awaited by investors. Stocks rose in the minutes after the details were released at 2 p.m. ET, Reuters says.

Bullard dissented, the Fed says, because he believes that "in light of recent low readings on inflation, the Committee should signal more strongly its willingness to defend its goal of 2 percent inflation. He pointed out that inflation had trended down since the beginning of 2012 and was now well below target."

George's dissent was based on "the ongoing improvement in labor market conditions and in the outlook," saying that the situation requires "a deliberate statement from the Committee at this meeting that the pace of its asset purchases would be reduced in the very near future."

George added that she is concerned about creating imbalance in the financial system in the future, if the aggressive monetary stimulus continues.

In looking at the broader economic outlook, "Most participants anticipated that growth of real GDP would pick up somewhat in the second half of 2013," according to the minutes, with economic growth expected to strengthen further in the next two years.