Accessibility links
Jury Begins Deliberation On Verdict In George Zimmerman Trial : The Two-Way In closing, lawyers for the self-styled neighborhood watch volunteer accused in the fatal shooting of 17-year-old Trayvon Martin say it's clear their client acted in self-defense during the 2012 confrontation. 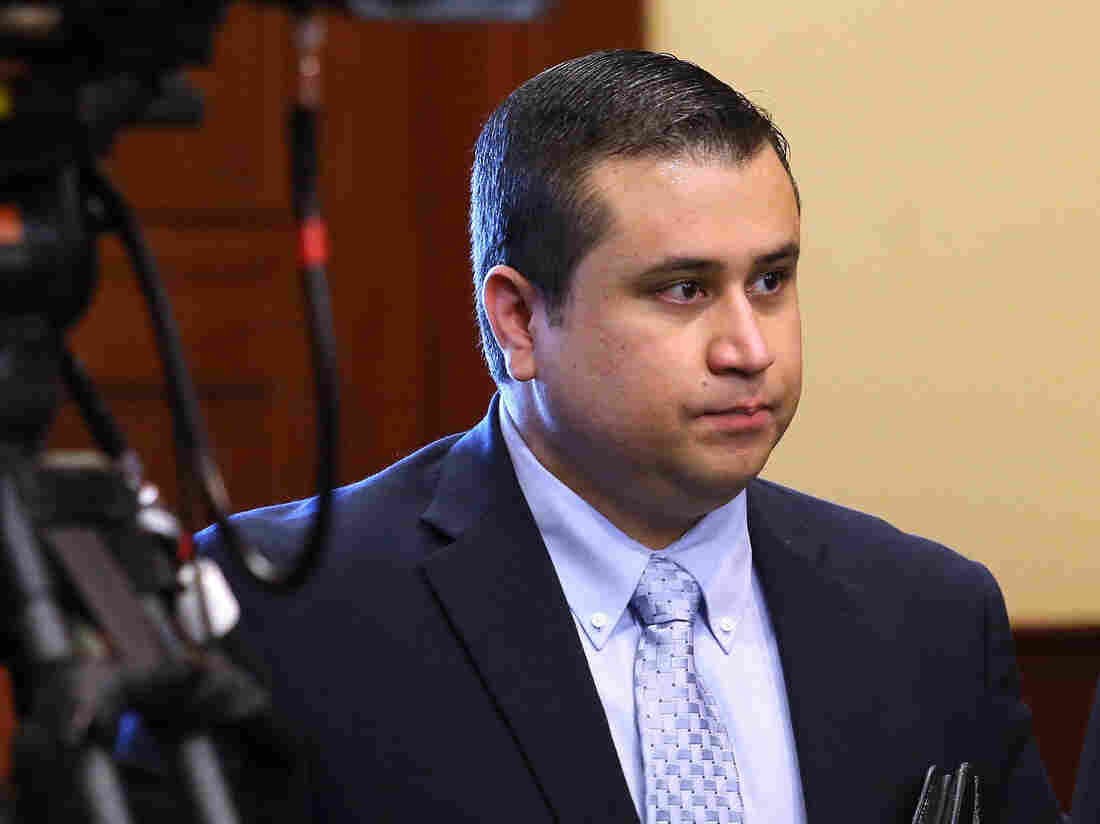 George Zimmerman arrives in the courtroom for closing arguments in his murder trial on Friday in Sanford, Fla. Getty Images hide caption 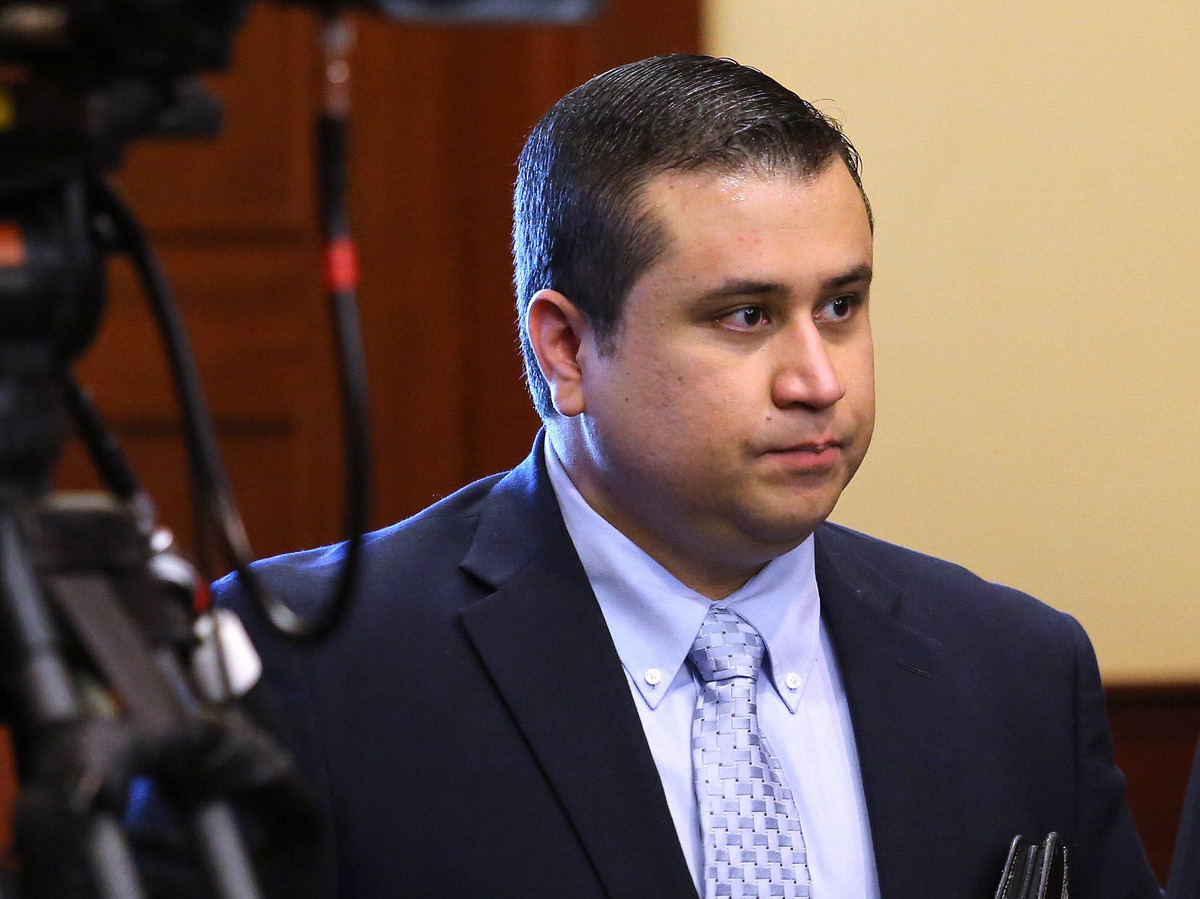 George Zimmerman arrives in the courtroom for closing arguments in his murder trial on Friday in Sanford, Fla.

Six jurors left a Sanford, Fla., courtroom on Friday to begin deliberating the fate of George Zimmerman, who stands accused of murder in the fatal shooting of 17-year-old Trayvon Martin.

After several hours of deliberations and a request for an inventory of evidence on Friday, the jury, all women, adjourned for the evening. It was scheduled to resume at 9 a.m. Saturday.

In closing arguments Friday, Zimmerman's defense sought to hammer home its contention that the self-styled neighborhood watch volunteer was defending himself when he fatally shot the unarmed Martin during a scuffle in February 2012 in a gated community.

Attorney Mark O'Mara told jurors that the prosecution's case was built on hypothetical "could've beens" and "maybes" that simply did not surmount a test of reasonable doubt about Zimmerman's actions.

He emphasized to the jury that "reasonable doubt" is enough to acquit Zimmerman, 29, and that even if they thought it "highly unlikely that it's self-defense," it still wasn't enough for a conviction.

As we reported earlier, the jury has the option of finding Zimmerman not guilty or of convicting him of either second-degree murder or manslaughter.

"You can't fill in the gaps. You can't connect the dots. You're not allowed to," O'Mara told the six-person jury.

Jurors also viewed a blow-by-blow computer animation that defense attorneys say accurately represents the confrontation that led to Martin's death. Earlier, presiding Judge Debra Nelson had ruled the animation inadmissible as evidence, but she allowed it as part of the defense's closing arguments.

O'Mara played the animation in conjunction with 911 calls re-enacting a version of events that had Zimmerman lying on his back as Martin straddled him, smashing his head on the pavement.

The presentation followed Thursday's summation by the prosecution. The jury is expected to begin deliberations in the case later Friday.

Referring to a 911 call where someone is heard screaming in the background but it's unclear whether it's Zimmerman or Martin, O'Mara told the jurors: "if you can't decide" who it is, Zimmerman gets the benefit of the doubt.

On Thursday, prosecutor Bernie de la Rionda told the jury that Trayvon had been killed "through no fault of his own."

De la Rionda portrayed Zimmerman as a "wannabe cop" who "profiled" Martin and "automatically assumed that Trayvon Martin was a criminal" even though the youth was not trespassing in the gated community where the deadly confrontation took place.

"He's got a gun; he's got the equalizer," de la Rionda said of Zimmerman.

In a rebuttal to O'Mara's closing arguments Friday, John Guy told jurors that the case was "about right and wrong. It's that simple."

Guy, referring to a Florida law that doesn't require a person to retreat from an armed confrontation to claim self defense, told the jury: "This case is not about 'Stand Your Ground', it's about staying in your car — like he [Zimmerman] was supposed to do."