Accessibility links
Report: Beijing, Shanghai Among Worst Airports For Delays : The Two-Way Eight of the world's 10 worst airports were in China, according to a new report by FlightStats. 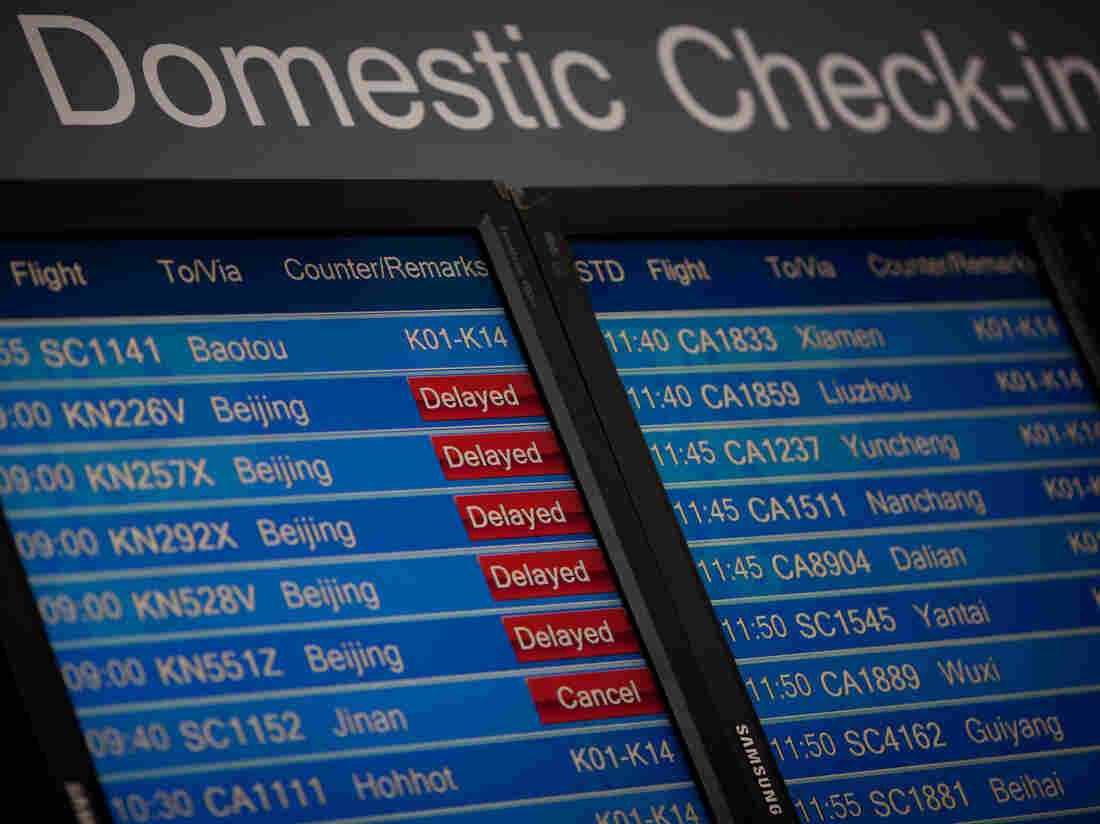 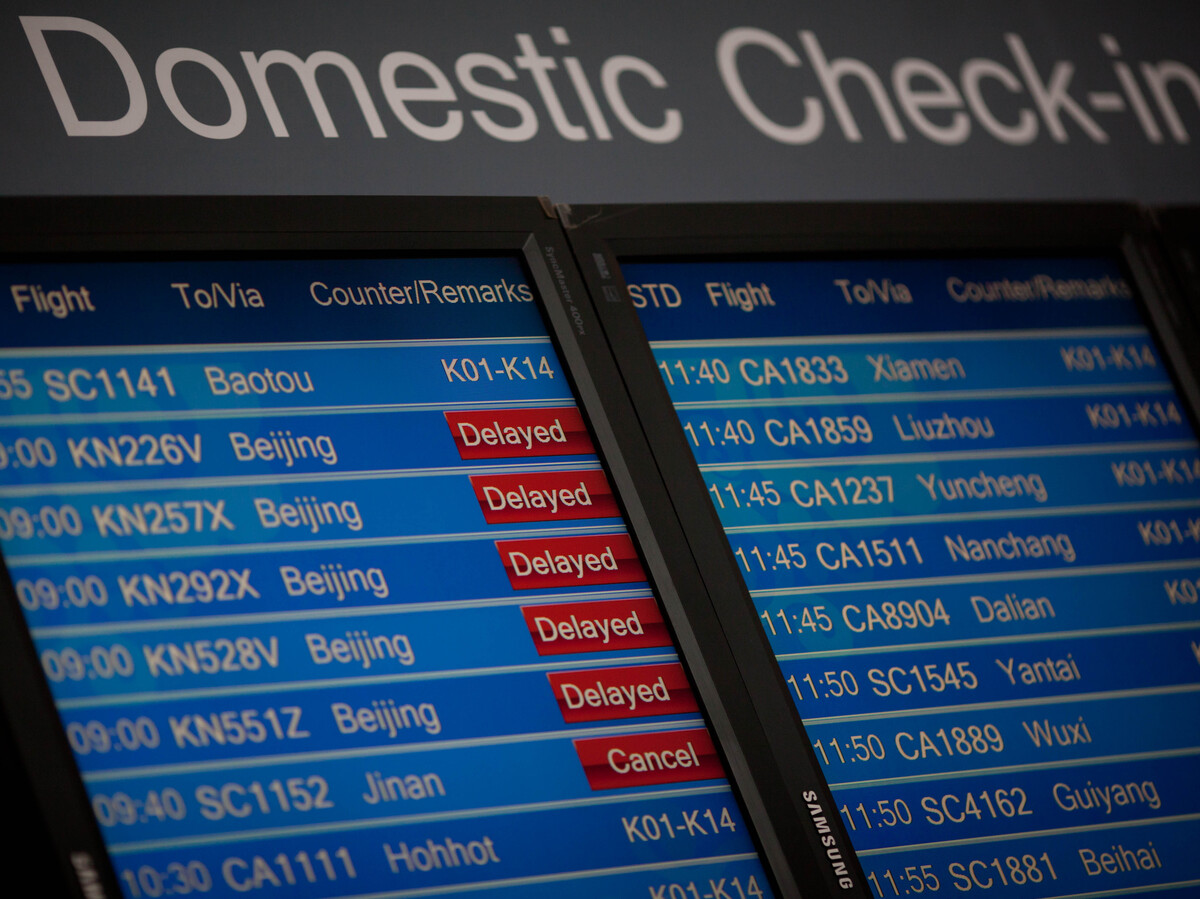 A domestic departures board shows flight delays at Beijing's international airport in January.

If you think flight delays in the U.S. are bad, try China.

A new report from travel industry monitor FlightStats says China is the world's worst when it comes to delays at major airports.

FlightStats compiled statistics from June for the report, determining that eight of the world's worst airports for flight delays were in China. Beijing and Shanghai topped the list, although New York's LaGuardia had the highest number of flight cancellations.

The BBC quotes China Daily as saying some industry experts blame China's high volume of air traffic as the cause of the high number of delays.

The report looked at "on-time performance of scheduled passenger flights" as well as "top performing airports based on their reported departure performance." FlightStats said a flight arriving or departing within 15 minutes of its scheduled time was considered "on time."

In North America, Honolulu ranked No. 1 for on-time departures, with 86 percent of its flights taking off as scheduled, while Vancouver's airport ranked a close second.