Accessibility links
Pakistani Schoolgirl Wounded In Taliban Attack Addresses U.N. : The Two-Way Malala Yousafzai, who was shot in the head by militants in October for promoting girls' education, said bullets would not silence her. 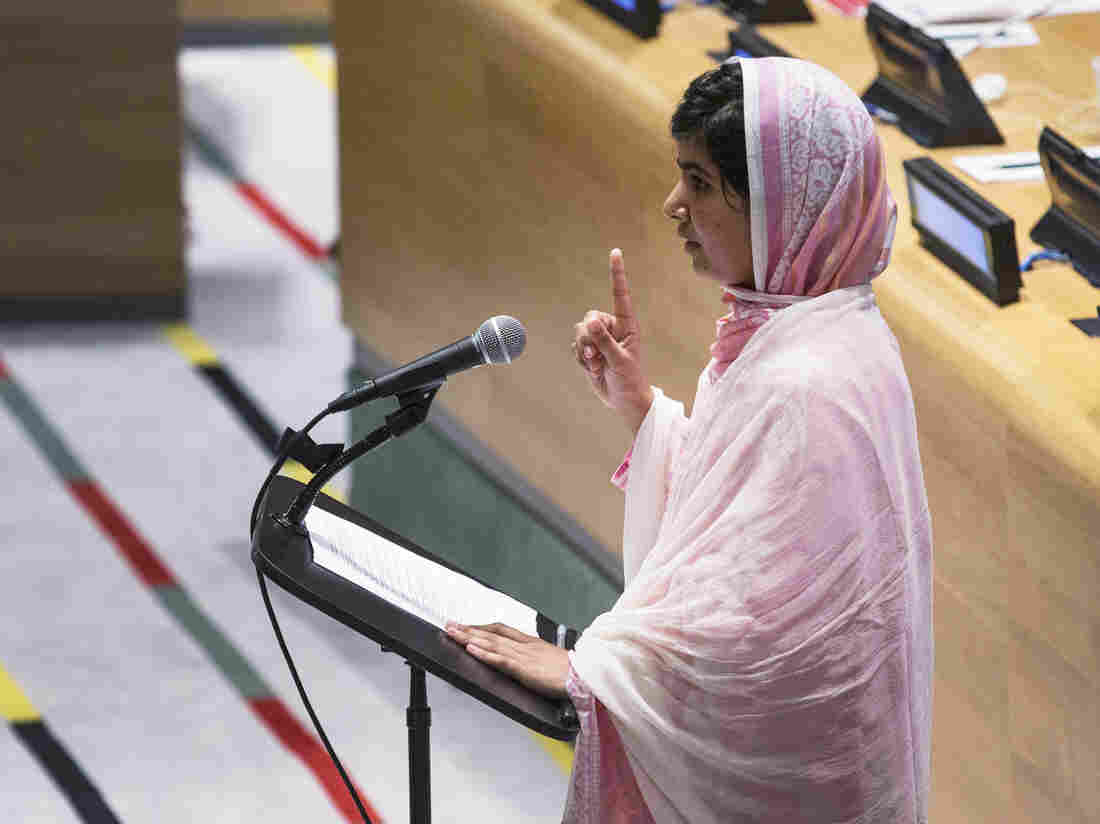 Malala Yousafzai, the 16-year-old Pakistani advocate for girls' education who was shot in the head by the Taliban, speaks at the United Nations Youth Assembly on Friday. Andrew Burton/Getty Images hide caption 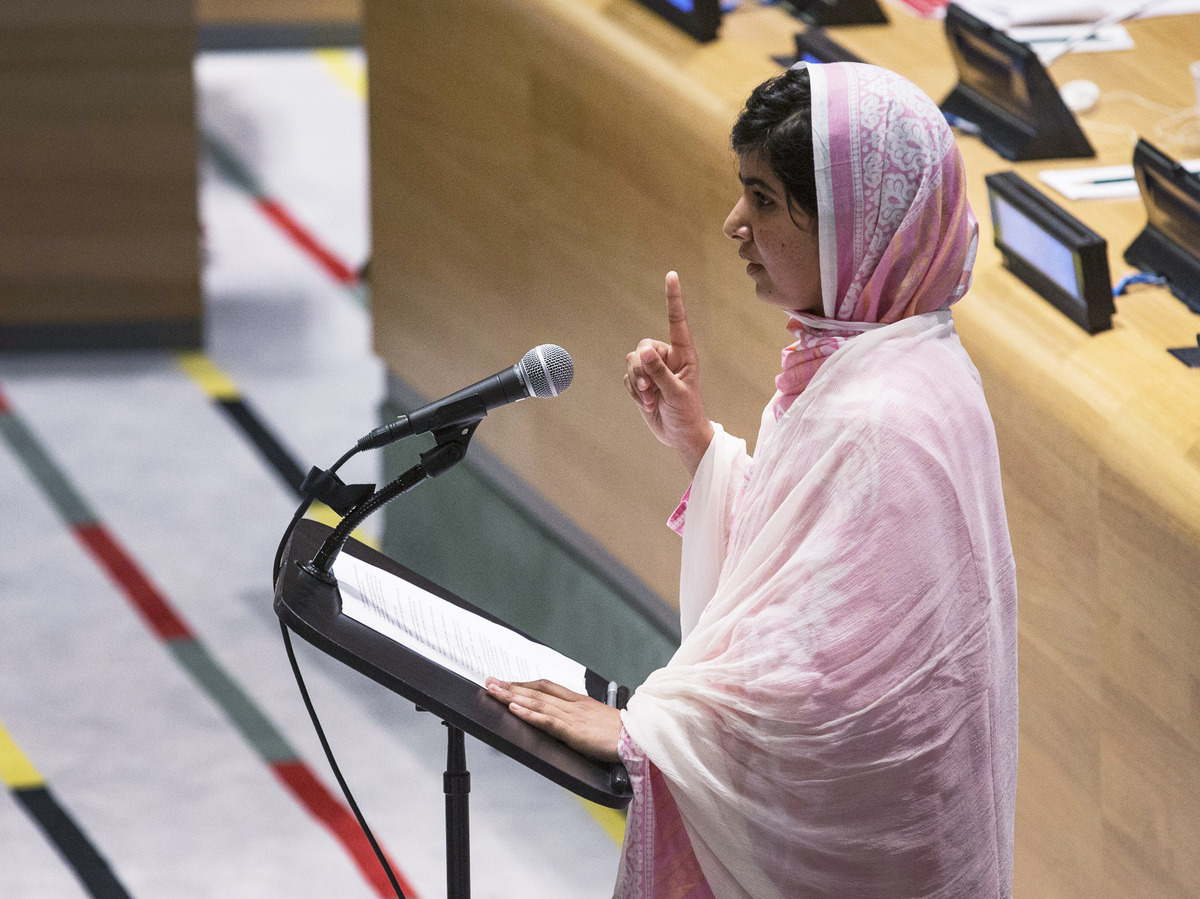 Malala Yousafzai, the 16-year-old Pakistani advocate for girls' education who was shot in the head by the Taliban, speaks at the United Nations Youth Assembly on Friday.

Malala Yousafzai, the Pakistani teen who was attacked by Taliban militants for promoting education for girls, received several standing ovations as she addressed the United Nations on Friday, calling on world leaders to provide free compulsory schooling to every child.

In October, Malala was shot in the head by Taliban militants who attacked a schoolbus she was on. She was targeted for her campaign promoting girls' rights.

"They thought that the bullets would silence us, but they failed," she said.

"The terrorists thought that they would change my aims and stop my ambitions," she said, "but nothing changed in my life, except this: weakness, fear and hopelessness died. Strength, power and courage was born."

It was Malala's 16th birthday and her first public speech since the attack that left her in critical condition. After the shooting, she was flown to England for treatment; she now lives in Birmingham.

In the speech to some 1,000 youth leaders from more than 100 countries, Malala said she didn't want "personal revenge against the Taliban" but instead wanted to speak for "the right of education for every child.

"I want education for the sons and daughters of the Taliban and all the terrorists and extremists," she said.

She called for "a global struggle against illiteracy, poverty and terrorism."

"One child, one teacher, one book and one pen can change the world," she said.

Malala's campaign and the subsequent attack have attracted worldwide attention to her cause, and she is considered a contender for the Nobel Peace Prize.

The United Nations designated Friday "Malala Day," but the teen said it was a day for "every woman, every boy and every girl who have raised their voice for their rights."