Accessibility links
British Investigators Probe 787 Fire At Heathrow : The Two-Way Officials of the Air Accidents Investigation Branch will look into why the Ethiopian Airlines plane caught fire as it sat empty at the gate. Investigators say it does not appear to be related to the battery, which had caused fires on other 787s. 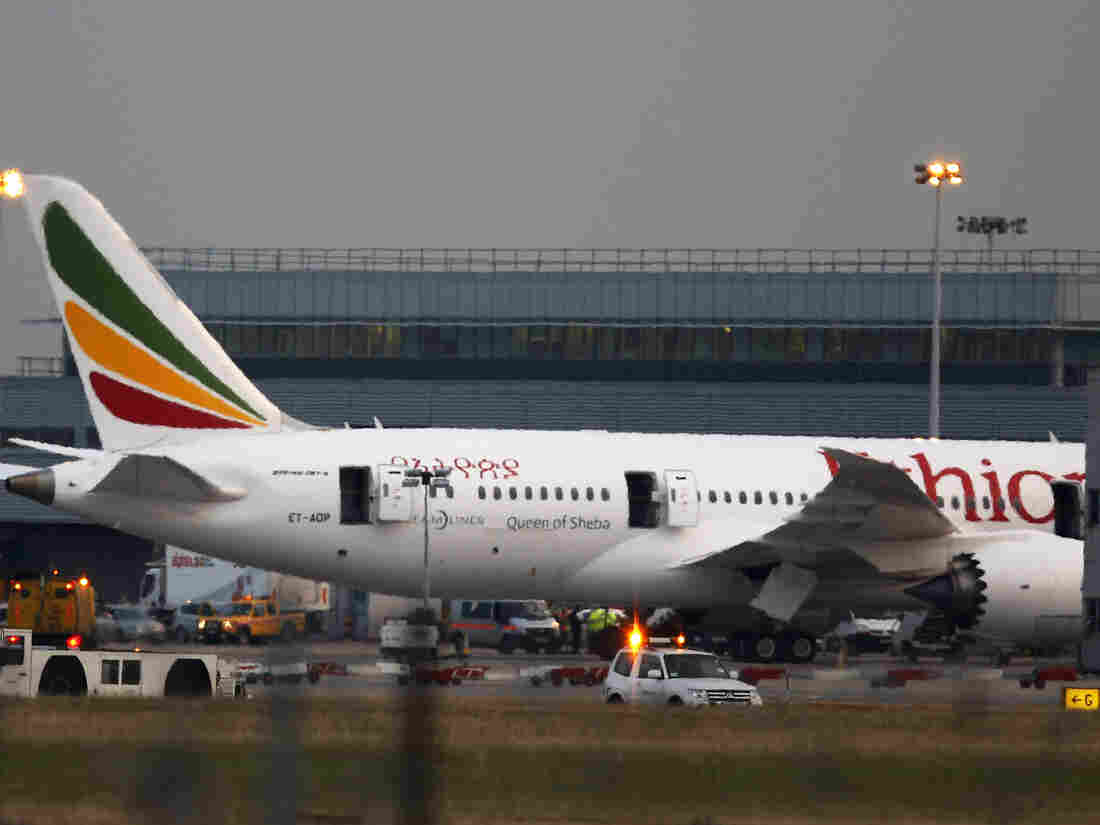 View of the Ethiopian Airlines Boeing 787 Dreamliner that caught fire on the runway near Terminal 3 at Heathrow Airport, London on Friday. Sang Tan/Associated Press hide caption 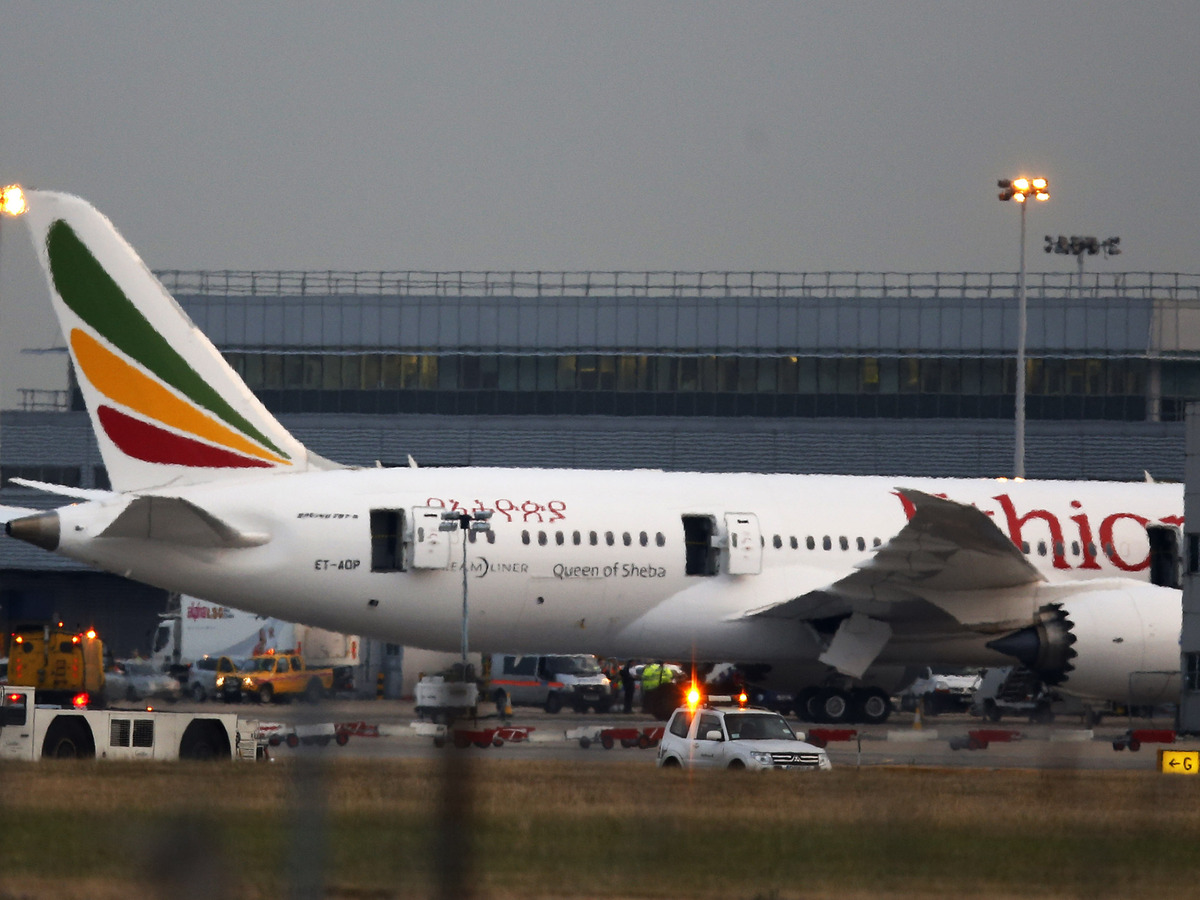 View of the Ethiopian Airlines Boeing 787 Dreamliner that caught fire on the runway near Terminal 3 at Heathrow Airport, London on Friday.

British investigators say they will lead a probe into a fire aboard a 787 Dreamliner as it sat empty on the tarmac at London-Heathrow Airport.

The fire broke out Friday aboard an Ethiopian Airlines plane about eight hours after it had taxied to the gate.

As we reported earlier, the jet suffered what a Heathrow spokesman described as an "onboard internal fire". Photographs appeared to show fire damage just forward of the tail section.

"The Air Accidents Investigation Branch, part of the Department of Transport, said the Ethiopian Airlines 787 plane was moved to a secure hangar at Heathrow early Saturday so that an investigative team can try to find out what caused Friday's fire."

The 787, Boeing's newest model jetliner, was plagued by electrical problems during development and was taken out of service from January until May of this year after a fire aboard a Japan Airlines 787 in Boston that was later attributed to a faulty lithium-ion battery.

Investigators say "there is no evidence of a direct causal relationship" between the plane's fire and its battery, according to the BBC. The heat damage was found in a separate part of the aircraft.