Accessibility links
Zimmerman's Brother: Race 'Wasn't An Element In This Case' : The Two-Way Robert Zimmerman, Jr., tells NPR's Weekend Edition Sunday that it will be a "long time" before his brother is able to return to a normal life. 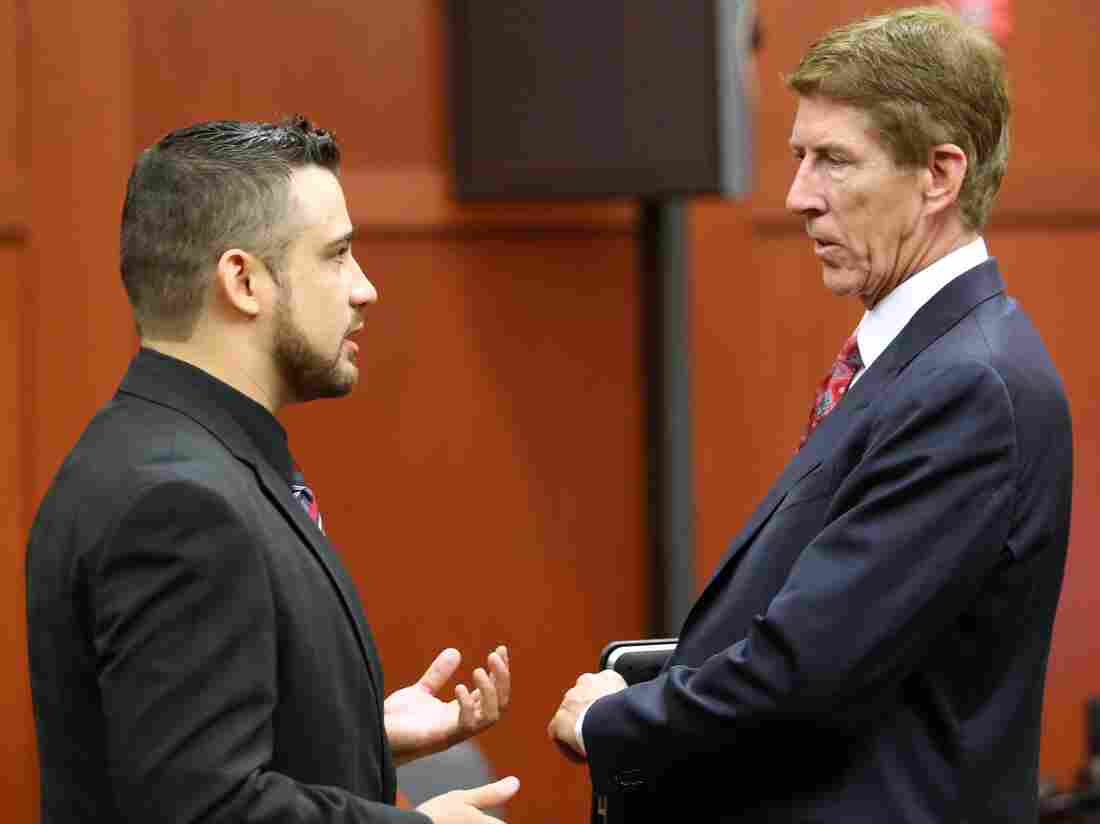 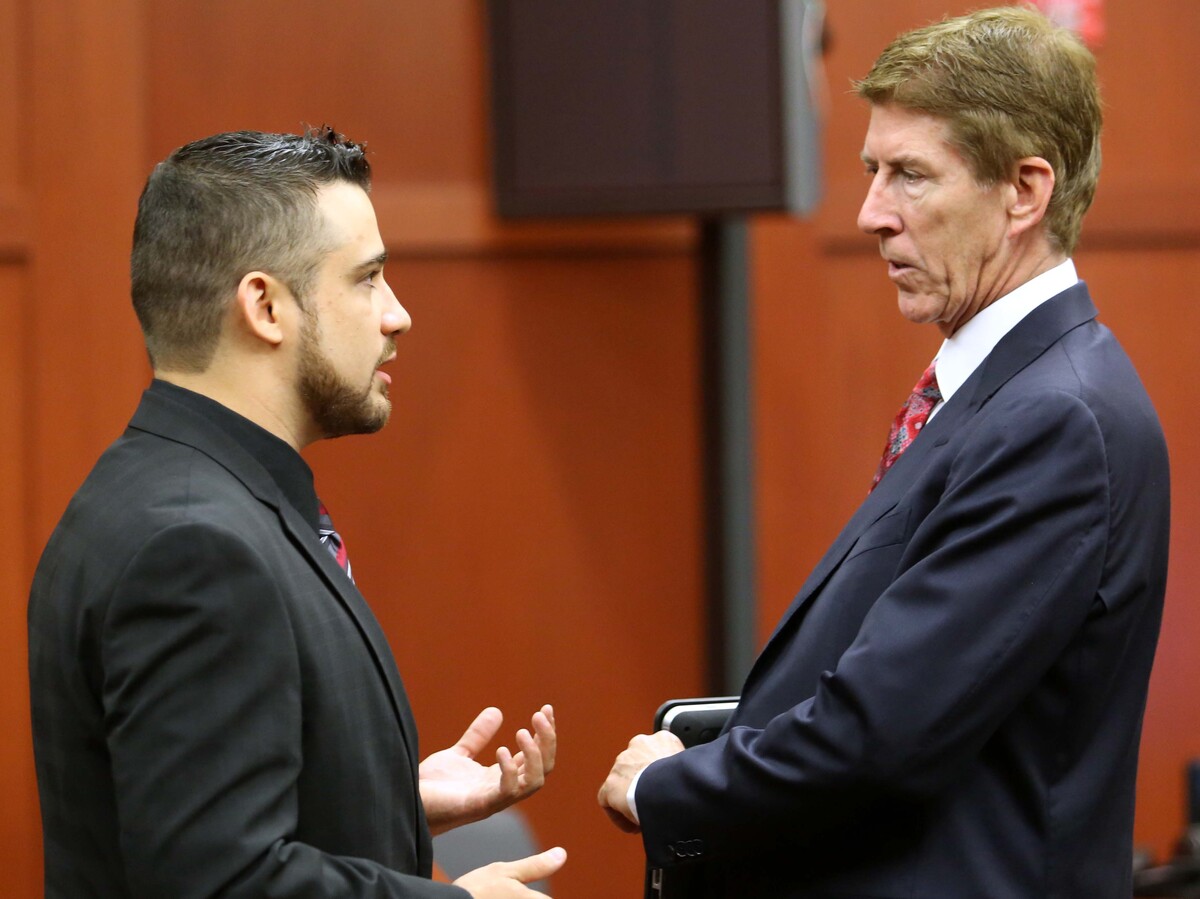 Robert Zimmerman Jr. (left) speaking with defense attorney Mark O'Mara during a pre-trial hearing in May.

George Zimmerman's brother, Robert Zimmerman, Jr., tells NPR's Weekend Edition Sunday that despite the acquittal in the shooting death of Trayvon Martin, it will be a "long time" before his brother's life returns to normal.

"Believe me, he is overwhelmed," the elder brother said in an interview with host Rachel Martin. "And now it is time for him to readjust to that concept of being a free man, in every sense of the word."

George, he said, is "free in the sense of criminal liability. He's a free man, but he's not free in the sense where he's going to have the opportunity to re-engage society in any meaningful way for a long time," he said.

Robert Zimmerman, who has acted as the family spokesman throughout the media flurry surrounding the incident and the trial, said he's received numerous threats via social media. "They're on my Twitter feed," he said.

"I get hate emails saying 'I wish someone would blow up your family with grenades' [and] 'I will find you on the streets and kill you' — that's just some of the threats constantly directed at me," he said. "There's no way, really, to direct those threats at George, I guess because George doesn't have right now a social media presence."

He added: "It's a reality that some people don't respect this verdict and think that they want to take justice into their own hands."

Zimmerman echoed the defense team's assertion that race "wasn't an element in this case" and blamed the media for making it into an issue.

"NBC had a lot to do with pushing that narrative by editing George's non-emergency call to the police to suggest ... that George had called the police to report a person who was suspicious because he's black, because he's wearing a hoodie," he said.

Asked whether he ever questions his brother's decision to shoot during the fatal confrontation of Feb. 26, 2012, Zimmerman said "absolutely not."

Zimmerman said he takes "exception" to the notion that Trayvon Martin was "unarmed" just because he didn't have a gun.

"He used the sidewalk against my brother's head," he said.