Accessibility links
New Moon Found Orbiting Neptune, But What To Call It? : The Two-Way Just 12 miles across, the little moon was discovered in photos taken by the Hubble Space Telescope. When scientists recently rejected Vulcan as the name for one of Pluto's moons, Star Trek fans complained. Naming conventions will bar Vulcan from being used for Neptune's moon as well.

New Moon Found Orbiting Neptune, But What To Call It?

New Moon Found Orbiting Neptune, But What To Call It? 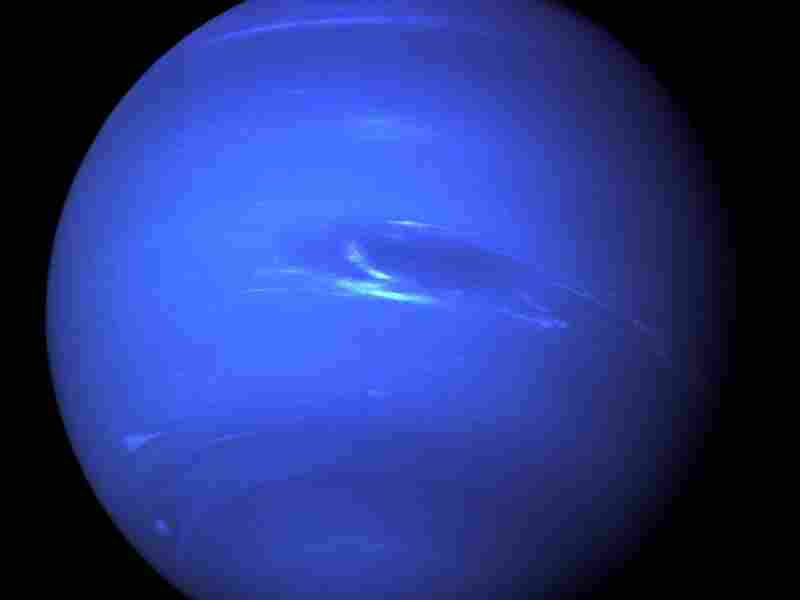 Even the Voyager 2 spacecraft missed the new moon when it flew past Neptune in 1989. NASA hide caption 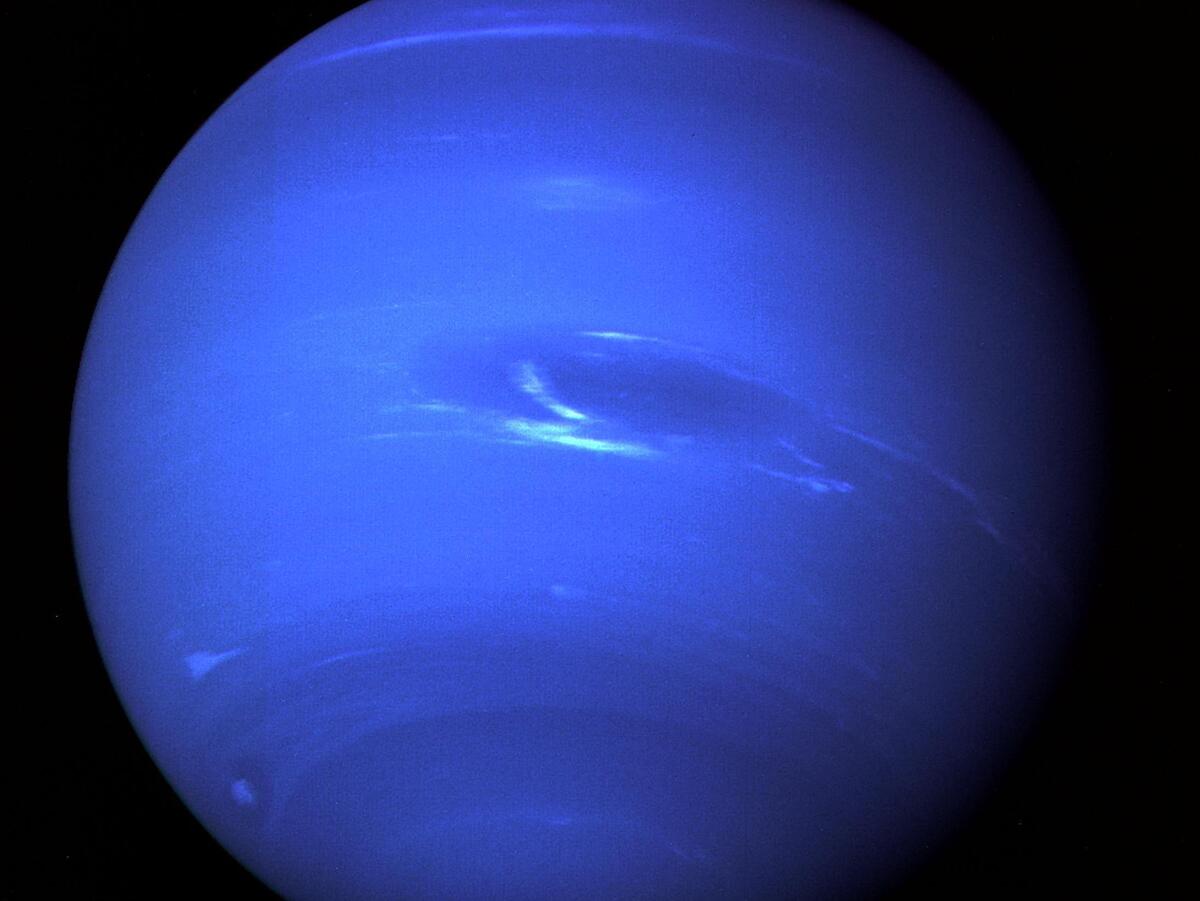 Even the Voyager 2 spacecraft missed the new moon when it flew past Neptune in 1989.

The tiny moon, just 12 miles across, was discovered in more than 150 pictures of Neptune taken by the Hubble Space Telescope between 2004 and 2009.

The moon was barely visible in any one photo, but by combining multiple images, astronomer Mark Showalter of the SETI Institute in Mountain View, Calif., was able to catch it as it flitted around the giant planet once every 23 hours.

The newly discovered moon is the smallest of Neptune's 14 known moons. For the moment, it's known as S/2004 N1, but Showalter and his team will soon give it a catchier name. They recently stirred controversy by putting the names of two new moons of Pluto up to an Internet vote. As NPR reported just weeks ago, the runaway winning title, Vulcan, was rejected by astronomy's international naming police. The rejection came in part because the god Vulcan is unrelated to the underworld, the theme to which Pluto's moons must adhere.

Trekkies the world over, including William Shatner, mounted a vigorous protest following Vulcangate. Shatner, the original Capt. Kirk, weighed in Monday afternoon on the suggestion that Neptune's new moon might eventually be named Vulcan. He noted that naming conventions work against Vulcan once again.

Yes, I have heard about the new Neptune moon but the naming conventions are that they are named after water deities from Greek Mythology.

Shatner's right. Vulcan was the Roman god of fire, not a water deity.

Showalter, meanwhile, says that the team wants to let the public vote for the name of Neptune's new moon too, but the final choice will have to fit with convention. And, he says, it will have to avoid pop-culture references: "Aquaman is not a Greek or Roman character I'm afraid."