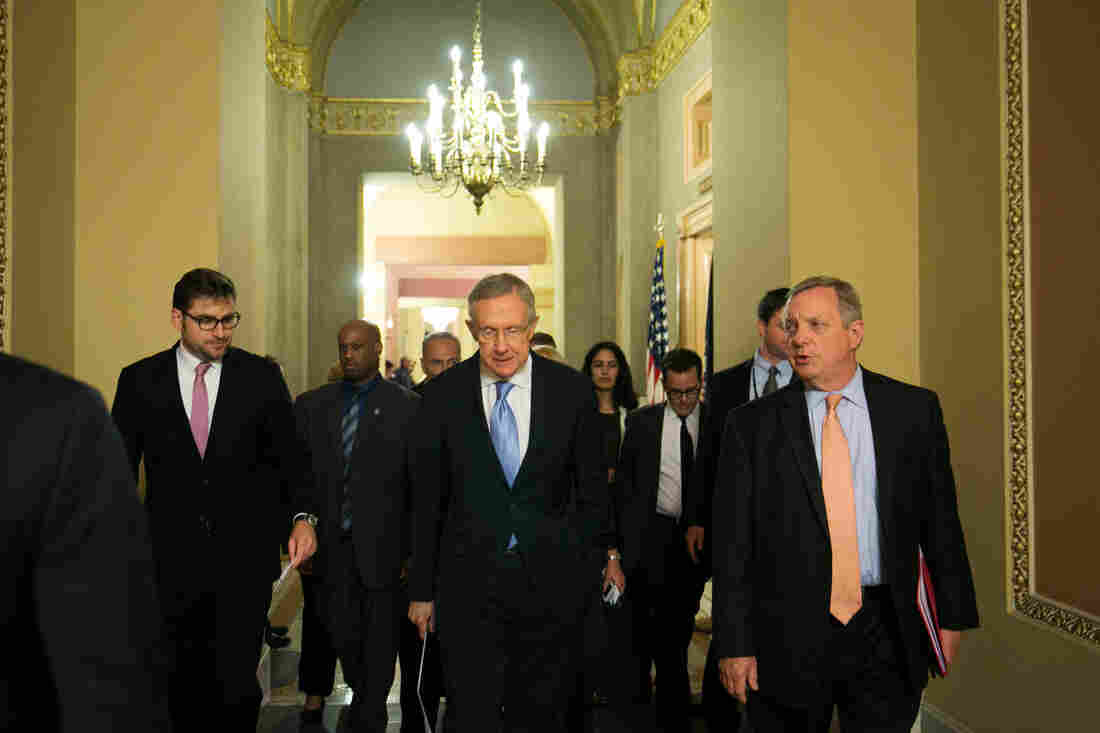 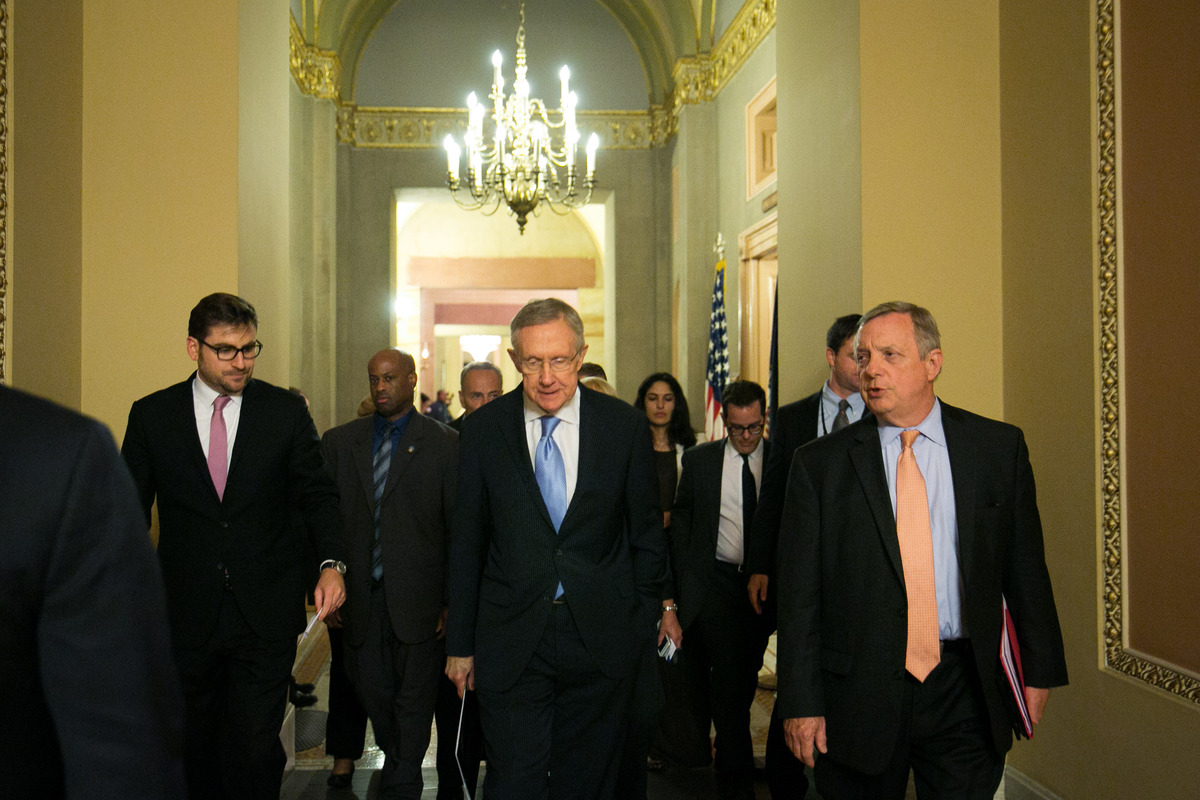 In the shadow of a dramatic showdown over the filibuster of White House nominations, the Senate voted to advance the nomination of Richard Cordray to head the Consumer Financial Protection Bureau.

The 71-29 cloture vote means the nomination overcame the 60-vote threshold needed to break a filibuster and bring the nomination up for an up-or-down vote before the Senate.

Cordray had waited almost two years for this day, but looking at the larger picture, the vote is significant because it cools tensions between Republicans and Democrats. As Mark reported, before a rare closed-door session yesterday in which all 100 senators were invited, Senate Majority Leader Harry Reid, D-Nev., threatened to use the "nuclear option" to advance President Obama's nominations. That means Reid would change "the chamber's rules to make it much harder for the minority party to filibuster."

The Washington Post reports that today's vote was a test for a "tentative deal" that avoids the constitutional showdown.

Our friend Frank James explained the showdown at length over at It's All Politics. The Post also has a quick explainer on the fight.

As expected, the Senate has voted to make confirm Cordray as head of the Consumer Financial Protection Bureau. The vote was 66-34.

They are, the White House says:

-- Kent Yoshiho Hirozawa, of New York. he is now the NLRB's chief counsel.

-- Nancy Jean Schiffer, of Maryland. She has been an associated general counsel at the American Federation of Labor and Congress of Industrial Organizations (AFL-CIO).

Also Tuesday afternoon, the White House released this statement from the president:

"I'm pleased that the Senate took action today to move forward on the nominees who have waited far too long for a vote. Over the last two years, I've nominated leaders to fill important positions required to do the work of the American people, only to have those positions remain unfilled – not because the nominees were somehow unqualified, but for purely political reasons.

"I want to thank the Senators from both parties – including Leader Reid, Leader McConnell and Senator McCain – who have worked together to find a path forward and give these nominees the votes they deserve. In the weeks ahead, I hope the Congress will build on this spirit of cooperation to advance other urgent middle-class priorities, including the need to take action to pass commonsense immigration reform and keep interest rates on student loans low for families trying to afford a higher education."

In the excerpt below from the Los Angeles Times, there was a reference to Cordray's nomination having been blocked since last year. As we wrote above, though, it's been two years since he was nominated. To avoid confusion, we've removed the reference to "last year" from the Times' excerpt.

Politico and the Los Angeles Times are reporting some details of the deal that led to this vote. The Times sums up:

"Senate officials said that under the tentative deal, the Senate would approve five nominees who have been stalled, including President Obama's pick to head the Consumer Financial Protection Bureau. ... The list would also include Obama's choices to head the Department of Labor and the Environmental Protection Agency.

"... According to Sen. John McCain (R-Ariz.), two nominees for the National Labor Relations Board would be dropped, but under the agreement, Obama will immediately make two new nominations which will be considered by the Senate under expedited procedures designed to have them in office by August."

Of course, the Republican end of the bargain is that the Senate rules remain intact. That is, a nomination needs 60 votes before it can move forward.