Accessibility links
In India, At Least 22 Children Die After Eating Poisoned School Lunch : The Two-Way The tragedy sparked violent protests in the eastern state of Bihar. A mob smashed the windows of police buses and overturned a police booth. All of the children who died were between the ages of 8 and 11. 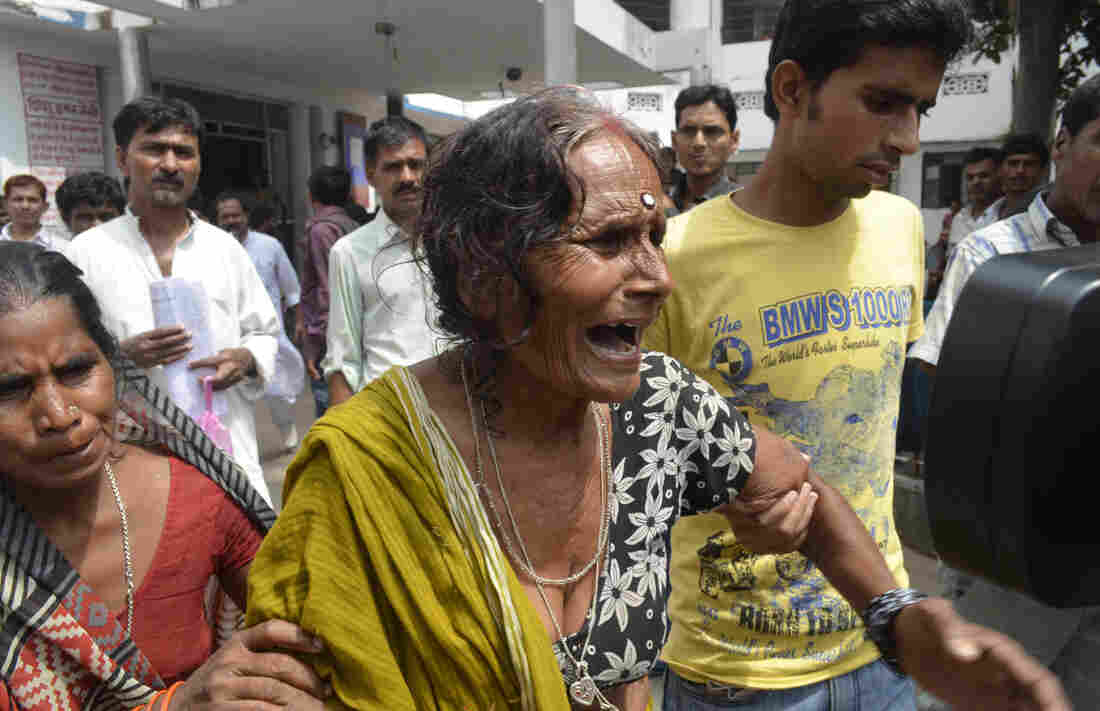 A woman cries after her grandson, who consumed a poisoned meal at a school on Tuesday, died at a hospital in the eastern Indian city of Patna. Reuters /Landov hide caption 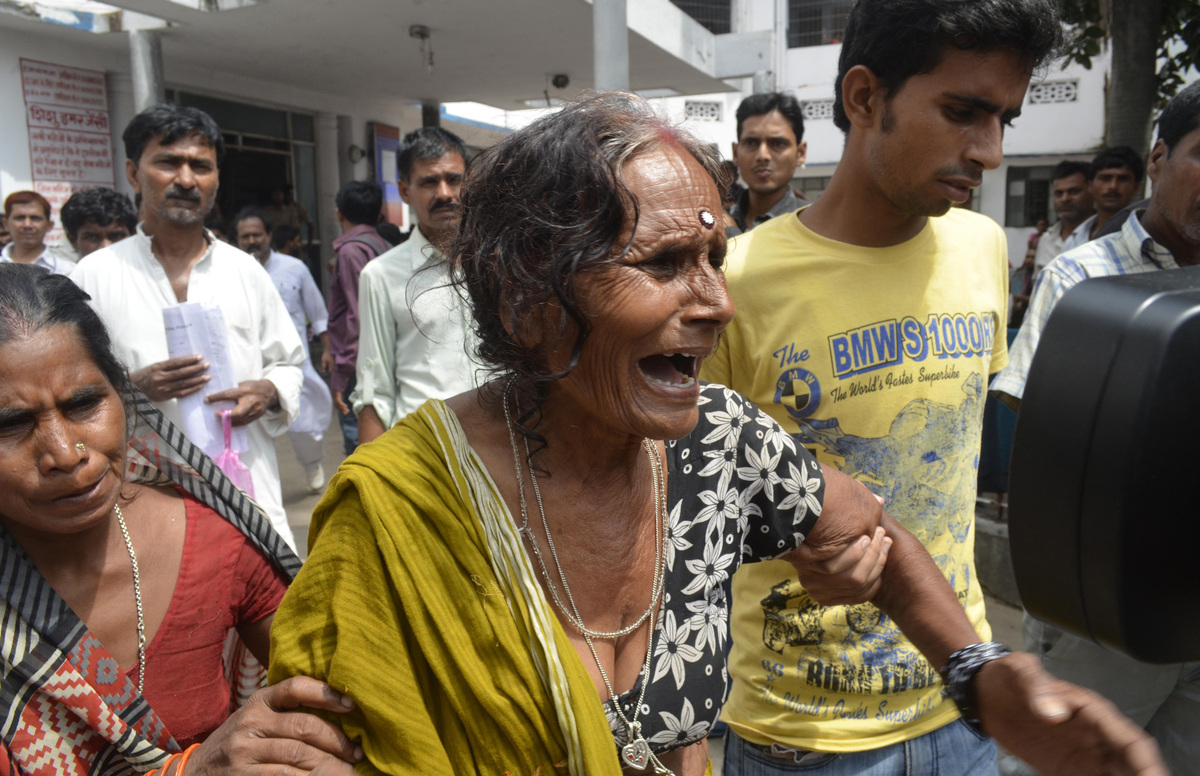 A woman cries after her grandson, who consumed a poisoned meal at a school on Tuesday, died at a hospital in the eastern Indian city of Patna.

At least 22 children are dead in India after they ate a poisoned school lunch Tuesday at a school in the eastern state of Bihar.

The images are horrific. The AFP reports:

"There were emotional scenes as children, their limbs dangling and heads lolling to one side, were brought to a hospital in the Bihar city of Chhapra.

"Other children, lying listless on stretchers, were placed on intravenous drips amid chaotic scenes at the hospital. Outside, inconsolable relatives wept.

" 'My children had gone to school to study. They came back home crying, and said it hurts,' one distraught father told the NDTV network.

" 'I took them into my arms, but they kept crying, saying their stomach hurt very badly.' "

Perhaps just as heartbreaking: The New York Times reports that after noticing that the children were ill, "the school's teachers and administrators fled the school, according to Dr. Shambhu Nath Singh, the deputy superintendent of the government hospital in Bihar's Saran District."

The Times reports that universal free school lunches were implemented in the country by a 2001 Supreme Court order that concluded it would reduce the level of malnutrition in children. The Times adds:

"In Bihar alone, 20 million children participate in the program, which is administered by state officials.

"Many states provide the food by hiring charities, some of which are linked to powerful politicians. The programs have been credited with improving school attendance, sometimes substantially. And with some surveys suggesting that nearly half of Indian children suffer some form of malnutrition, the programs serve a vital health purpose. But complaints about the quality of the food are common."

IBN reports that following the tragedy, a group of residents rioted. They took to the streets with sticks and smashed the windows of police cars, torched at least one and destroyed a police booth.

The Indian news network reports that the education minister said it is still unclear whether lunches were intentionally poisoned.

The AP reports that 26 other children were hospitalized, 10 of whom were in serious condition. All the children were between the ages of 8 and 11.

The AP, The Guardian, IBN and The Hindu now say at least 22 children have died.

Quoting the state's education minister, the BBC says the school's cook, who ate a bit of rice and was in stable condition at the hospital, said she suspected the poisoning was caused by a new type of cooking oil, which looked "discolored and dodgy."

The BBC goes on:

"[The cook] drew it to the attention of the teacher — who was in charge of the Mid-Day Meal Scheme at the school and had been transferred there recently - who said the 'oil was home-made and safe to use.'

"The minister said the oil had been bought from the grocery store run by this teacher's husband."