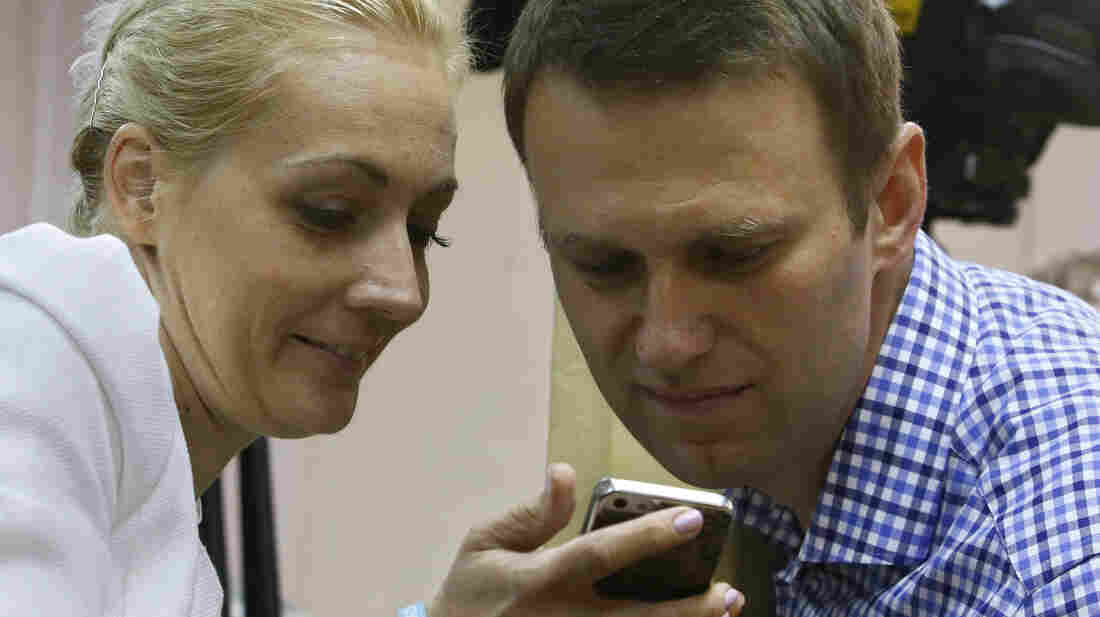 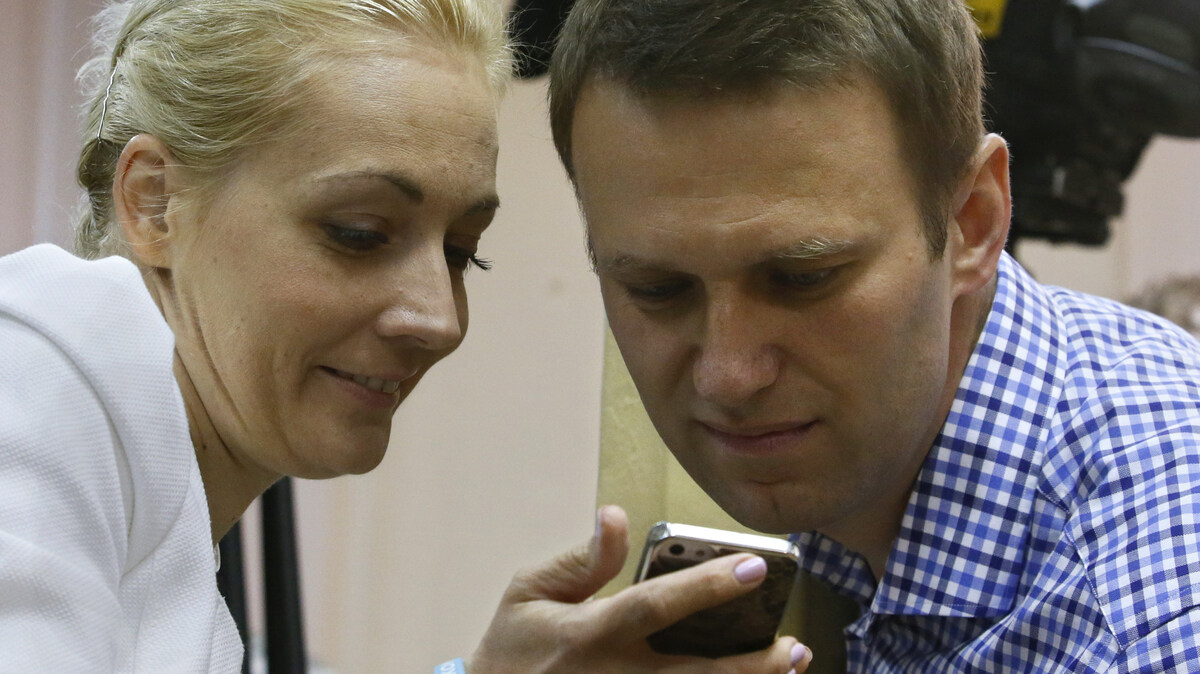 Russian opposition leader Alexei Navalny and his wife, Yulia, look at a mobile phone Thursday during his trial in Kirov, Russia. A Russian judge found Navalny guilty of embezzlement.

We have news this morning from Russia that opposition leader and Moscow mayoral candidate Alexei Navalny was convicted of embezzlement and sentenced to five years in prison.

"The judge found Navalny and his business partner guilty of embezzling nearly a half-million dollars' worth of timber from a state-owned company in 2009," NPR's Corey Flintoff tells our Newscast unit. "The case was previously dismissed for lack of evidence but later reinstated after Navalny published embarrassing revelations about the foreign assets owned by the head of Russia's investigative committee."

The case has heightened criticism that Russian authorities are stifling opposing voices.

Human Rights Watch notes: "The case is part of a broader government crackdown under way in Russia to silence a fierce critic and weaken the opposition movement. It is impossible to see this case through any lens other than a political one."

And Michael McFaul, the U.S. ambassador to Moscow, posted on Facebook: "We are deeply disappointed in the conviction of Aleksey Navalny and Petr Ofitserov and the apparent political motivations in this trial."

Corey had profiled Navalny in August 2012 when the charges were first brought:

"Navalny's self-appointed job has been to write about government corruption and shady dealings in his blog.

"The 36-year-old lawyer emerged as the most charismatic of the opposition leaders, working the crowds at anti-Putin rallies with a high-energy, call-and-response style.

"It doesn't hurt that he's a handsome man, with blue eyes and a distinctive cleft in his chin."

But Corey noted that while Navalny's profile would be raised by the government's action, "in the past, Navalny has shown a nationalist, anti-immigrant streak that worries some of his liberal supporters. He was involved in the founding of the nationalist group NAROD and declared that immigrants from Central Asia would never assimilate into Russian culture."

Peter Van Dyk reported on Navalny for NPR in December 2011 when the blogger was arrested following protests against Russian parliamentary elections. Peter noted how Navalny became famous: "It's his fight against economic corruption that has made Navalny famous. [He] had long been politically active, but it was only once he started to take on the state oil pipeline monopoly in 2007 — and blogged about it — that his profile began to rise."

"Mr. Navalny spent much of the court session defiantly posting commentary on Twitter, including a pointed assertion that all of the evidence against him had been fabricated. He ignored an order from the judge to shut off cellphones. As Judge Blinov pronounced the sentence, after more than three hours of reciting the facts of the case and reading his decision, Mr. Navalny was still using his phone.

"Mr. Navalny posted on Twitter: 'Ok. Don't miss me. And most importantly — do not be lazy." Referring to the Russian government, he added, "The toad will not remove itself from the oil pipeline.' "

After the judge read the verdict, Navalny was taken away in handcuffs.

Under Russian law, a convicted criminal cannot run for public office. The Guardian noted that Navalny "was forced to withdraw his candidacy in the wake of the verdict." But The Times noted that he "was officially registered for the mayoral race on Wednesday afternoon."