Accessibility links
Man Who Hoped To Testify Against Whitey Bulger Is Found Dead : The Two-Way Stephen Rakes said the gangster forced him — at gunpoint — to sell a liquor store. The cause of Rakes' death isn't yet known. Authorities say there were "no obvious signs of trauma." Rakes, who said he could speak for those who fear Bulger, was told this week he would not be called to the stand.

Stephen "Stippo" Rakes, who claimed that notorious Boston gangster James "Whitey" Bulger forced him — at gunpoint — to sell a liquor store in 1984, was found dead Wednesday in Lincoln, Mass.

According to the Middlesex (Mass.) District Attorney's office, "there were no obvious signs of trauma. The Office of the Chief Medical Examiner is conducting an autopsy to determine the cause and manner of death."

ABC News is reporting that "police told the Rakes family the death appeared to be a suicide. But a source close to the Rakes family [said] that 'he had no phone, no wallet, and police are still looking for his car.' "

Bulger, who was on the lam for 16 years before being captured in June 2011, is on trial in Boston. He's accused of 19 murders and racketeering. 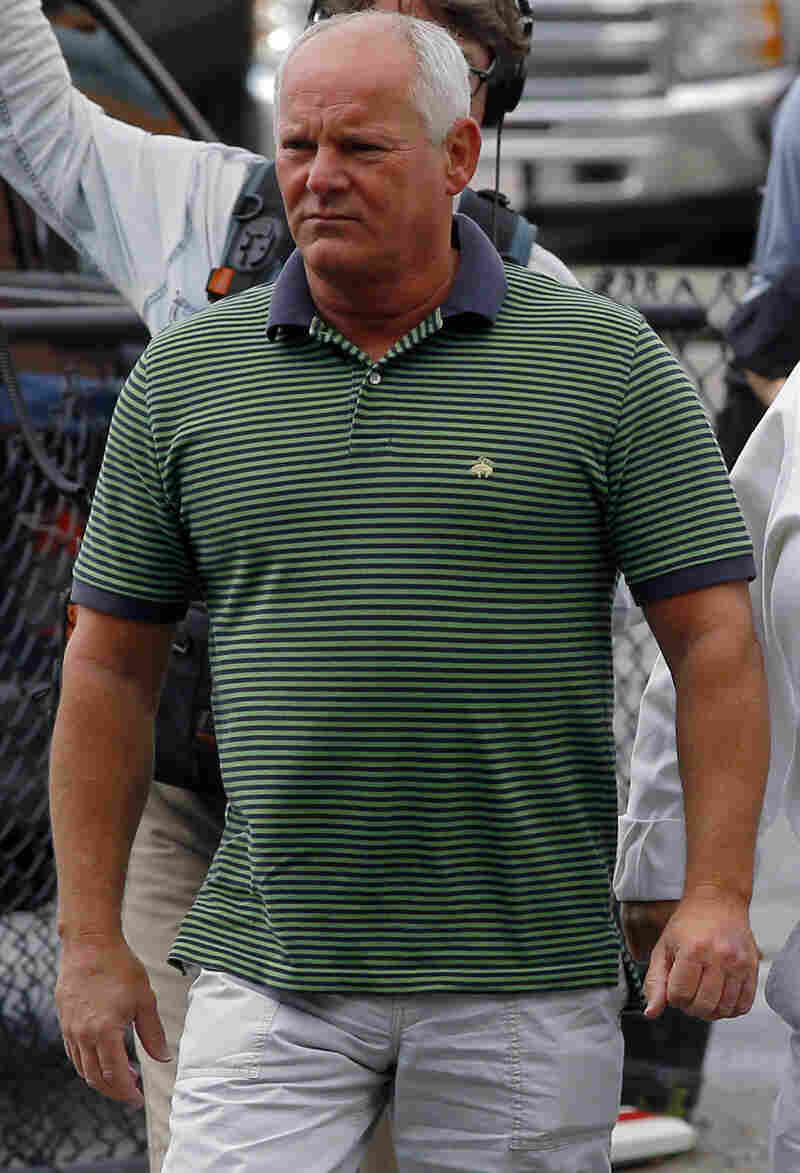 Stephen Rakes as he arrived at the U.S. Federal Courthouse in Boston on June 12 for the first day of the "Whitey" Bulger's trial. Brian Snyder /Reuters /Landov hide caption 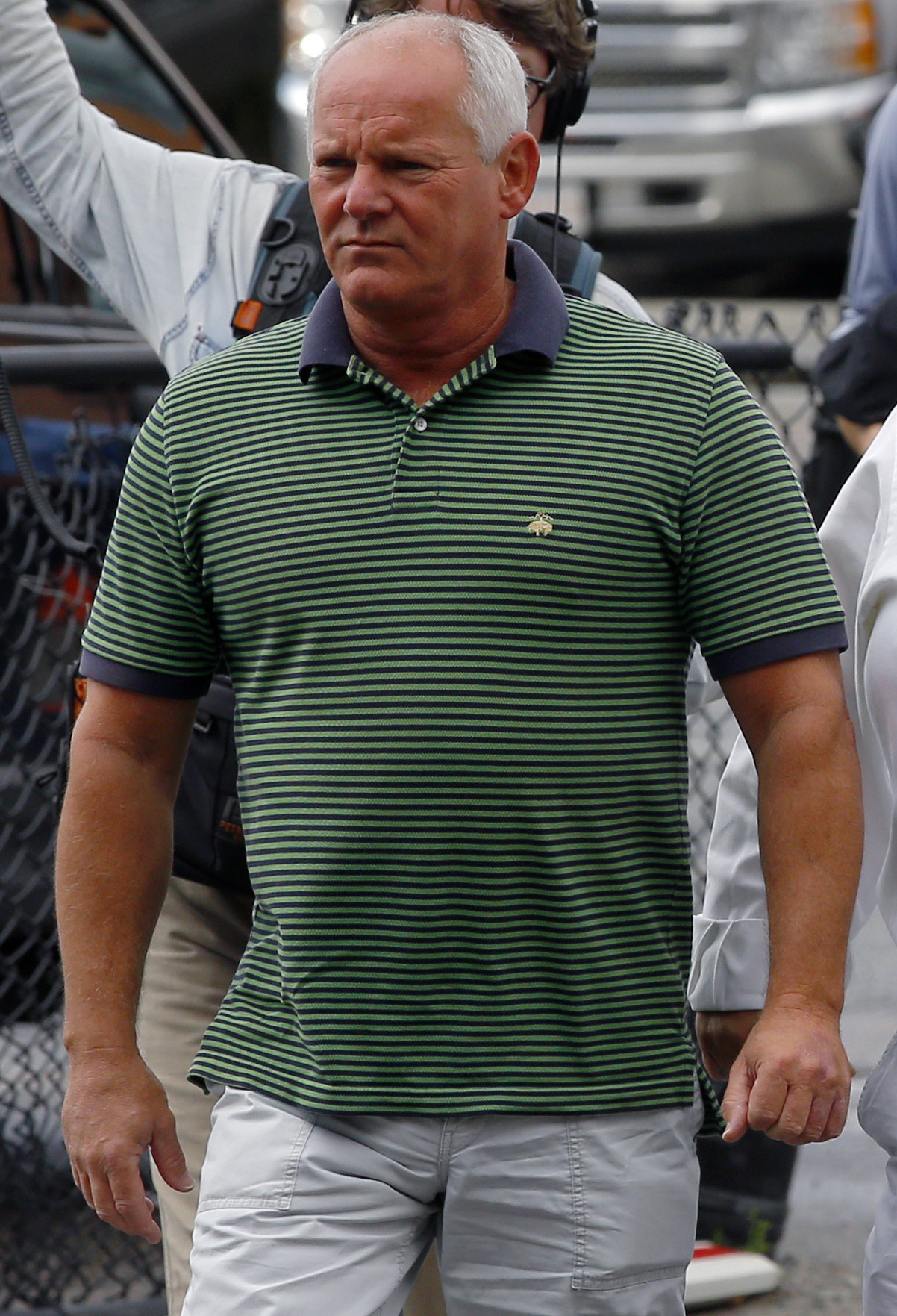 Stephen Rakes as he arrived at the U.S. Federal Courthouse in Boston on June 12 for the first day of the "Whitey" Bulger's trial.

Rakes, 59, had wanted to testify. Our colleagues at WBUR report that he "was on the witness list of U.S. Attorney Carmen Ortiz, but was told on Tuesday that prosecutors did not plan to call him to testify. WBUR adds that:

"The South Boston Liquor Mart, on Old Colony Avenue in South Boston, was operated as a legitimate business by Weeks, Bulger's right-hand man, and served as a meeting place for the gang.

"Earlier this month, Weeks was called as a witness for the prosecution, and his testimony included the takeover of the store. He disputed Rakes' account. Weeks claimed the gang had a deal to buy the liquor mart from Rakes for $100,000, but Rakes had changed his mind.

" 'He was trying to shake us out... he wanted more money from us,'" Weeks told the jury. 'It wasn't going to happen.' Weeks said he pulled out the gun. He said Rakes' daughter reached for the gun, so Bulger put it away."

The Boston Herald writes that:

" 'I'm not afraid of him anymore. I can't wait to get on the stand and look him right in the eyes,' he said. 'I come here to represent the victims that are afraid to come here. My friends. That's why I'm showing up. And there's not one. There's not 10. There's hundreds. ... They took everything from me. They don't care about nothing. They don't care about what they take from you.'

WBUR's extensive coverage of Bulger and his trial begins here.

NPR's Tovia Smith, who's been covering the trial, will have more on Thursday's All Things Considered. We'll add her report to the top of this post when it's ready. Click here to find an NPR member station that broadcasts or streams the show.