Accessibility links
Birds Teach The Air Force A Better Way To Fly : The Two-Way The V-shaped formation of geese in flight — known as "vortex surfing" — is being studied as a way to slash fuel bills at the Air Force's gas-guzzling Air Mobility Command.

Birds Teach The Air Force A Better Way To Fly

Birds Teach The Air Force A Better Way To Fly 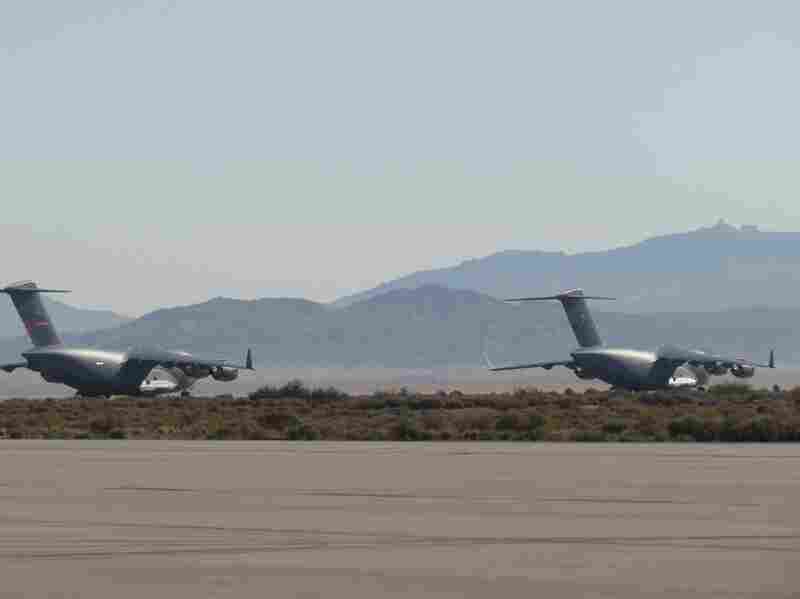 A pair of C-17 Globemaster IIIs on the ground at Edwards Air Force Base in California, where "vortex surfing" is being tested. U.S. Air Force hide caption 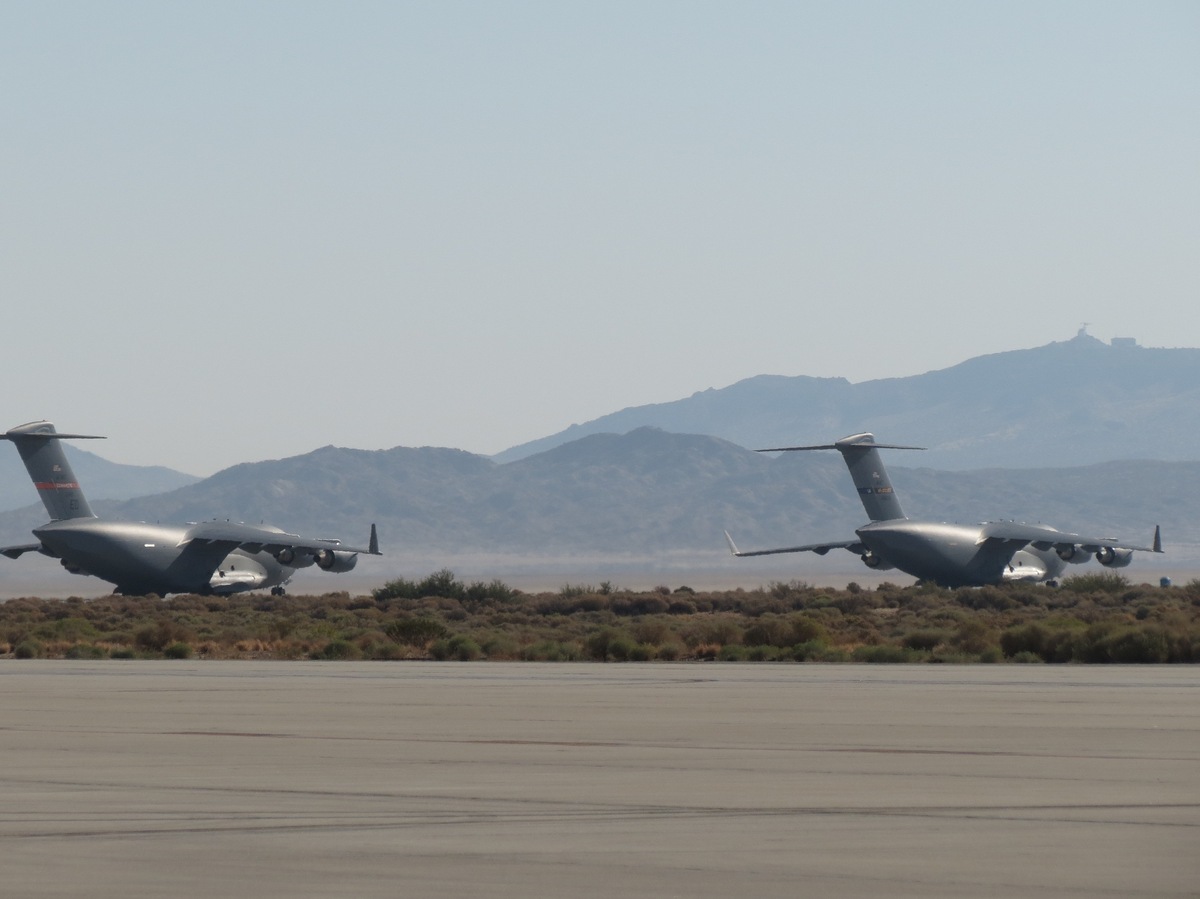 A pair of C-17 Globemaster IIIs on the ground at Edwards Air Force Base in California, where "vortex surfing" is being tested.

More than a century after the invention of powered flight, birds are still teaching us something about how to fly airplanes, with the Air Force studying the V-shaped formation of airborne geese as a way to save fuel.

The technical term is "vortex surfing" and it's already well-known — NASCAR drivers and Tour de France cyclists use it to "draft" off competitors.

The Air Force has been seriously testing the idea in recent years for its giant C-17 Globemaster III strategic air lifters as part of a program called SAVE (Surfing Aircraft Vortices for Energy). Air Force officials believe that flying planes in vortex-surfing formation could cut 10 percent to 20 percent off their fuel burn.

"People have been looking at how can we fly like birds probably since the earliest stages of aviation," Donald Erbschloe, the chief scientist at the Air Force's Air Mobility Command, told Foreign Policy in a telephone interview.

Erbschloe says that some years ago, a DARPA official suggested using a jet's autopilot to hold a similar formation. "That intrigued us quite a bit," he said.

Popular Mechanics explains how it works:

"The wingtips of every plane generate swirling coils of air called vortices. If an airplane is positioned in the right spot, the updraft from the vortex will help keep the airplane aloft."

"By riding that vortex, by surfing that vortex, we can transfer the energy that is lost by the lead aircraft and you can recapture some of that energy," says Erbschloe, himself a retired pilot.

Since the Air Mobility Command accounts for two-thirds of the Air Force's $9 billion annual fuel bill, the savings from flying its large transports in a more efficient way could be significant, according to Foreign Policy.

So why hasn't anyone thought of doing this before now? The answer, according to the magazine, is avionics and incentive: The jet instrumentation needed to keep the planes in a safe, tight formation is much better than it used to be. Now, tie that to budget constraints as Congress scrutinizes military spending.