Accessibility links
Scientists: Like Proust, Apes Have Autobiographical Memory : The Two-Way In an experiment, chimpanzees and orangutans recalled cues they were exposed to three years earlier. Scientists say this strongly hints at a trait many believed was uniquely human. 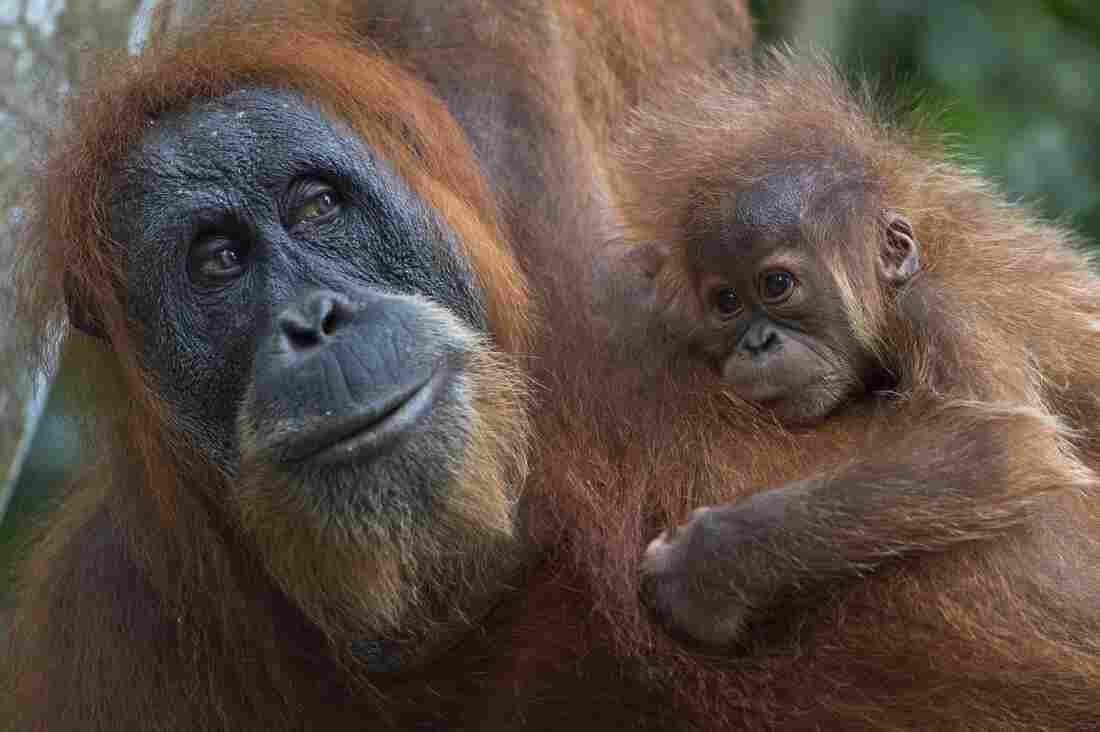 An endangered Sumatran orangutan with a baby clings on tree branches in the forest of Bukit Lawang, part of the vast Leuser National Park, in Indonesia's Sumatra island. Romeo Gacad/AFP/Getty Images hide caption 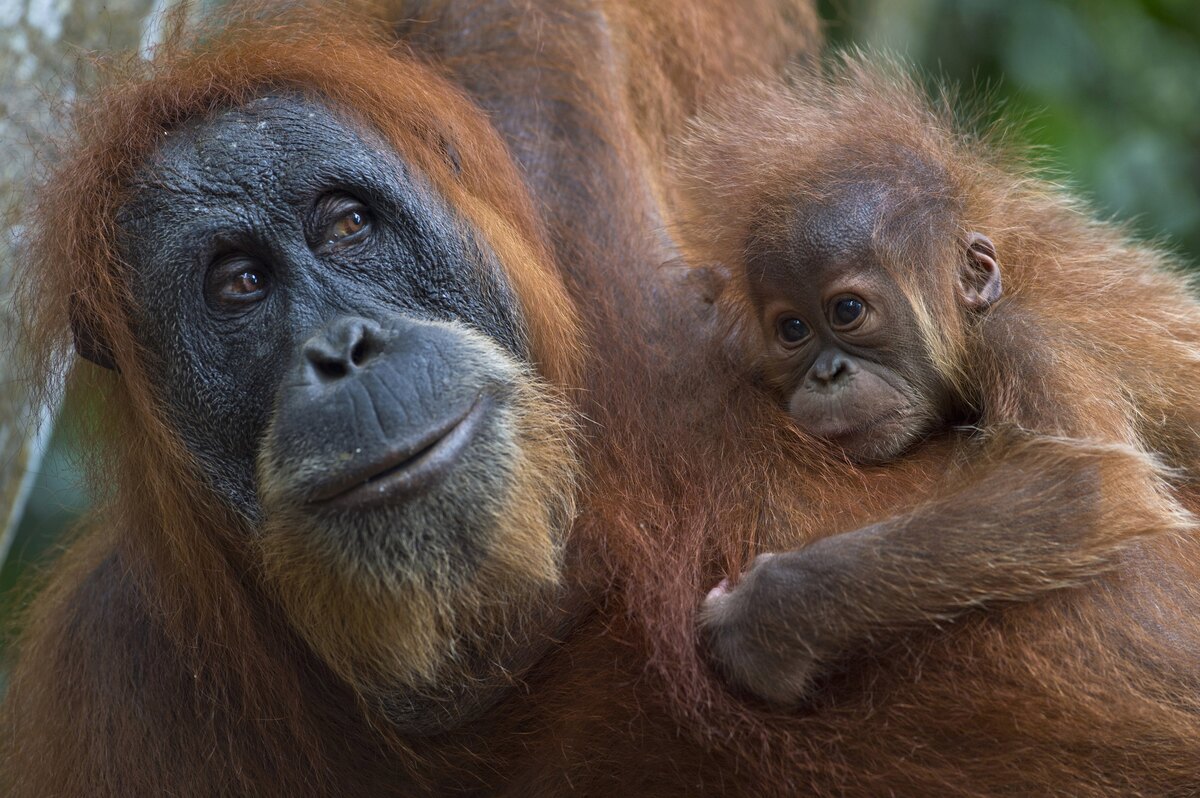 An endangered Sumatran orangutan with a baby clings on tree branches in the forest of Bukit Lawang, part of the vast Leuser National Park, in Indonesia's Sumatra island.

In Remembrance of Things Past, Marcel Proust marvels at how the taste of "plump little cakes called 'petites madeleines'" brought forth memories of Sunday mornings at Combray when he walked into to his aunt Léonie's bedroom to say good morning.

Proust describes what scientists came to term an autobiographical memory. It's the kind of thing that many thought was uniquely human.

A new study, detailed in the current issue of the journal Current Biology, reports that chimpanzees and orangutans were able to recall cues they were exposed to three years earlier.

"I think what it tells us is our memory system is not as unique as we thought it was," Gema Martin-Ordas of Aarhus University in Denmark, lead author of the study, told The Los Angeles Times.

The Times explains the experiment:

"Three years ago, Martin-Ordas hid two different sticks in separate slotted boxes and put banana pieces on platforms that were out of reach. Then she let the apes solve the problem. The chimps and orangutans then moved on to many other experiments over the years.

"'They get a lot of experiments every day,' Martin-Ordas said.

"Three years later, all but one of the 12 apes that had been exposed to the trick found the stick and got the fruit, within five seconds. Seven others that hadn't been exposed didn't find the tool by the end of a five-minute session."

According to a press release put out by Aarhus University, the apes had only performed the experiment four times.

"We know that humans often have spontaneous autobiographical memories when given specific clues, in the exact same way as the chimpanzees and orangutans in the experiment. This indicates that, evolutionarily speaking, this spontaneous part of human memory is very old," Professor Dorthe Berntsen, co-author of the study said in a statement.

Of course, not everyone agrees this experiment proves apes have autobiographical memory. Science Now reports:

"'Is there evidence here for 'cued recall,' as the authors argue? No,' says Martin A. Conway, a memory researcher at City University London. Conway does think the apes have 'moment-by-moment episodic memory, but they are not saying to themselves, "I can't believe it. I'm back in this stupid lab with this stupid test." Believe me, that's not what they're doing.'

"Perhaps not, but the experiments do 'move us significantly closer to showing that chimpanzees and orangutans have humanlike episodic memory,' agrees Michael Corballis, a cognitive psychologist at the University of Auckland in New Zealand, who helped invent the term mental time travel and used to be among those who argued that animals are stuck in time—a phrase that now seems increasingly out-of-date."