Accessibility links
A Year After Aurora Shooting, Alleged Shooter's Case Drags On : The Two-Way Prosecutors and defense lawyers are wrangling over the details in the case against James Holmes, who is currently undergoing psychiatric evaluation to determine his mental state at the time of the shooting.

A Year After Aurora Shooting, Alleged Shooter's Case Drags On

A Year After Aurora Shooting, Alleged Shooter's Case Drags On 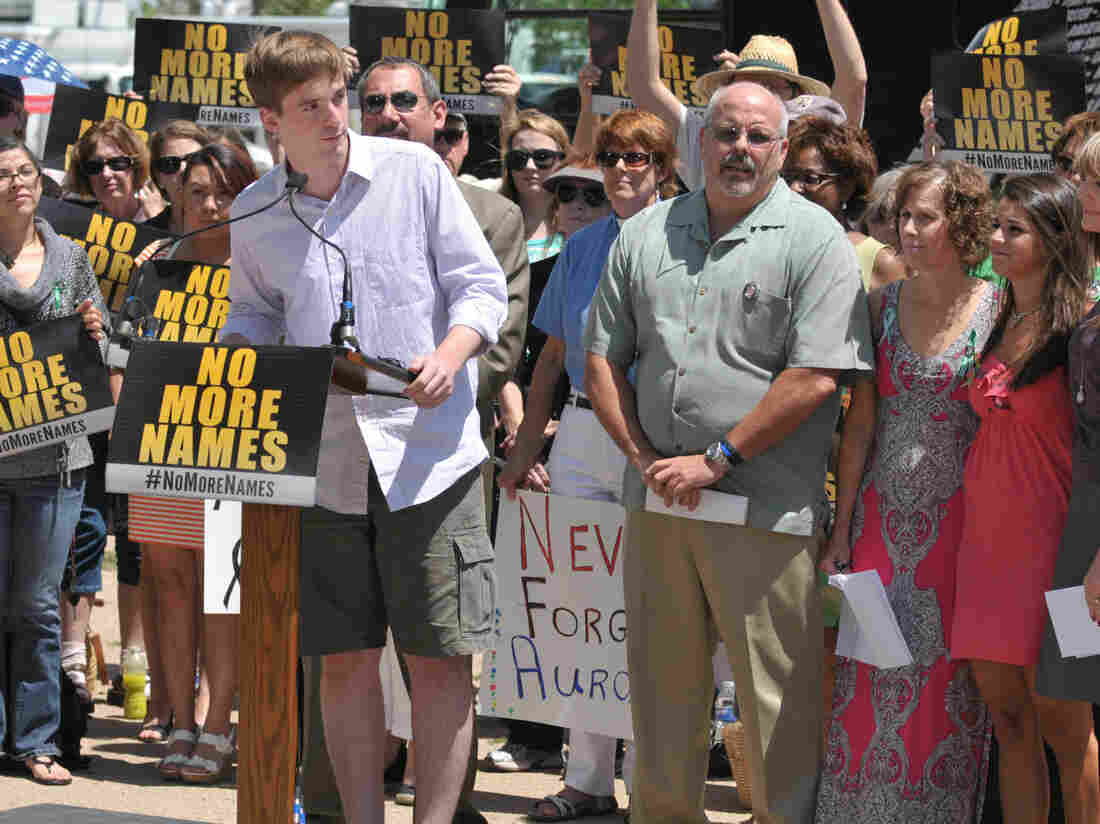 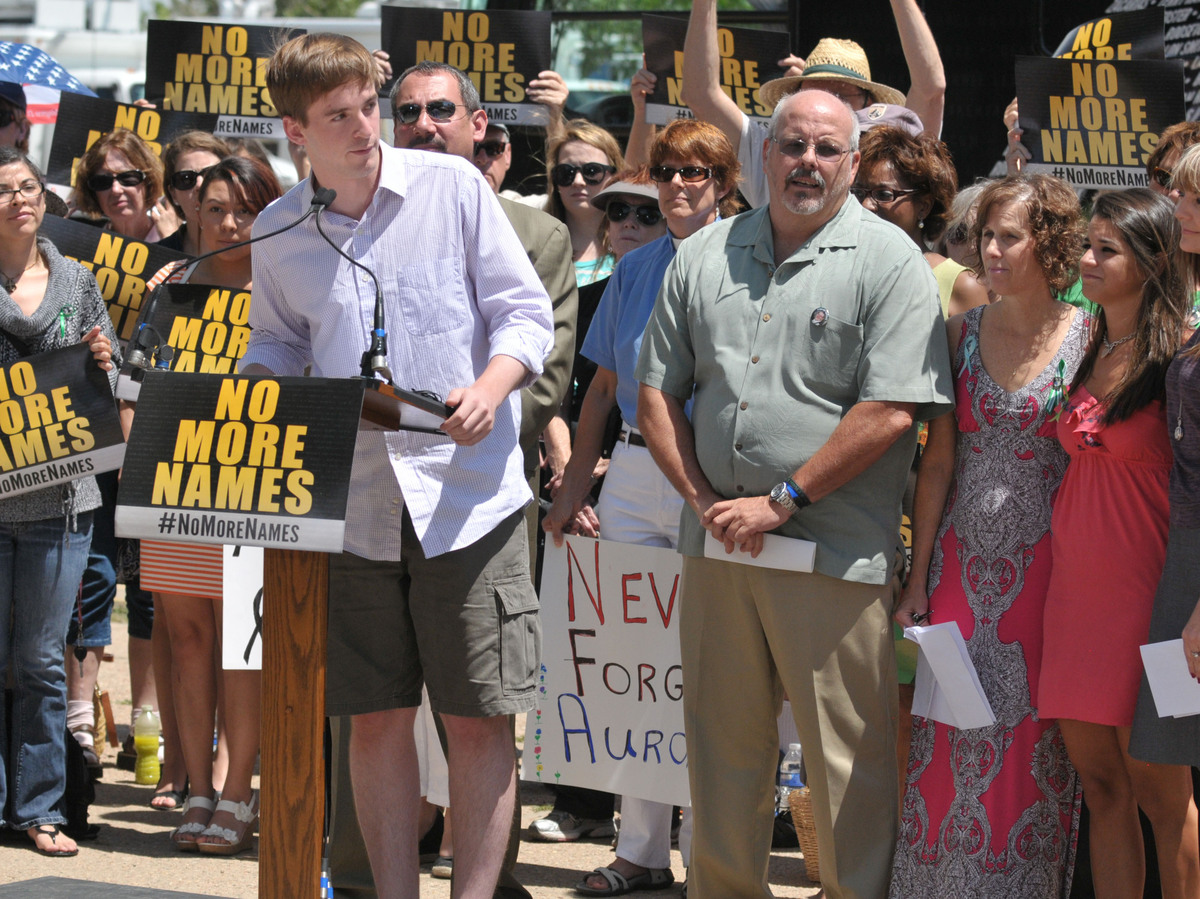 Stephen Barton attends a memorial for the victims of the 2012 Aurora mass shooting held at Cherry Creek State Park in Aurora on Friday.

One year ago, a hail of gunfire interrupted a midnight screening of the Batman film The Dark Knight Rises in Aurora, Colo., sending theatergoers scrambling for cover. Twelve people were killed and 70 others wounded in the mass shooting.

The city of Aurora on Saturday was holding a day of remembrance to honor the victims, beginning with a community gathering on the lawn outside the city's municipal center. Also planned was a short ceremony of songs and prayers and remarks by Aurora Mayor Steve Hogan and Colorado Gov. John Hicklenlooper.

"It's a case where you have the prosecution pursuing a death penalty and you have the defense entering an insanity plea – both of those are just very slow processes," Verlee says.

She says that as the lawyers make their arguments, Holmes, now 25, is being examined at the state hospital in Pueblo, where he is undergoing a mental evaluation.

"The doctors there say it is going to take a number of months to reconstruct his mental state last July around the attack," she says. "That's a very painstaking process, so that's slowing down the case as well."

In recent hearings, prosecutors "displayed photos of Holmes that he took of himself before the attack, dressed in tactical gear, with his hair in that very shocking bright orange color that you saw in the early photos," she says. "Those were meant to speak to his culpability, his awareness of what he was about to do. We also got some pretty horrifying descriptions of the damage he allegedly did that night."

Verlee says, "the defense actually admitted for the first time that Holmes was the shooter on July 20 but ... said he was in the grips of a psychotic episode that night. So, we get these hints of where they are going to take their case."