Accessibility links
No-Fly Zone In Syria Could Cost $1B A Month, U.S. General Says : The Two-Way Gen. Martin Dempsey, the chairman of the Joint Chiefs of Staff, has outlined the options and risks of U.S. military involvement in Syria. Read his letter to the chairman of the Senate's Armed Services Committee.

On 'Morning Edition': The World Food Program's Muhannad Hadi talks about the crisis in Syria

Listen
No-Fly Zone In Syria Could Cost $1B A Month, U.S. General Says

No-Fly Zone In Syria Could Cost $1B A Month, U.S. General Says

On the heels of another deadly day in Syria — where about 100,000 people have died in the past two years and several million more have been displaced by battles between government forces and those trying to topple President Bashar Assad's regime — we're getting a look at what the USA's top general thinks about the options available to the U.S. for intervening militarily. 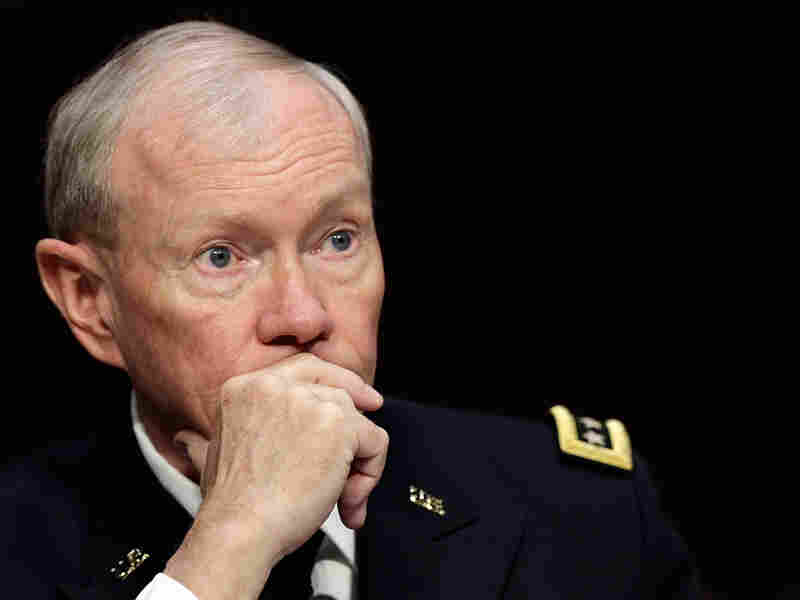 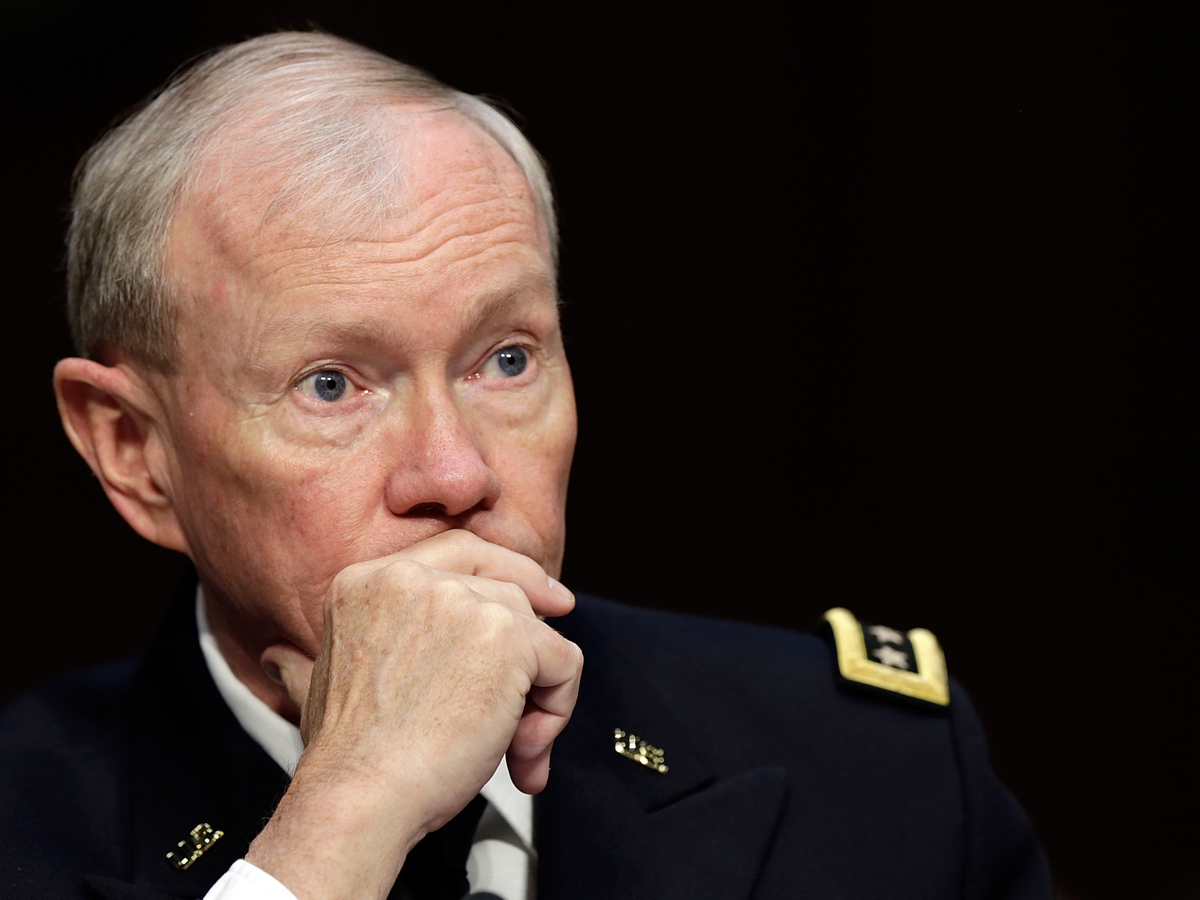 Chairman of the Joint Chiefs of Staff Gen. Martin Dempsey.

-- Establishing a no-fly zone over Syria to "prevent the regime from using its military aircraft to bomb and resupply" would cost "$500 million initially ... [and] as much as a billion dollars per month over the course of a year."

Dempsey says a no-fly zone could eliminate the Assad regime's "ability to bomb opposition strongholds and sustain its forces by air." But the risks, he writes, "include the loss of U.S. aircraft, which would require us to insert personnel recovery forces. It may also fail to reduce the violence or shift the momentum because the regime relies overwhelmingly on surface fires — mortars, artillery, and missiles."

-- "Limited stand-off strikes" from aircraft, ships and submarines could also cost billions of dollars and likely would result in the "significant degradation of regime capabilities and an increase in regime desertions." But, he says, "retaliatory attacks are also possible, and there is a probability for collateral damage impacting civilians and foreigners inside the country."

The general also addresses the option of training the opposition, which he says would need to be done in "safe areas outside Syria" and runs the risk of "extremists gaining access to additional capabilities, retaliatory crossborder attacks, and insider attacks or inadvertent association with war crimes due to vetting difficulties."

On 'Morning Edition': The World Food Program's Muhannad Hadi talks about the crisis in Syria

Establishing "buffer zones" within which civilians could be safe, Dempsey advises, would "necessitate the establishment of a limited no-fly zone, with its associated resource requirements. Thousands of U.S. ground forces would be needed, even if positioned outside Syria, to support those physically defending the zones. A limited no-fly zone coupled with U.S. ground forces would push the costs over one billion dollars per month."

In what looks to be an indirect reference to how the Iraq War was conducted, Dempsey also writes that:

"We have learned from the past 10 years; however, that it is not enough to simply alter the balance of military power without careful consideration of what is necessary in order to preserve a functioning state. We must anticipate and be prepared for the unintended consequences of our action. Should the regime's institutions collapse in the absence of a viable opposition, we could inadvertently empower extremists or unleash the very chemical weapons we seek to control."