Accessibility links
Anthony Weiner Acknowledges More Inappropriate Messages : The Two-Way According to a "nightlife" website, Weiner sexted with an unidentified woman about a year after he resigned from Congress. Weiner is trying to revive his political career with a run for New York City mayor. 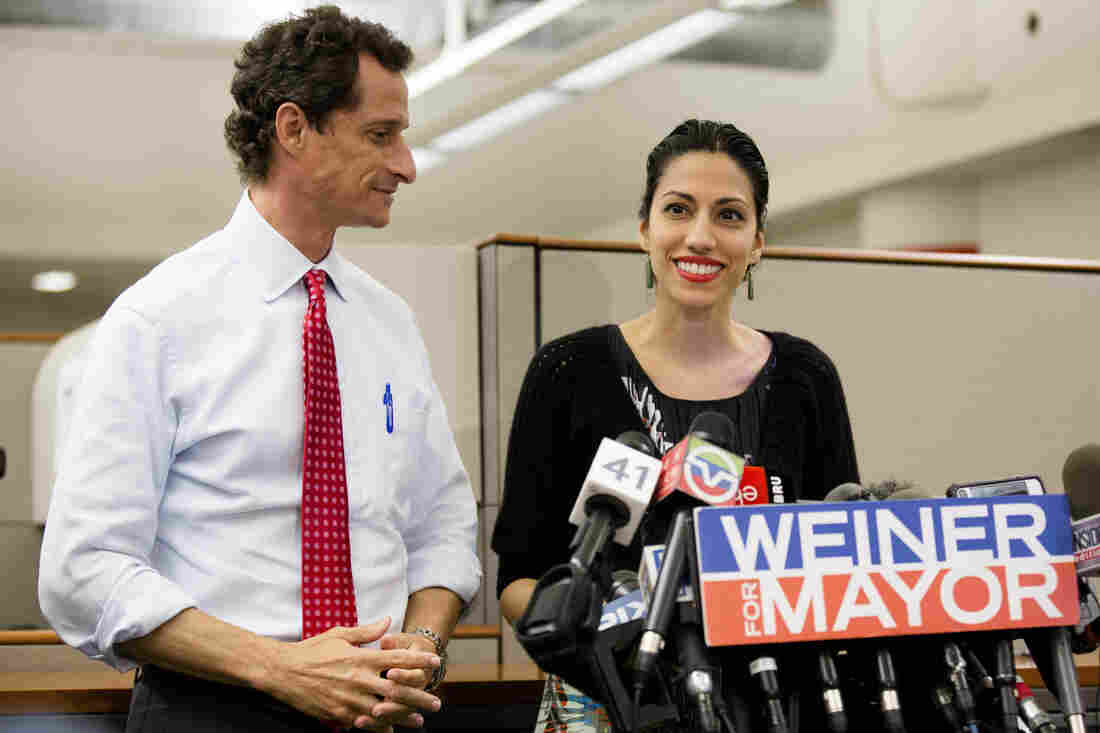 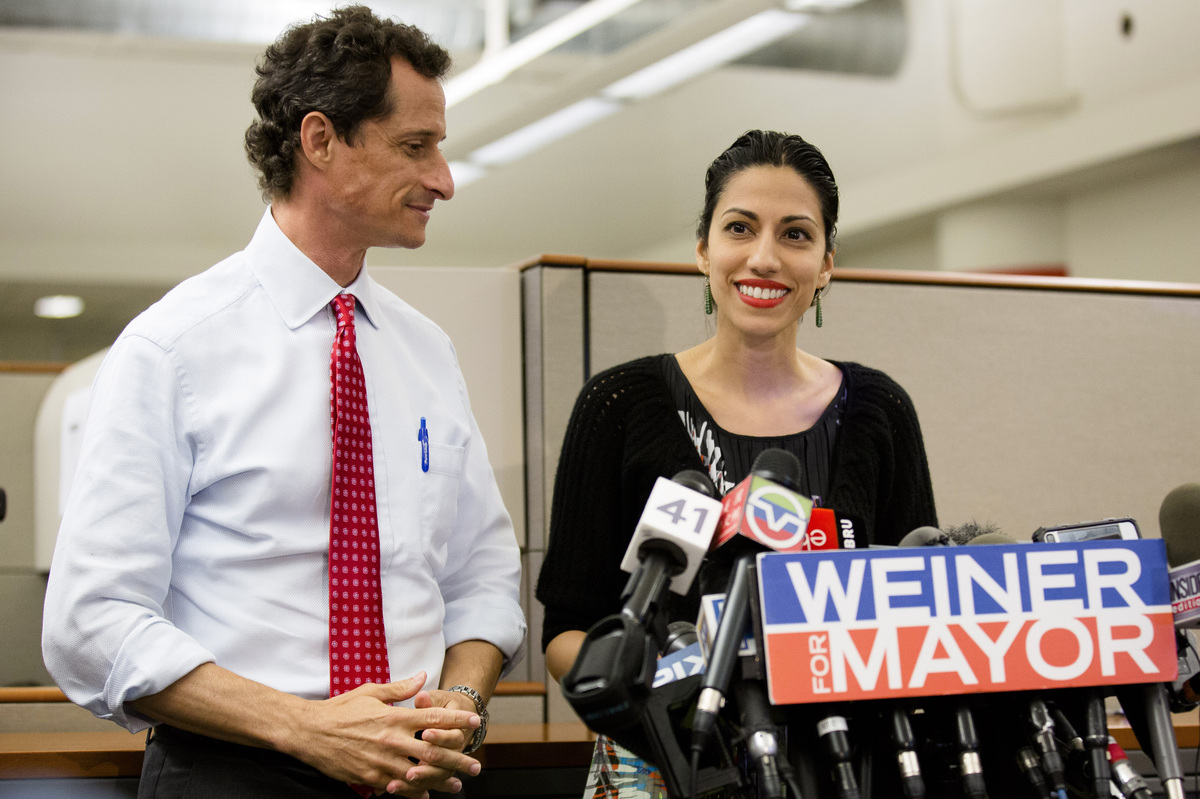 New York City mayoral candidate Anthony Weiner says he did, indeed, trade lewd messages with a woman after his departure from Congress.

Weiner, if you remember, resigned from his seat in the U.S. House of Representatives in 2011 due to an extramarital sexting scandal and the lies he told to try to cover up what he had done.

Today, TheDirty.com — described by Buzzfeed as a "nightlife site" — revealed a series of explicit messages and pictures sent from Weiner to an unidentified woman. Weiner confirmed that he sent some of the lewd messages as late as the summer of 2012.

After the original scandal, Weiner stayed away from the limelight. But he returned to politics earlier this year, announcing a run for New York City mayor. The announcement was preceded by a media blitz, in which Weiner and his wife Huma Abedin — a long-time aide to Hillary Clinton — appeared to talk frankly about the struggles stemming from the scandal. The New York Times Magazine ran a lengthy feature, the central message of which was that Weiner and his wife had mended fences and Weiner had learned his lesson.

USA Today reports that Weiner's campaign issued a statement saying some of the allegations made by The Dirty were true, that Weiner had continued sexting even after he resigned his seat in June of 2011.

"I said that other texts and photos were likely to come out, and today they have," Weiner said in a statement, according to USA Today. "These things that I did were wrong and hurtful to my wife and caused us to go through challenges in our marriage that extended past my resignation from Congress."

"While some things that have been posted today are true and some are not, there is no question that what I did was wrong. This behavior is behind me. I've apologized to Huma and am grateful that she has worked through these issues with me and for her forgiveness. I want to again say that I am very sorry to anyone who was on the receiving end of these messages and the disruption that this has caused. As my wife and I have said, we are focused on moving forward."

"I love him; I have forgiven him. I believe in him and as we had said from the beginning, we are moving forward."

She said that like many marriages, theirs had had many ups and downs, and that while "it was not an easy choice in any way," she had decided to stay with Weiner for herself, for her son and her family.

She said when she made the decision, she did not know how it would end up, but "I did know that I wanted to give it a try."

Abedin stood by Weiner as he said that they had talked about these indiscretions before he decided to run for mayor. He essentially said this was old news — that his sexting did not end after his congressional resignation, but that he and his wife had worked through it.

"I'm responsible for this behavior that led us to be in this place, but in many ways things are not that much different than they were yesterday," Weiner said.

Weiner was asked if he had stopped sexting now.

"This is entirely behind me," he said. "We are going to move forward."